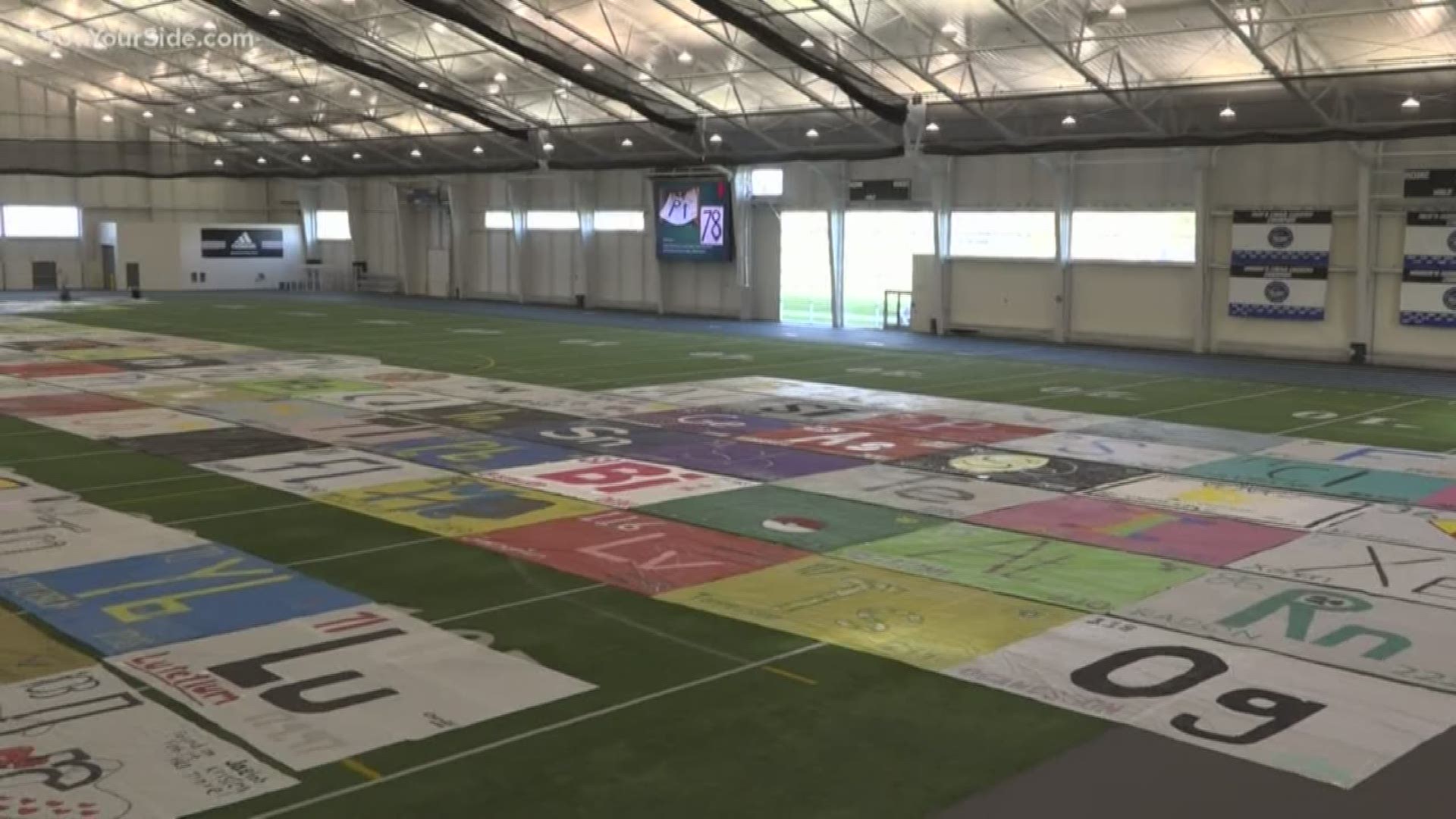 ALLENDALE, Mich. — It's National Chemistry week, and the American Chemistry Society's West Michigan branch is celebrating in a record-breaking way.

In honor of the 150th anniversary of the periodic table, the group unveiled its attempt at the world's largest periodic table on Saturday afternoon at Grand Valley State University.

The table, which lays at 108 yards in width, covers GVSU's entire 100-yard, indoor football field at the Kelly Family Sports Center in Allendale. Michelle DeWitt, the project coordinator said it took around a year to make the idea a reality with volunteers making blocks to represent each element.

"We had to find 118 groups to make elements, so that took the year. We have people from 40 schools, 12 states and three different countries. The furthest one is from India," she said.

High school and college students as well as other community volunteers signed up to help, laying out the hand-made sheets of plastic representing the table's elements. Each element consisted of six fastened tablecloths with the atomic number, element name, element symbol and atomic weight.

"I’ve always loved science, and being a nursing major, I have a lot of biology and chemistry classes. When I heard word of this that this was going on, I got so excited," said Laura Kapanowski, a freshman nursing student at GVSU.

Perrigo said the Guinness Book of World Record officials measured the periodic table. The next step will be submitting those measurements, and waiting a few months for the decision. If everything goes accordingly, it will be the world's largest periodic table. The last record holder for the title was India.

The United Nations declared 2019 the international year of the periodic table. 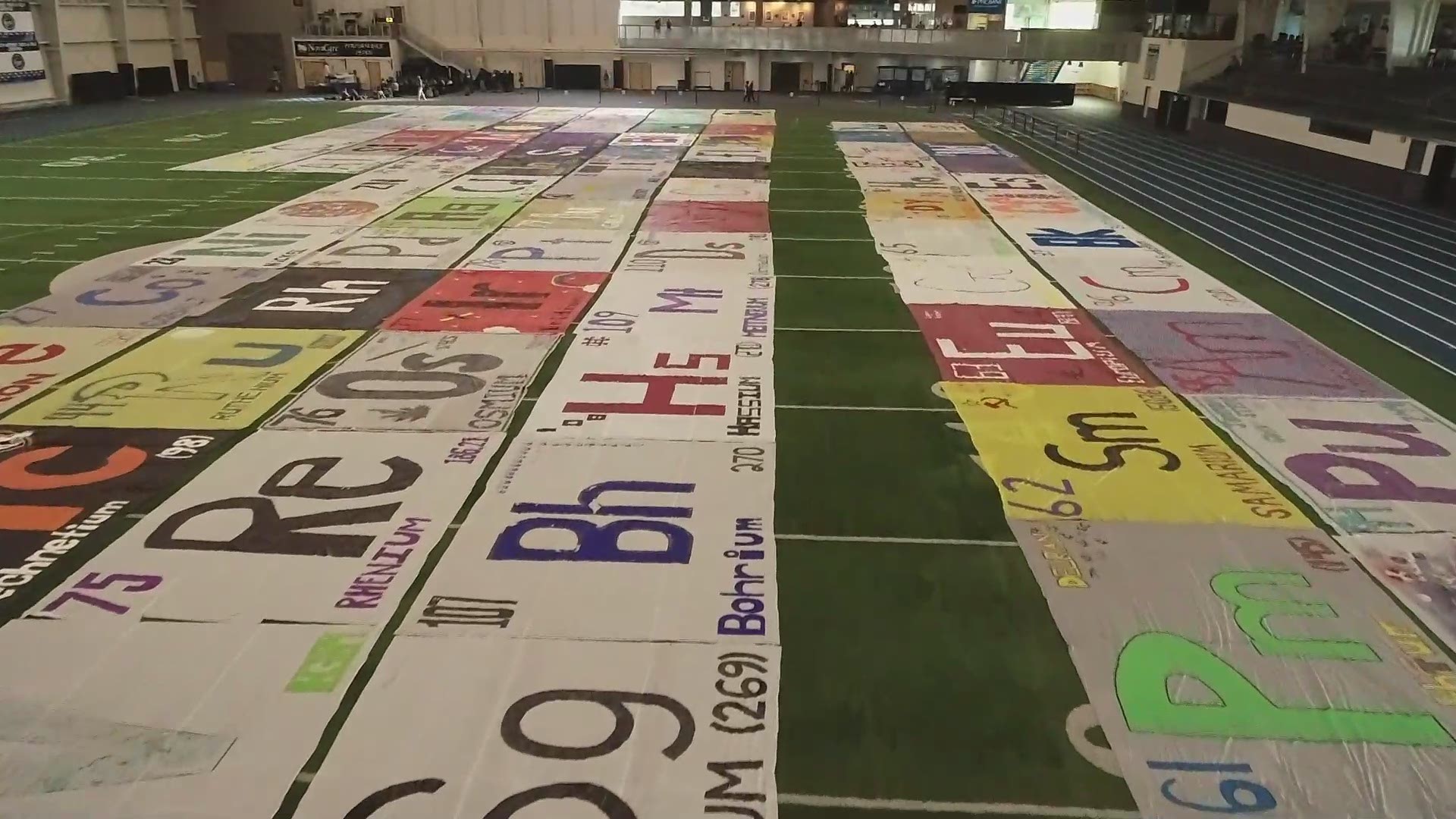