1 dead, another injured in 3-vehicle crash in Paw Paw

A portion of northbound US-131 was shut down for about 3 hours following the crash Tuesday.

PAW PAW, Mich. — A three-vehicle crash in Paw Paw Tuesday killed one and left another injured.

Police say the crash happened around 8 p.m. on northbound US-131 near mile marker 37.

Preliminary investigation indicates that a Jeep Grand Cherokee was headed south before losing control, crossing over the median, and colliding with a semi-tractor trailer in the northbound traffic lanes. Following that collision, the Jeep then struck a Honda Accord.

According to police, evidence at the scene suggests the driver of the Jeep may have been attempting to avoid hitting a deer before losing control. Alcohol and drugs do not appear to be factors.

The driver of the Jeep, 34-year-old Brian Klintworth of Otsego, was pronounced dead at the scene. His front seat passenger and wife, 30-year-old Krystal Klintworth, was taken to an area hospital with non-life-threatening injuries.

The drivers of the semi and the Honda were both uninjured.

Investigation into the crash is ongoing. 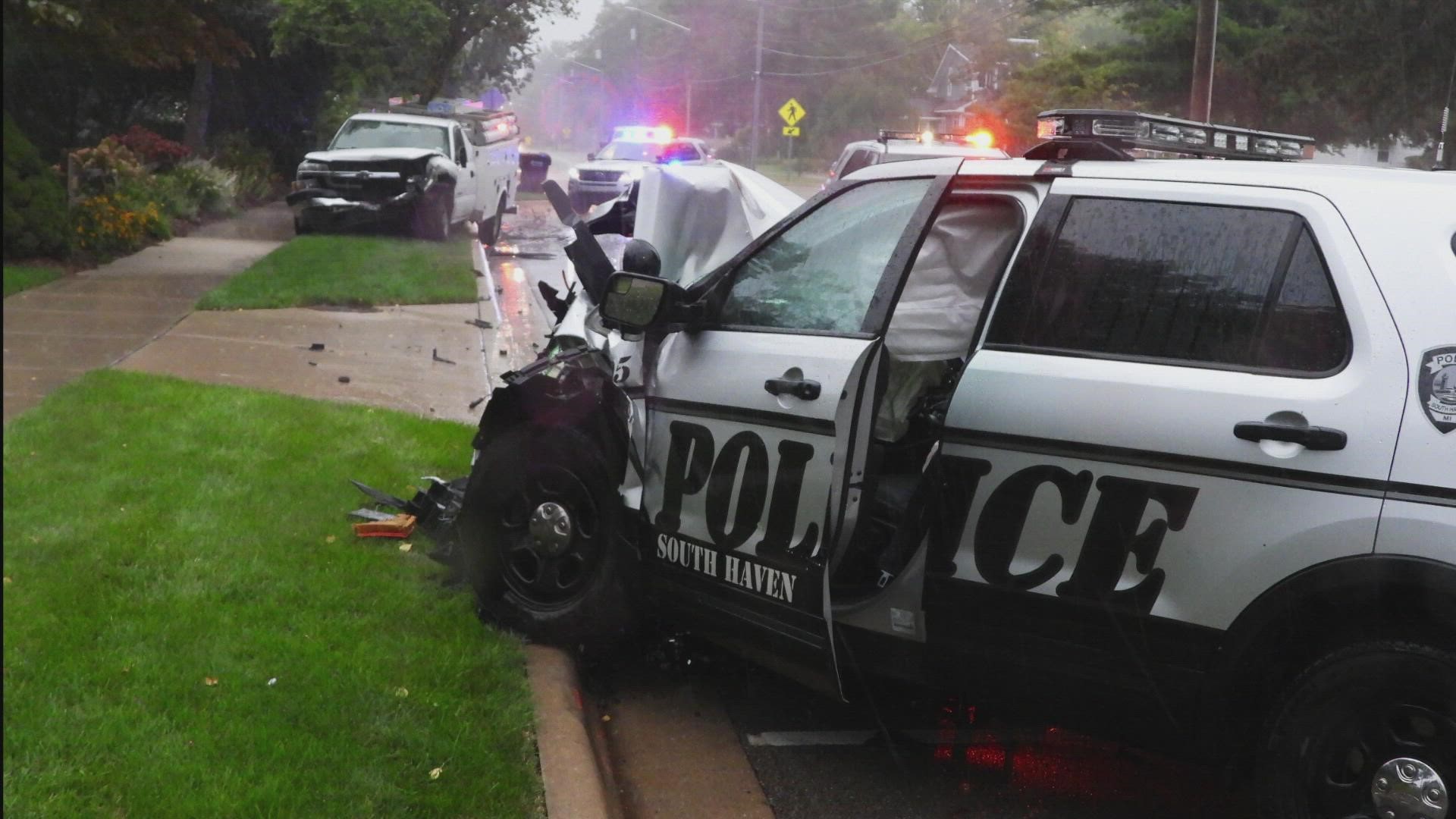