OTTAWA COUNTY, Mich — Two motorcycle crashes, within minutes of each other, sent two Wyoming men to Spectrum Hospital on Thursday.

The crashes happened at 8th Avenue and Hayes Street, near the north side of I-96 at 9 p.m., according to the Ottawa County Sheriff's Office and 13 ON YOUR SIDE.

The first crash sent the 47-year-old motorcyclist to the hospital via AeroMed with severe injuries after he lost control on the 8th Avenue curve to Hayes Street, went through a ditch, and ended up on I-96.

When officers arrived on scene to assist the man in the first crash, they were directed to another crash at the same intersection, according to the sheriff's office.

The 44-year-old also lost control of his motorcycle at the same corner and crashed into the ditch on Hayes Street. He was treated at the scene for head injures and was transported to the hospital.

Emergency responders on scene of the motorcycle crashes 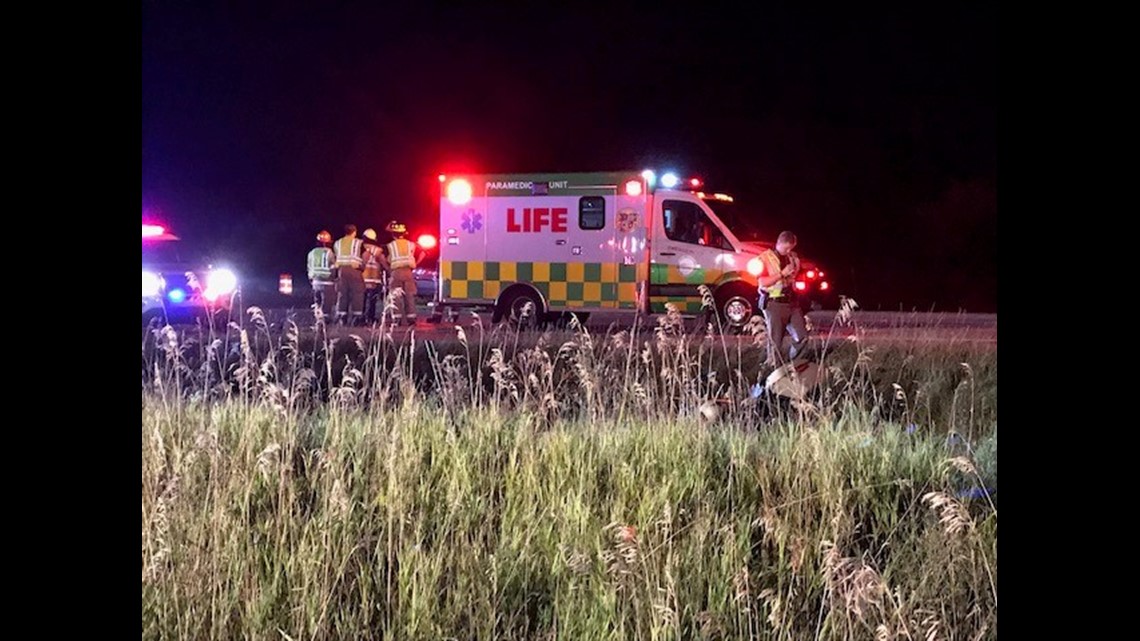 The sheriff's office say neither of the drivers were wearing a helmet and that speed is a factor in the crashes. They believe the crashes are unrelated.

The freeway was closed, but has since been reopened. The crashes are under investigation.