There were multiple crashes on I-96 in Ottawa County on Tuesday afternoon. 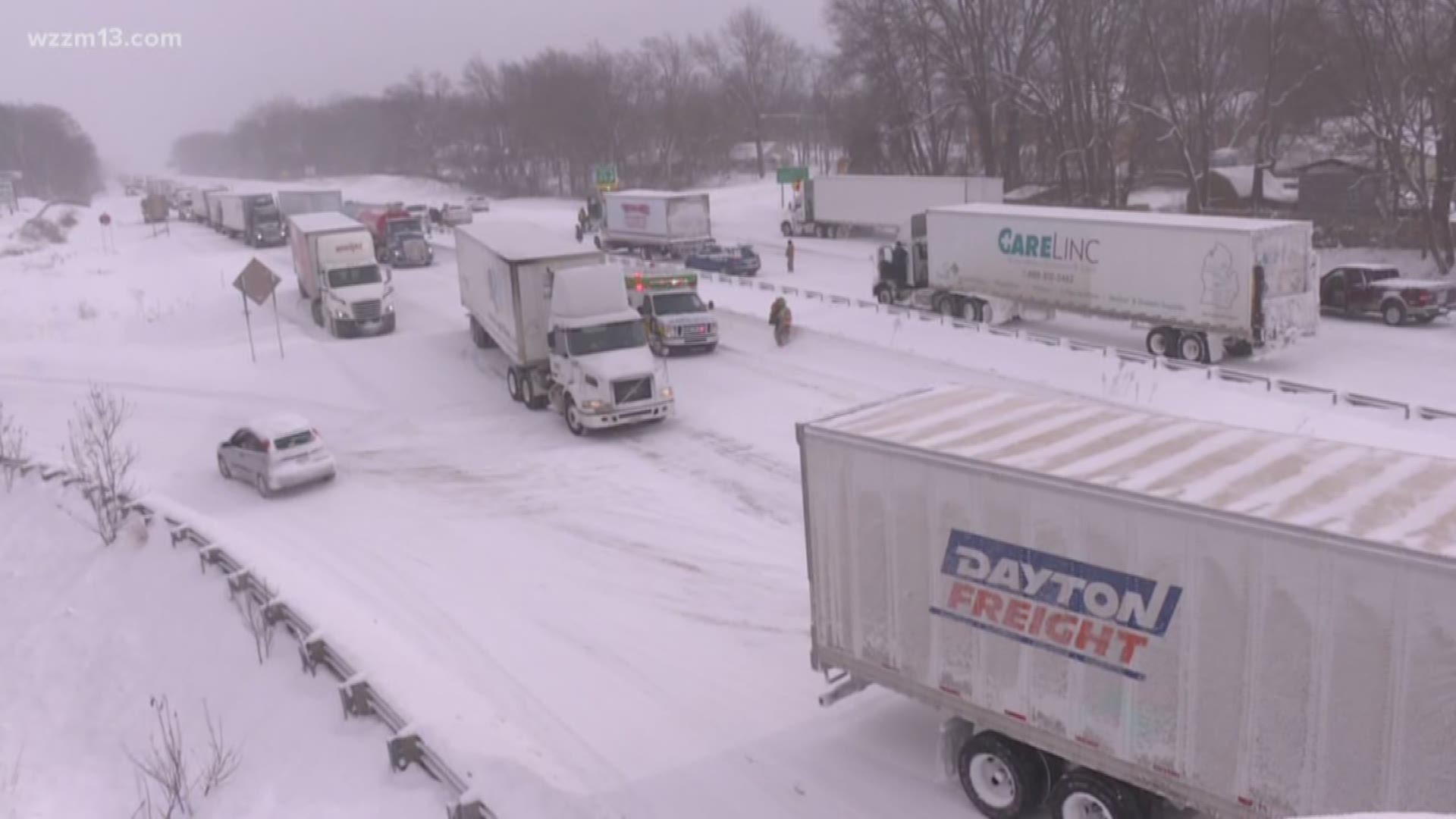 Several crashes on I-96, including a major multi-vehicle accident near Marne, prompted the Ottawa County Sheriff's Office to close the freeway on Tuesday afternoon.

I-96 was closed in both directions from 112th Avenue east to 16th Avenue around 4 p.m. It was reopened just after 7 p.m.

The sheriff's office said that the first crash was reported around 12:15 p.m., and that crash involved a tanker truck. 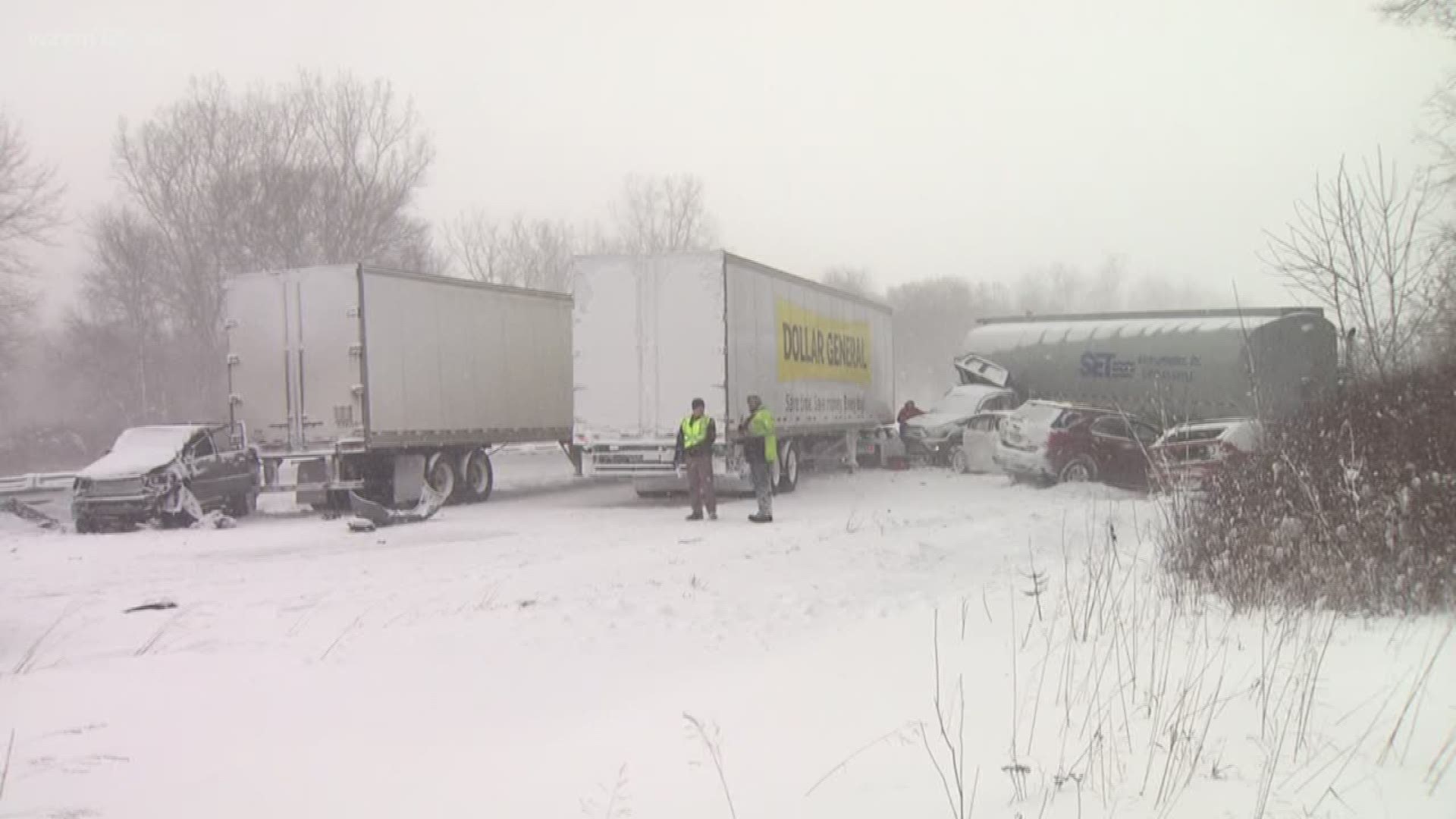 Later in the afternoon, a multi-car pile-up also occurred on I-96 near Marne. That crash was the result of three separate crashes that happened one after the other.

The first crash involved a tanker and three cars. The other drivers involved in the incident said whiteout conditions and icy roads were factors in the subsequent crashes, according to a deputy with the Ottawa County Sheriff's Office.

Only two people were injured in the chain reaction crash, and those injuries were non-life threatening.

About 20 people who were involved in the accident were brought by a school bus to the Berlin Baptist Church in Marne in order to warm up and arrange transportation.

The Ottawa County Sheriff's Office said that another crash occurred on I-96 near 68th Avenue. Injuries were also reported in that incident.