In 2017 a road study identified Reynolds Street as one of the worst roads in Muskegon Heights, two years later it's the city's smoothest road. 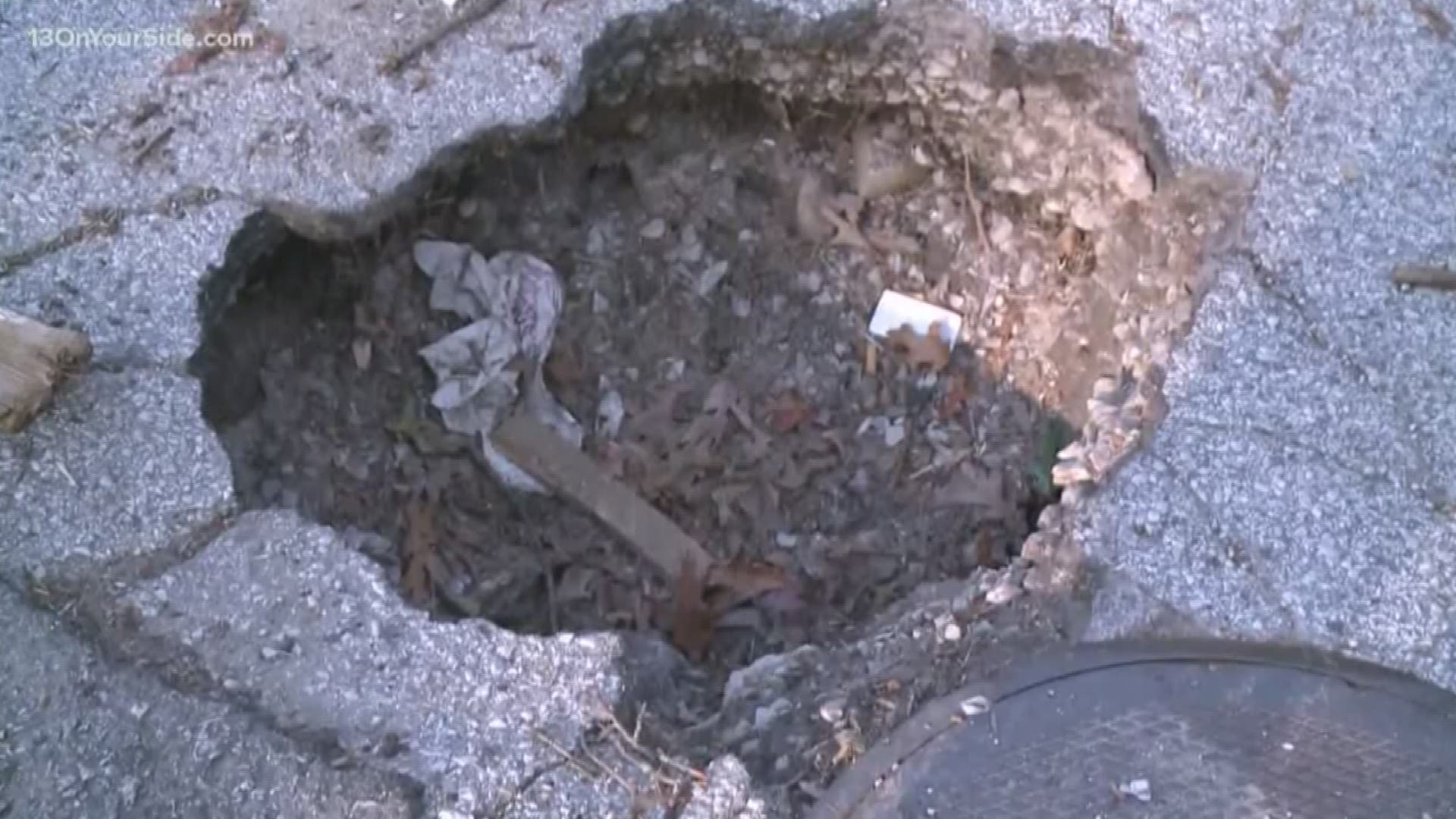 MUSKEGON HEIGHTS, Mich. — The city of Muskegon Heights conducted an extensive study in 2017 to determine the condition of the city's roads.

One of the roads the study determined to be beyond repair was Reynolds Street.

"It was terrible," said Denisha Parker, a Muskegon Heights resident. "There were big potholes you had to dodge them."

"I'm happy with it," said Parker. "I don't have to ride on a bumpy street anymore."

The work to rebuild Reynolds Street this spring and early summer would not have been possible without the city's four mill street tax levy.

Kim Simms, Muskegon Heights Mayor said the city can only use the funds to improve local roads in the city. But Simms said each year there will only be enough money to fix one or two roads and make repairs to a few others.

This year, Reynolds Street was targeted.

"It deteriorated to the point it had to be completely replaced," Simms said.

The costly repair used up most of the funds the tax collected in 2018.

Simms said between now and the end of the year city leaders will be working to identify projects to take on in 2020. "We understand we have a huge pothole issue in the city," she said.

She said the weather this past winter only worsened the condition of many local roads.

"Some of the streets that were in pretty decent conditions going into the winter came out in the springtime in a much worst condition then what they were prior."

In fact, Simms said a road rating service told the city more than half of the streets need major repairs or are considered failing.

Simms asks community members for patience as the city takes on road projects in the worst condition first.

"We're not to your street yet, but we're going to get there," she said.