State of the bridges: How many Michigan bridges are in poor condition?

State officials are working to ensure that Michigan's bridges are being repaired and restored. 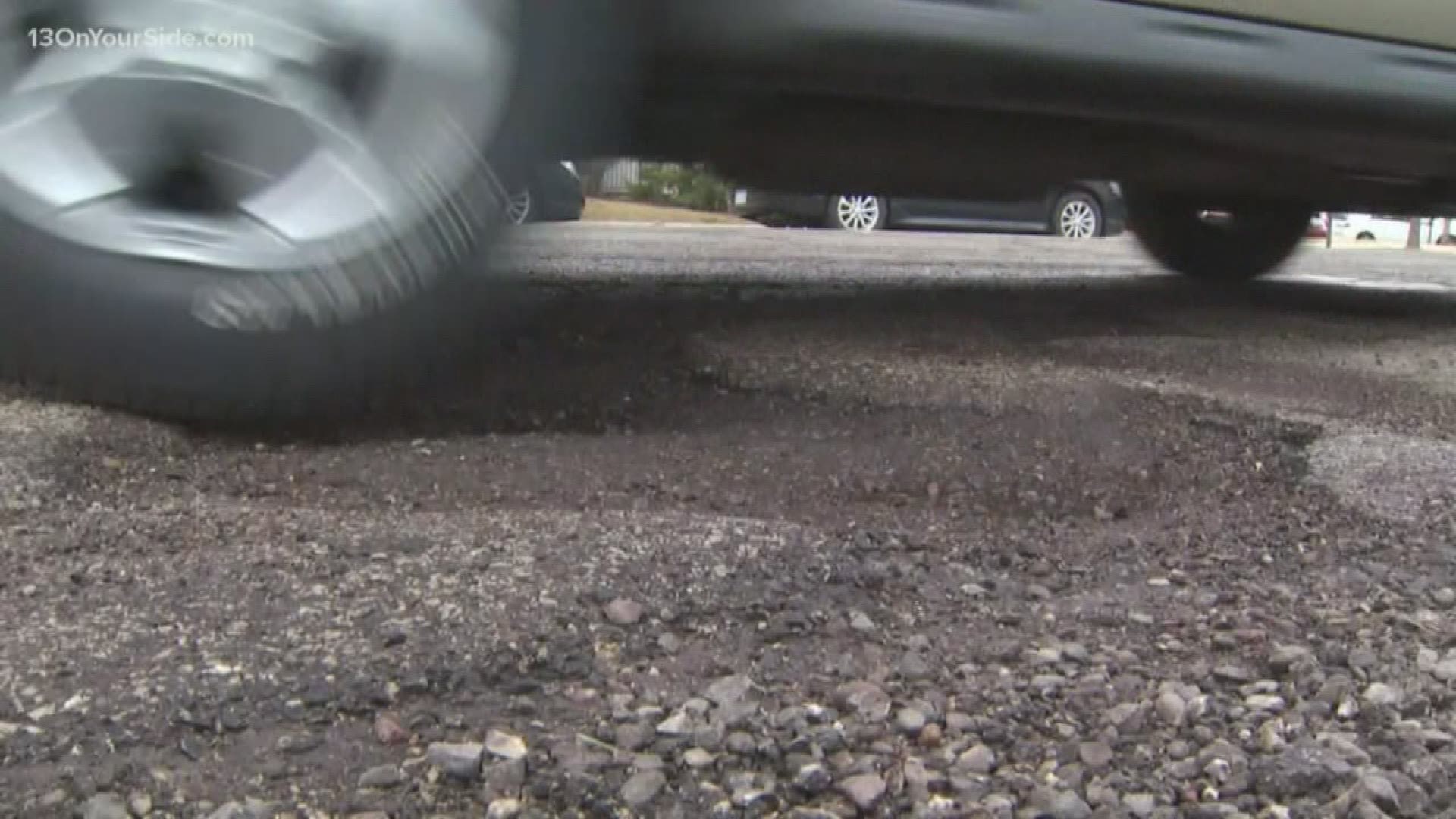 GRAND RAPIDS, Mich. — Michigan roads are a big topic and concern for state lawmakers, but the state of the bridges are also raising some red flags.

In June, Gov. Gretchen Whitmer visited a US-131 underpass in downtown Grand Rapids to push her budget plan, which included a significant funding increase for roads and bridges. It was standing underneath that bridge that the governor said "bridge failure" keeps her up at night.

How are bridge rating conditions determined?

In Michigan there are 11,145 bridges, which includes bridges maintained by MDOT and by local municipalities. About 11% of all bridges statewide are in poor condition.

Each bridge is looked at at least every two years and inspectors review three main structural elements:

Using a 9-point rating system, each is ranked. Nine is considered the best, and a bridge gets a poor rating when it receives a score of four or less. If any one of the three major elements are rated a four or lower the entire bridge is considered to be in poor condition.

13 ON YOUR SIDE examined the 12 Mile bridge near Rockford with MDOT to see how the bridge rating system works. The super structure rates a 5 or 6 on the scale, making it fair condition. The bridge supports are in good condition. But the deck is rated as poor, according to state officials.

Even though only 1 part of the bridge has a poor rating, the entire bridge is considered poor.

How many Michigan bridges dangerous?

According to Dr. Chris Douglas of the Mackinac Center for Public Policy, only a 10 percent of the state's bridges are in problematic condition. But overall Michigan bridges are okay.

But according to MDOT, since the beginning of this year, a critical bridge has roughly closed every two weeks.

Smith's Bridge in Ferrysburg is one of 65 bridges statewide that had to close to traffic because its considered to be too dangerous to drive on. It will cost $13 million dollars to replace the bridge.

"I think it's a very good question, a very critical question as to is it worth the investment of $13 million dollars to replace the bridge knowing right now that the detour route is about three miles," said Matt Chynoweth, Chief Bridge Engineer at MDOT.

So what will it cost to replace all poor condition bridges in the state?

"Its not realistic or necessary to have zero poor bridges, because even if a bridge is poor we can manage it in that condition," said Chynoweth. "We increase the inspection frequency from 24 months to 12 months so we can successfully manage a population of poor bridges.

However, he says it the serious and critical condition bridges that are problematic, and eventually a decision to close the bridge needs to be made.

According to MDOT, a goal of replacing all of the serious or poor condition bridges in the state by 2025 will cost $1 billion. But, unlike bridges that were build decades ago, now bridges are built to last longer and can be maintained to survive even longer.

"If we're going to put an investment into a bridge we're making a decision so that it last 75 to 100 years. But it's not only about replacing everything that's poor, it's about right-sizing the system" said Chynoweth. 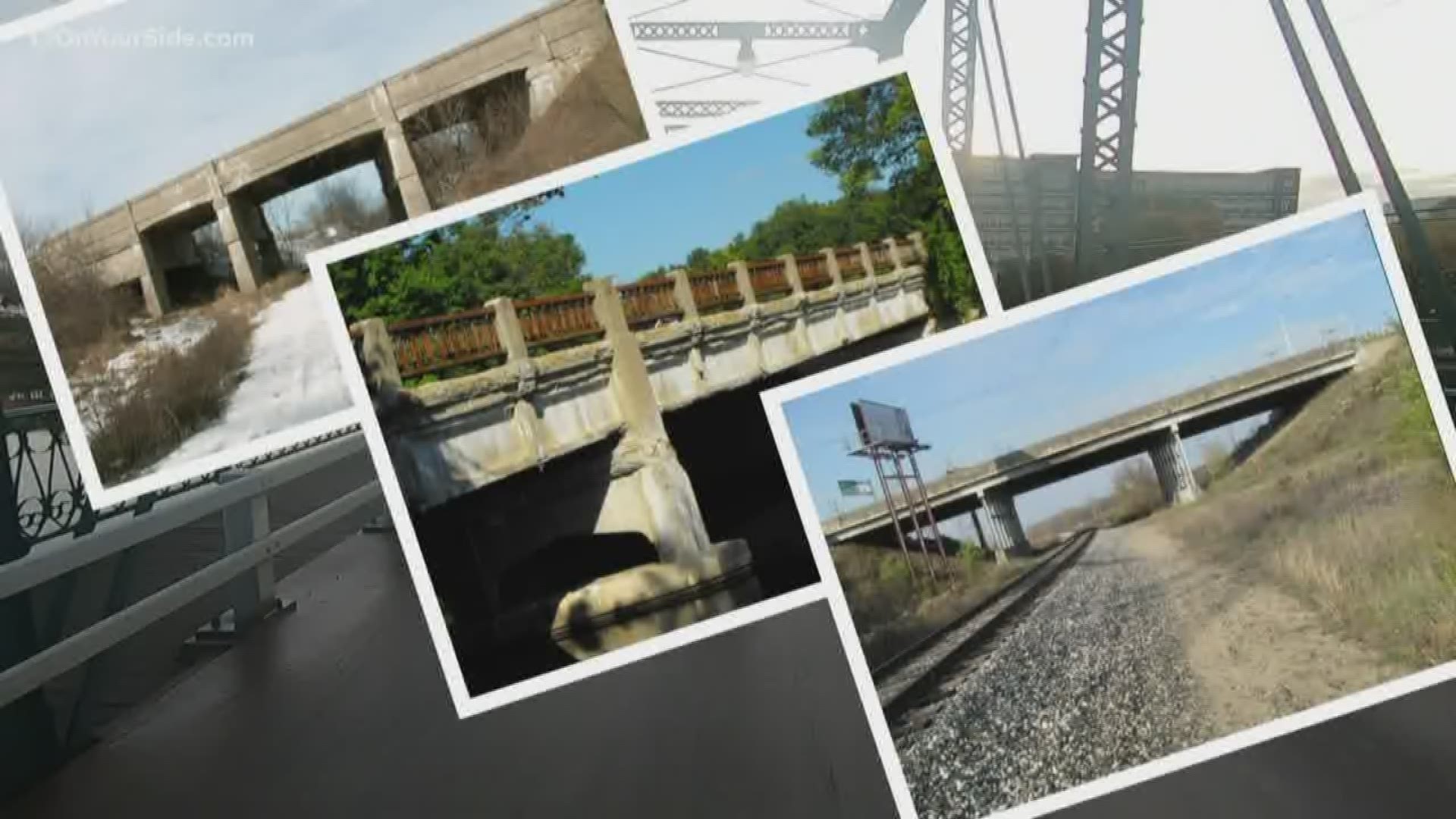 Other stories about infrastructure on 13 ON YOUR SIDE: