The headache is finally over. 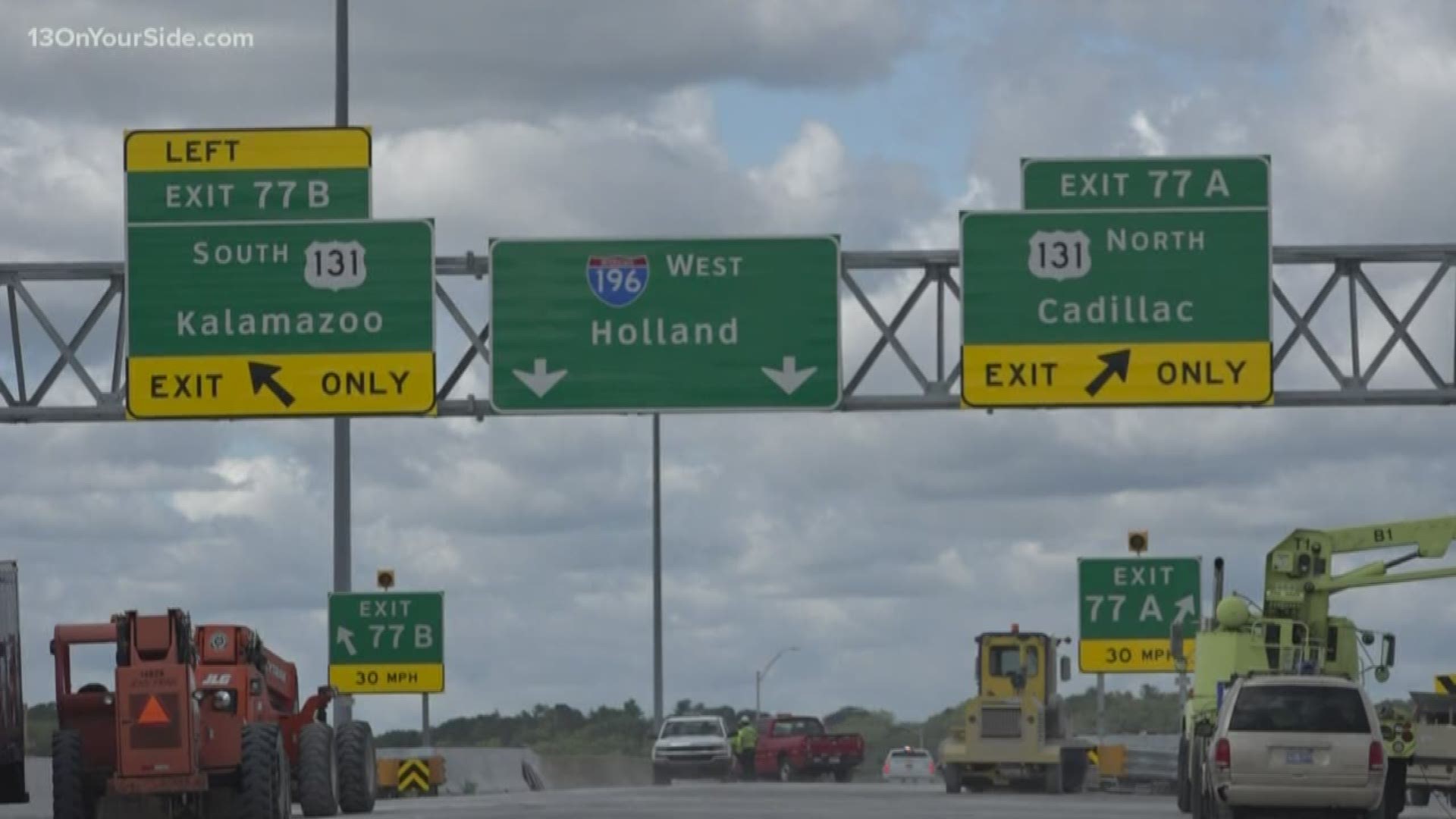 GRAND RAPIDS, Michigan — After months of construction work, the project to widen the I-196 bridge over the Grand River is done!

Early Friday morning, the Michigan Department of Transportation tweeted that westbound I-196 over the Grand River in that area was reopened.

The project, which began April 1, was to widen the existing structure that was built in 1964. The purpose was to better connect I-196 to U.S. 131, so MDOT added 13,000 square feet to the bridge deck to better connect the two interchanges.

MDOT spokesperson John Richard said this will be an easier and safer commute for drivers.

"The on-ramp from Ionia and Division -- that still will be closed -- and the City of Grand Rapids wants to put a traffic signal so that on-ramp will remain closed for a few more weeks, but everything else will open up."

Now MDOT will shift its focus to the project on I-96 between Leonard and East Beltline which is still currently closed. That is expected to reopen in November.