Gas prices go up in the past week, peak expected soon

Gas prices in the Grand Rapids area have gone up nearly 9 cents per gallon the last week.

GRAND RAPIDS, Mich. - Gas prices in the Grand Rapids metro area have risen 8.7 cents per gallon in the past week, averaging $2.92/g today, according to GasBuddy's daily survey of 246 stations.

Historical gasoline prices in Grand Rapids and the national average going back a decade:

"It appears that large increases in gas prices have begun to fade to distant memory, lending credibility to the notion that gas prices may be close to peaking for the time being," said Patrick DeHaan, head of petroleum analysis at GasBuddy.

RELATED: Trump threatens to hike tariffs on $200B of Chinese imports

DeHann says oil prices have plummeted, and with President Trump's shocking warning Sunday about raising tariffs on China, oil prices may see another weekly loss along with wholesale gasoline prices on the worry that perhaps a trade deal is not as close as anticipated, risking the recent growth in the U.S. economy and potentially leading to lower oil demand.

"For now, I believe we're close to seeing gas prices peak in the next few weeks or so in most of the U.S.," DeHaan went on to say. "Barring any future unexpected outages, I think most the country has seen the risk of big price increases melt away. We're in the last inning or so of the seasonally rally- once this game is over- we'll likely begin to see prices recede in the month of June, tracking very closely to what we experienced last summer."

Find the cheapest gas prices near you: Gas Tracker 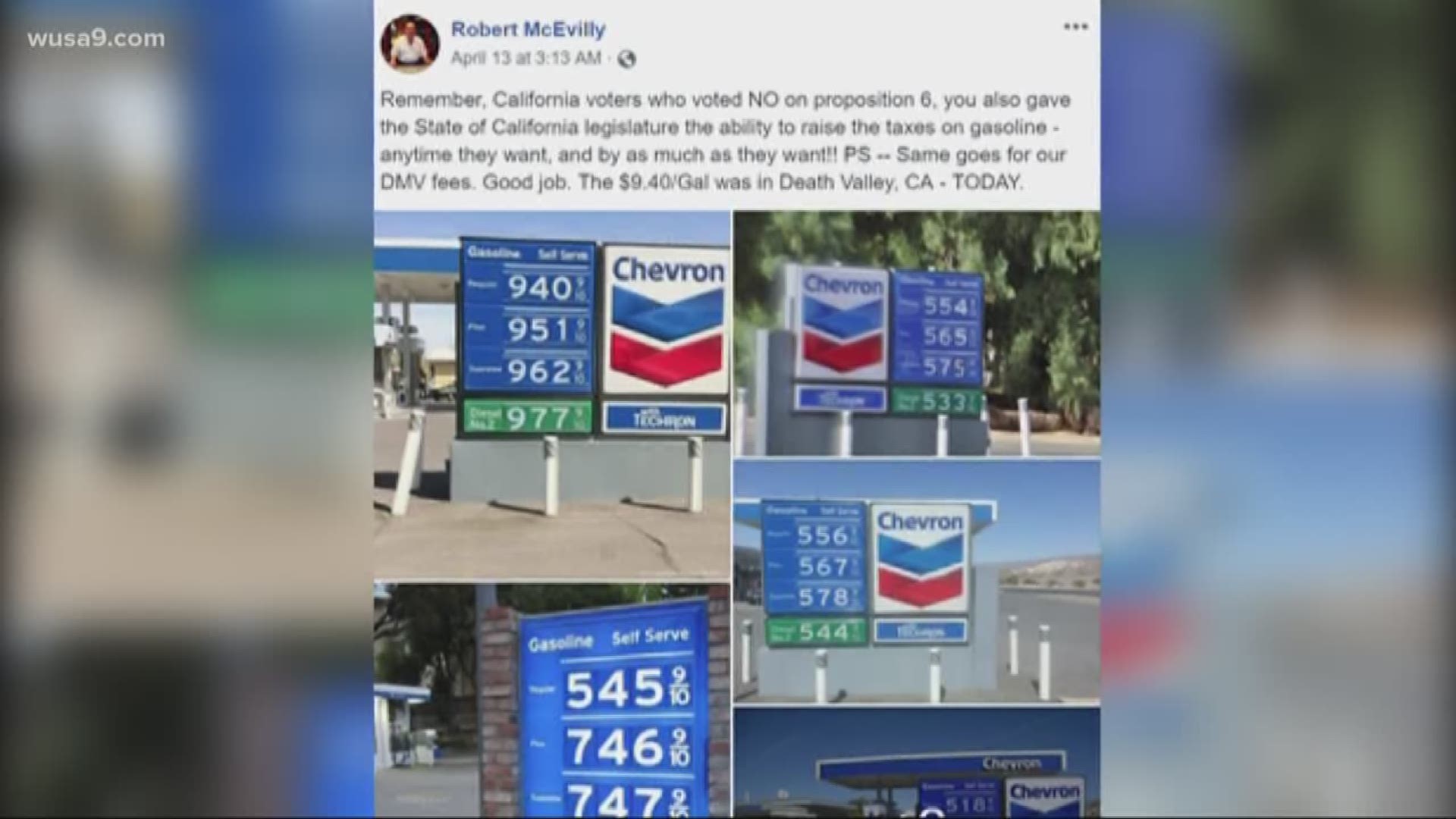