Kent County Road Commission is already out filling some holes. Director says this is just the beginning. 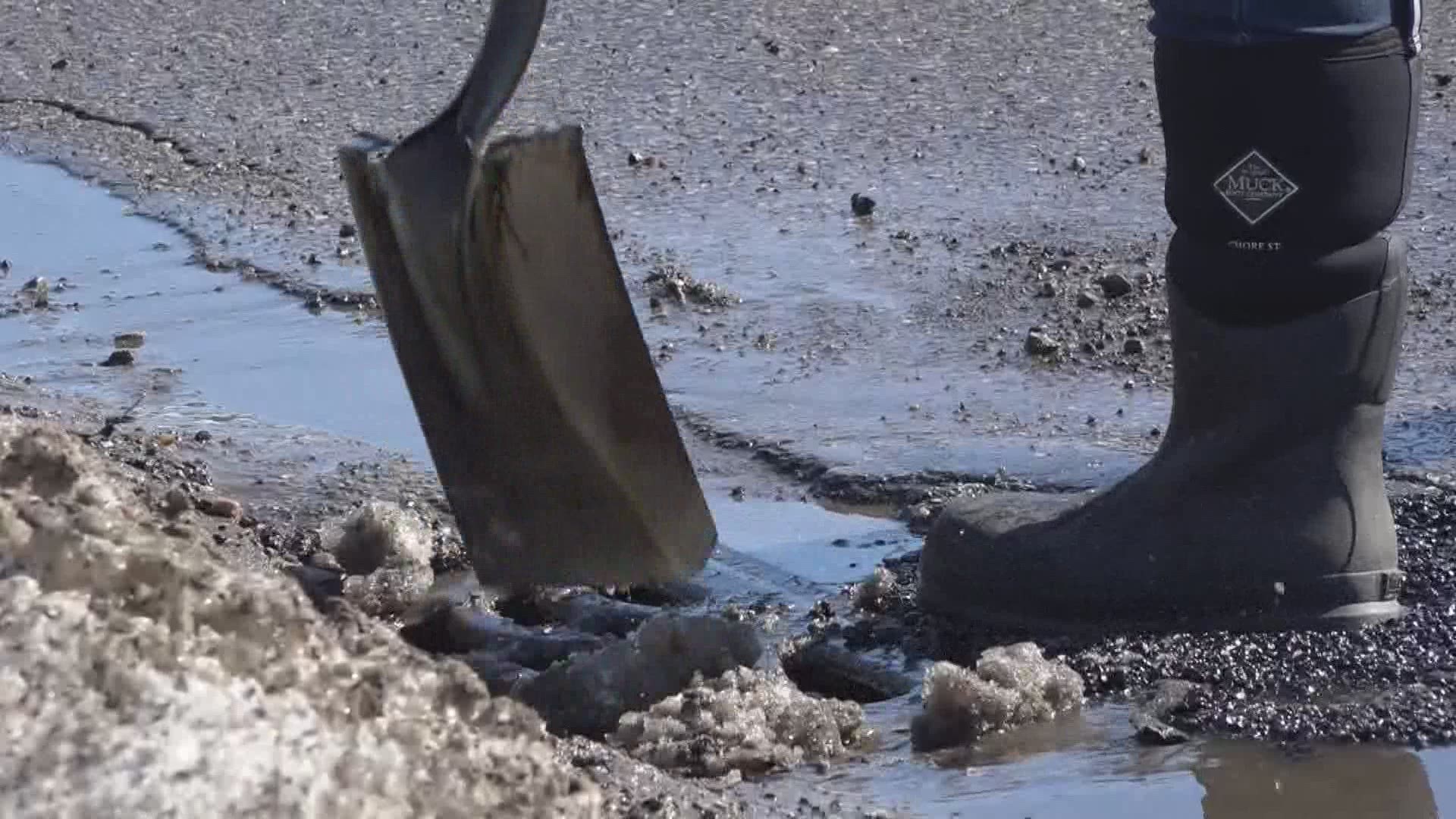 It may seem early, but the sunshine and warmer temperatures this week have led to water in the pavement to thaw, then freeze at night, and expand the pavement.

"It’s not too early," said Kent County Road Commission Director Jerry Byrne. "We went from super cold temps to the sun, feeling nice and warm. What folks don’t always realize is that pavement temperature could be 40 or 50 degrees, even though the air temperature is only in the 30s. It's easily a 25 degree swing with the sunshine."

The road commission was out starting Monday night fixing some areas. Tuesday, road crews went along the side of 28th Street in Wyoming. First, they had to blow out the water from melting snowbanks.

If you see a pothole in the City of Grand Rapids, the best thing to do is call 3-1-1.

Elsewhere in Kent County, or if you do not know the jurisdiction, fill out a form on the road commission's website. Byrne said they get a lot of tips from residents where potholes are this time of year.

Credit: 13 OYS
With the melting snow causing puddles, the road crews blew the water off using a leaf blower before filling the hole.

"I think I only saw one or two today," said Byrne, "but by the end of the week, by next week, we will easily get a couple dozen."

Byrne also said to avoid puddles of water as the snowbanks melt. It is very likely there is a pothole hidden under there.

Until it warms up more, pothole fixes are temporary. The weather is too wet and cold for a permanent fix. Some of the smaller potholes, less than an inch deep, the road commission may wait until later in the season to fix. On the opposite side, larger, hazardous holes in busy areas they may refill as often as every day.

"A little more water in, and will actually continue to fracture that pavement and pop those old potholes up that were already patched," said Byrne. 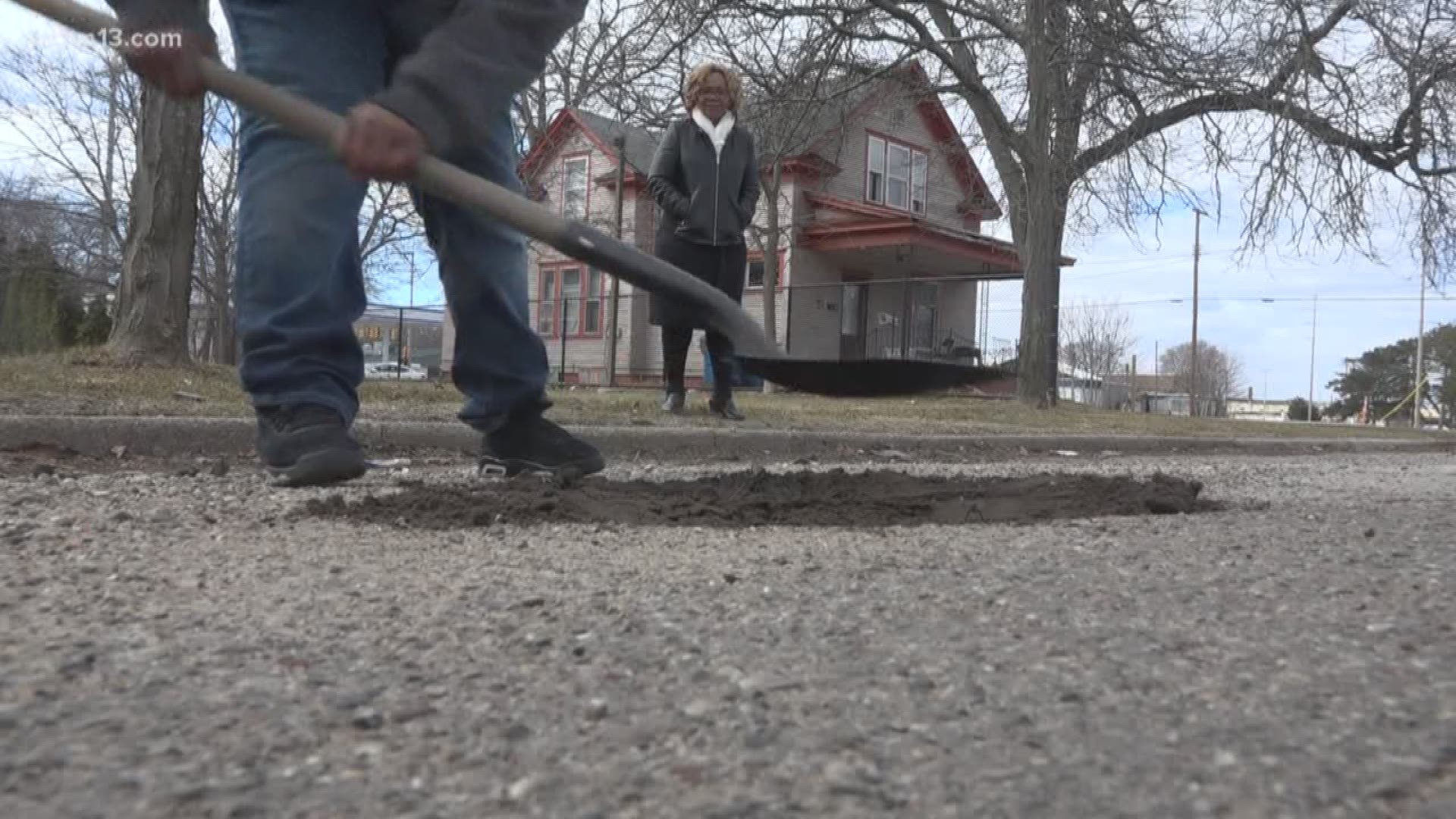