Scientists at the World Meteorological Organization confirmed the new record for the longest-traveling lightning strike. 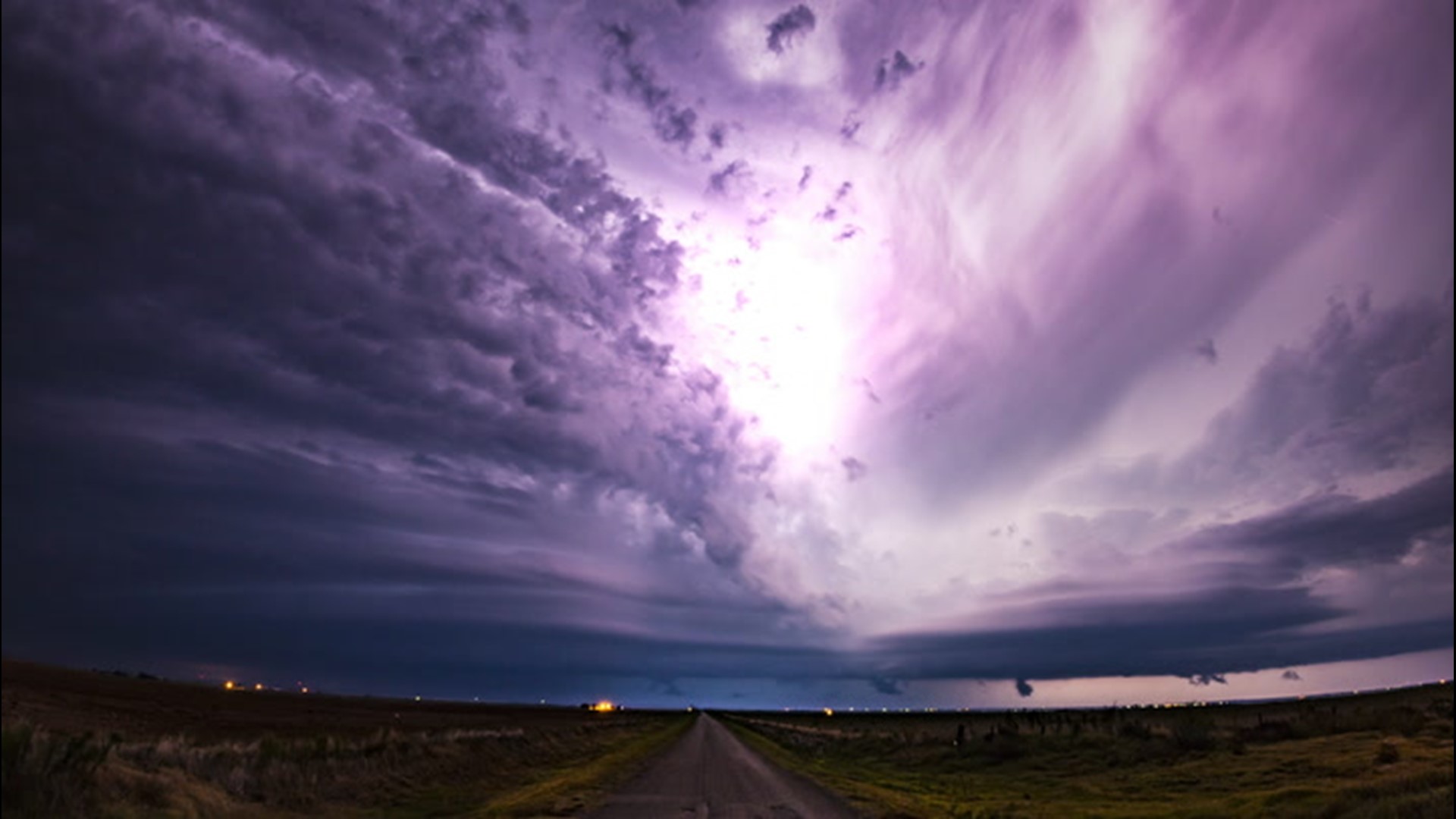 The next time a clash of thunder or a flash of lightning startles you, be thankful you weren't in Brazil on Oct. 31, 2018. That Halloween night, the record for the longest-traveling lightning strike was broken when a bolt stretched 440 miles across the southern region of the country.

Scientists at the World Meteorological Organization (WMO) confirmed the record in a recent American Geophysical Union journal publication, and, in that paper, they also confirmed another startling broken record for lightning duration. According to their findings, a strike in Argentina endured for 16.73 seconds on March 4, 2019, breaking the previous record by nearly nine seconds.

The two record-breaking South American bolts were confirmed megaflashes, a name given to lightning discharges that reach hundreds of kilometers in length.

Credit: WMO via AccuWeather
The record-breaking bolts both occurred in the southeastern corner of South America about a year apart.

According to the journal, ideal conditions for a megaflash occurrence involve large electrified clouds with low flash rates that are attached to more active thunderstorm cells.

In a press release, WMO official Prof. Randall Cerveny said it is likely that even greater lightning extremes exist and improved detection technology will help in future observations.

"These are extraordinary records from single lightning flash events," said the Arizona State University professor. "Environmental extremes are living measurements of what nature is capable, as well as scientific progress in being able to make such assessments."

The new record-breaking strikes were captured by equipment on the Geostationary Operational Environmental Satellites (GOES). Previously, records were assessed using data collected by ground-based lightning mapping networks, which many lightning scientists acknowledge face upper limits in the scale of lightning that can be observed, the WMO stated.

Credit: WMO Via AccuWeather
The distance of the record-breaking lightning strike in Brazil was captured by new satellite technology.

The previous record for megaflash distance was just under 200 miles, recorded in Oklahoma on June 20, 2007. At 440 miles, the new record-long bolt roughly equaled the distance from Cleveland to Charlotte.

This year has been particularly catastrophic for lightning fatalities in India, where the death toll from strikes reached at least 107 this week. Deadly thunderstorms have covered the northern part of the nation amid intense monsoon conditions.

According to the National Weather Service (NWS), four people have died from lightning strikes in the United States this year. The summer months, June through August, are historically the most dangerous times for lightning strikes, which have claimed an average of 26 lives per year over the past decade.