Why Major League Baseball will start earlier than ever in 2020 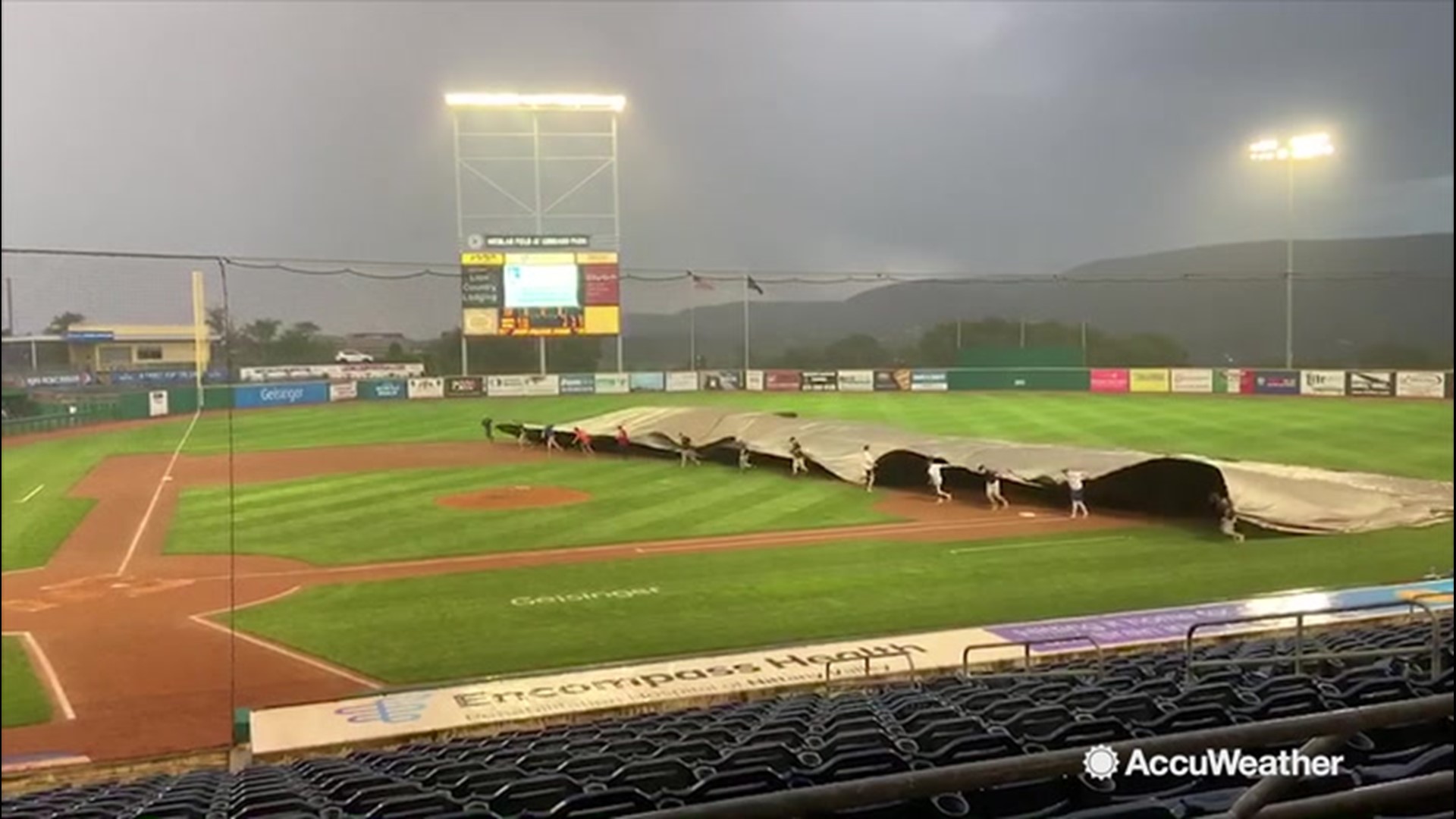 Major League Baseball will play games in 2020 where they filmed "Field of Dreams" in Iowa, and where Little Leaguers field their own World Series dreams in Williamsport, Pennsylvania. Games also will take place in London, Puerto Rico and possibly Mexico.

And because MLB will start its season earlier than ever in the U.S. and Canada, there also will be games on March 26 in cities where it seems more like March Madness.

Places like Chicago, where the normal low temperature for the last 30 years on March 26 is technically freezing -32 degrees. They'll also play in Pittsburgh, where the 30-year normal low is 33 degrees, Cincinnati (37 degrees) and New York (38 degrees).

"I would not want to be hitting baseballs in those places early in the year," said Marshall Moss, AccuWeather Vice President, Forecasting and Graphic Operations.

The early start is because MLB wanted the World Series over before the 2020 Presidential election on Nov. 3. Also, under the current collective bargaining agreement, in recent years MLB and the Major League Baseball Players Association agreed to expand the season from 183 days to 187 days.

Considering MLB had to schedule games for 30 teams with more than half of its teams based in cold-weather cities, it could have been worse. Like playing in Minneapolis, where the low temperature was 25 degrees this past March 26 and the 30-year normal low is 28 degrees.

"We took weather into consideration and incorporated various factors into the 2020 schedule for the first two series of the year," MLB Vice President of Communication, Michael Teevan emailed AccuWeather. "Those factors include emphasizing many Western Division teams and clubs with retractable roofs being at home.

"We also scheduled many divisional games early in part because those are the easiest to make up later in the season, given the frequency that those teams meet throughout the season," Teevan wrote.

MLB had 54 weather-related postponements during the 2018 season, the most since 1989 (58). 'The reason that you have more delays and postponements is because the MLB season has been lengthening,' said AccuWeather founder and CEO Dr. Joel N. Myers. 'People think the weather is more severe, but that is the real reason that there were more postponements in 2018. When you start earlier and end later, you are going to run into snow and more rain and cold weather.'

Baseball spans parts of three meteorological seasons, making it subject to rain, snow, hurricanes, blizzards, extreme heat and more. Seven of the 30 MLB teams have a dome or retractable roof, but several teams in cold-weather cities do not, including both Chicago teams, Colorado, Detroit, Boston and Minnesota.

The Twins host their first game in Minneapolis on April 2; the 30-year normal low on that date is 31 degrees, which is below freezing. Perhaps to mitigate against lower nighttime temperatures, that game will start at 3:10 p.m.

In fact, the Twins don't have a nighttime home game currently on their schedule until April 17 (excluding TBD start times), the 20th game of their season. Similarly, the Philadelphia Phillies' current schedule includes all daytime home games until April 17 (excluding TBD starts), which is game 21 of their season. Teams can determine their own home game start times subject to certain rules, according to MLB.

"It is not possible to create a so-called ‘warm weather' schedule for a variety of reasons, including shared market considerations, our need for divisional games early and the fact that we have just 12-13 teams that are warm weather (depending on one's definition) teams or dome teams," Teevan wrote to AccuWeather. 'We need to create balance throughout the entire schedule for competitive reasons.