Our evolving climate is having impacts on local apple production. 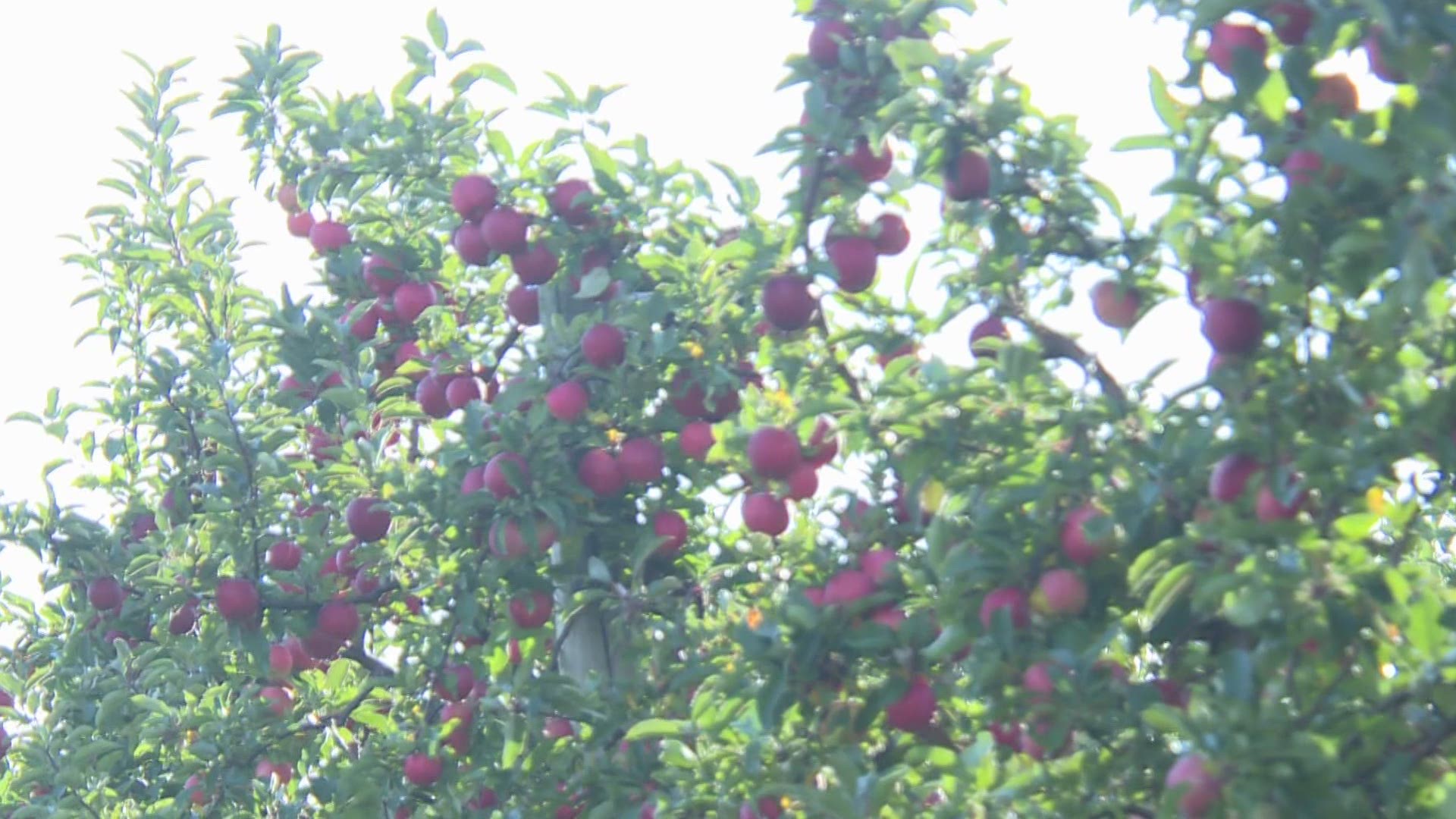 GRAND RAPIDS, Mich — A few more bad apples -- that is what farmers are prepping for as our climate continues to change.

Extreme rain and drought paired with warmer temperatures make apple production tougher than ever. Ed Robinette, the owner of Robinette's Apple Haus and Winery, spoke about what he has noticed at his local West Michigan orchard.

"Over the decades, the first bloom of apple varieties is getting slightly earlier," Robinette said. "It might only be three or four days over forty years, but that has an impact because the killing frost isn't moving with that early bloom date."

Robinette's family has been farming in West Michigan for more than 100 years. Over those years, a lot has changed in terms of Mother Nature.  Warmer winters and earlier springs signal the trees to bloom too early.

Robinette explained that this shift in seasons causes the apple crops to bloom slightly earlier, and the problem is that despite these shifts in seasonal temperatures, we are still experiencing frost events.  This puts Michigan apples at risk during bloom in the spring.

This chart created by Phil Schwallie, from the MSU Extension, shows a direct connection between earlier budding and smaller crop sizes.

Horticulture expert Amy Irish Brown, also from the MSU Extension, further explained this trend. "The timing of when apples bloom is not changing by weeks because the climate doesn't change that quickly," Brown explained. "But it's changing on average by a few days and over time that's not going to be good for farmers."

As threats of climate change advance, we will continue to see the recurrence of warm periods of weather followed by cold snaps in winter. We saw this back in 2012, a time Brown says she never hopes to see again, "We had two weeks of weather in late February into March in the 70s and 80s. That is 40 degrees above normal!"

"And if trees have satisfied the chilling hours that they need, they'll start to break dormancy and that's what happened in 2012," Brown went on to say.

The National Centers for environmental information cited more than $225 million worth of damage from this, the worst losses to the state’s fruit tree industry since 1945.

Farmers like Robinette are doing their best to mitigate the problem of our evolving climate, and now purchase products such as frost fans. These large fans attempt to blow the warm air from the inversion layer of the atmosphere down to the surface to protect the crops on a cold night.

Brown explained that these fans are not a full-proof method though, "If the spring gets started too soon, it’s really hard to warm up an area. Farmers can try, but it’s futile really. You might be able to get a few degrees warmer with frost fans, but you can’t get 10 to 20 degrees warmer."

When temperatures drop down to 28° to 32°, light frosts will occur, and this is not typically a problem. The MSU Extension explains that it is when hard frost or freeze events occur, meaning temperatures will drop down around 24° overnight.

Hard freezes can cause fruit drop, bruised apples, and even the extreme, like 2012, a 90% loss in the apple crop.

RELATED: 'Get out and vote for me' | Gen Z climate activists advise voters to focus on their future

RELATED: Why apples may taste different this year

RELATED: 13 On Your Side Forecast: Weekend Wind and Rain 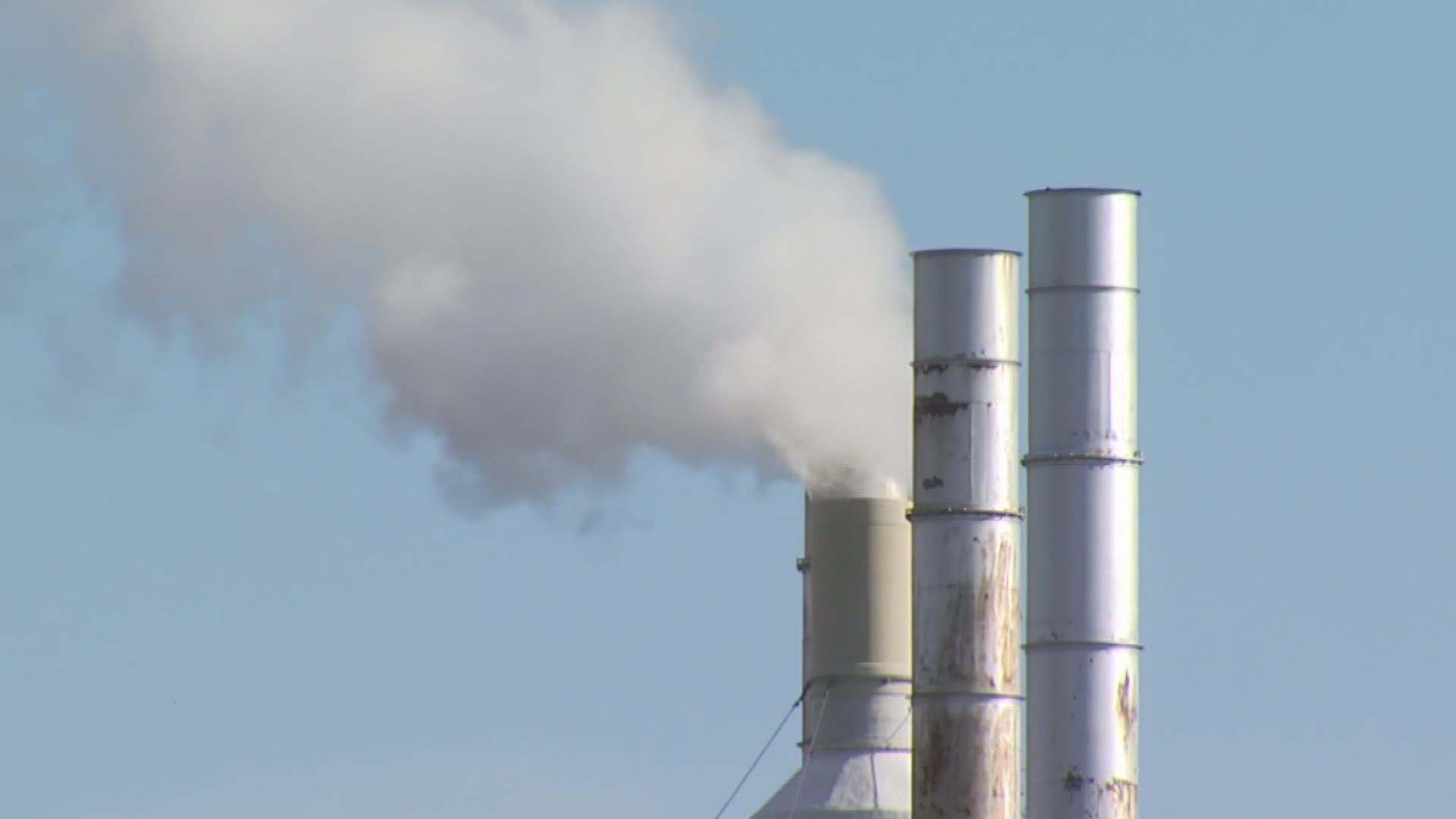