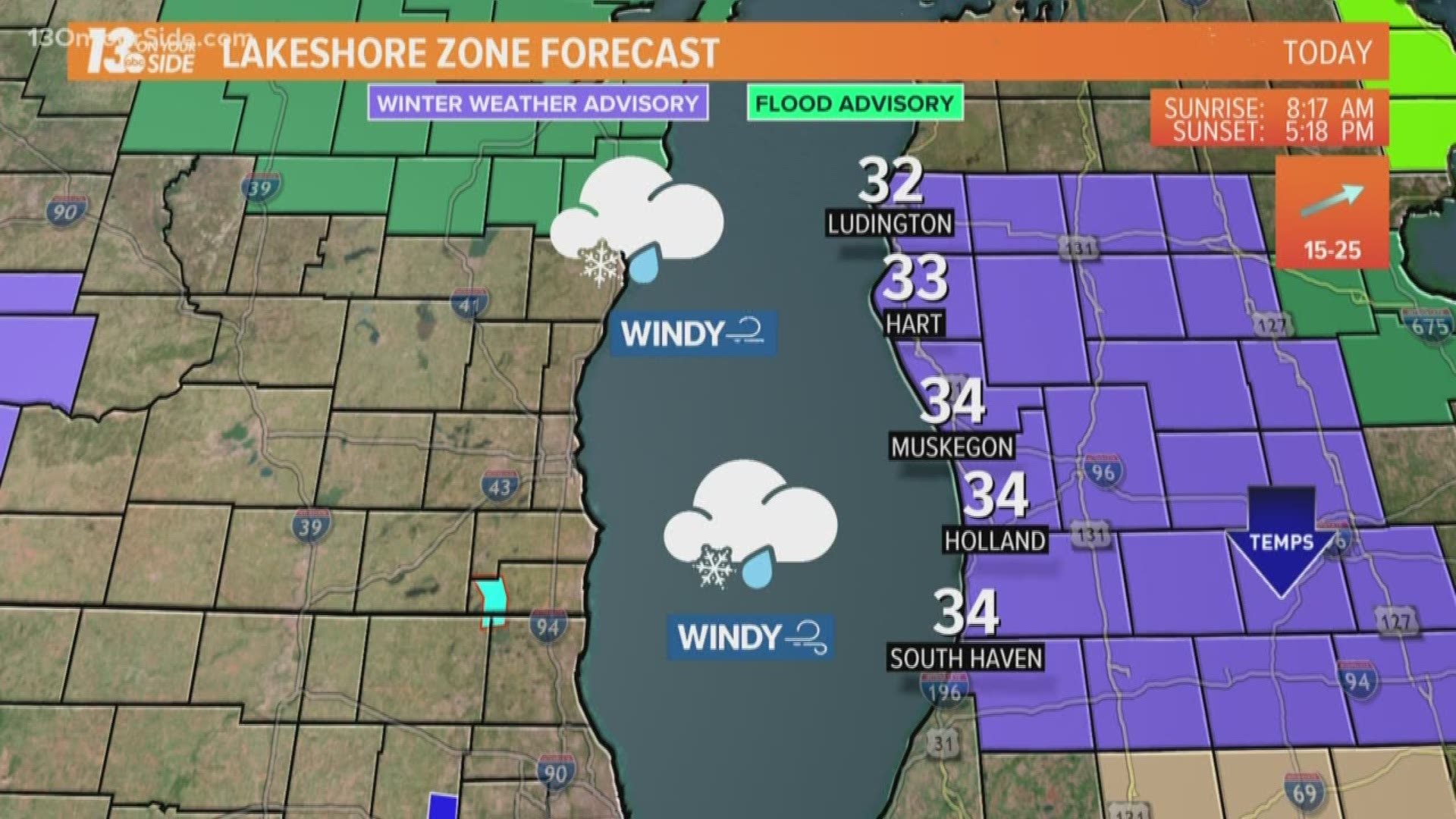 GRAND RAPIDS, Michigan — As we prepare to welcome in a new year and the 2020s, West Michigan will be in the midst of a strong storm that has already brought record-setting rain and warmth to the Muskegon area.

Round two will feature rain transitioning to accumulating snow on Monday with several inches of snow expected to blanket the area by New Year's Eve.

Foggy conditions also plagued the area with visibility dropping to zero at times in Fremont and Grand Rapids.

Heavy rain will continue to fall on all of West Michigan through Monday morning with another inch possible for some.  A Flood Advisory has been issued for counties along and north of Interstate 96 where the heaviest rain is expected to fall.  Main concerns will be standing water over roads and minor flooding of streams and creeks that are already swollen due to Sunday's rain.  The advisory is set to expire at 9:45 a.m. Monday morning.

Finally, a Winter Weather Advisory will be in effect through 7 p.m. Tuesday evening for periods of moderate snow leading to poor visibility and difficult driving conditions.  Accumulations of 4" of fresh snow are likely through Tuesday evening with isolated pockets receiving over 6" of fresh snow by New Year's Eve.

RELATED: 13 On Your Side Forecast: One last surge of rain 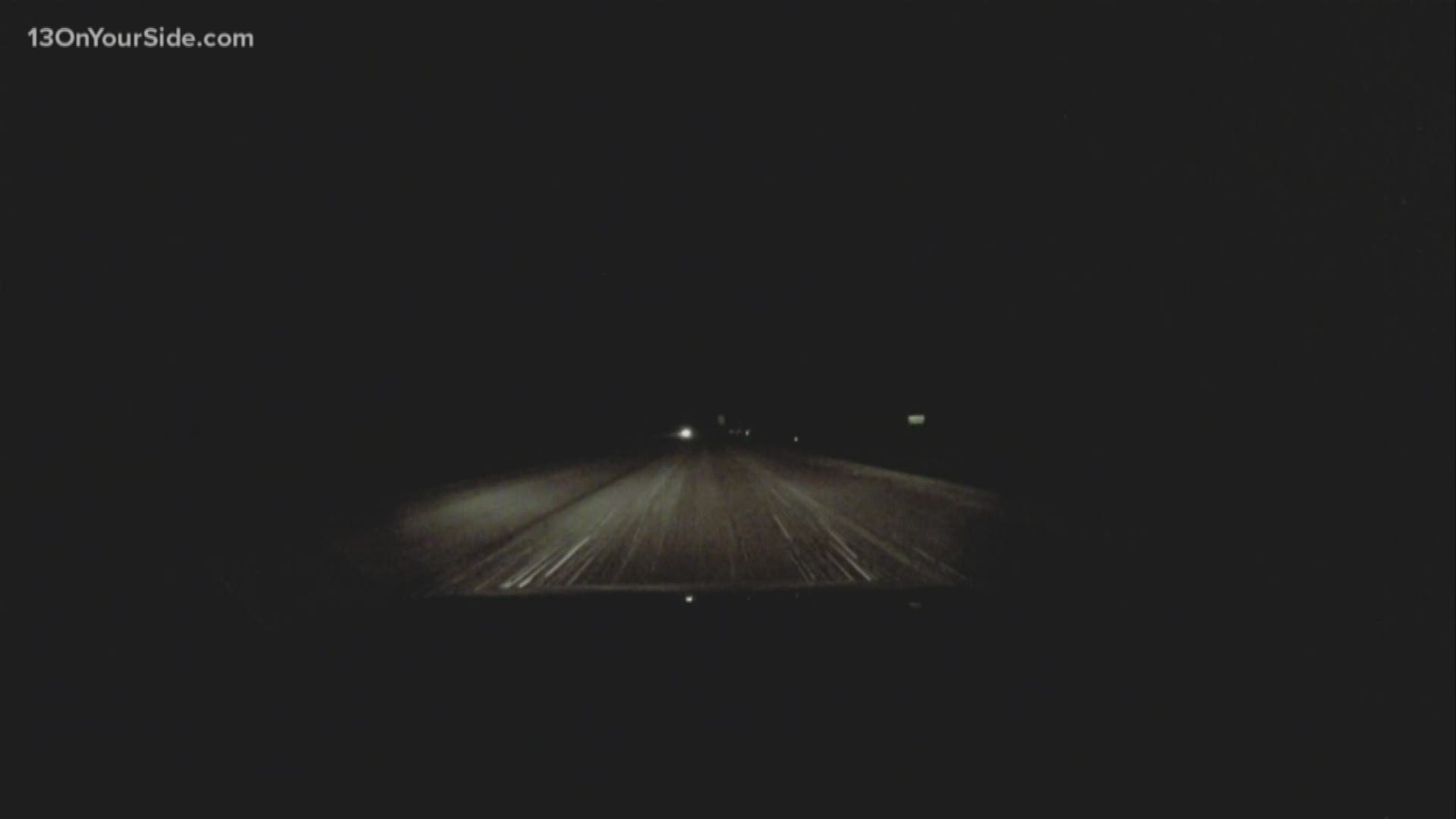