Drought conditions are ongoing in Michigan

We are seeing the lowest rainfall totals since 2005. 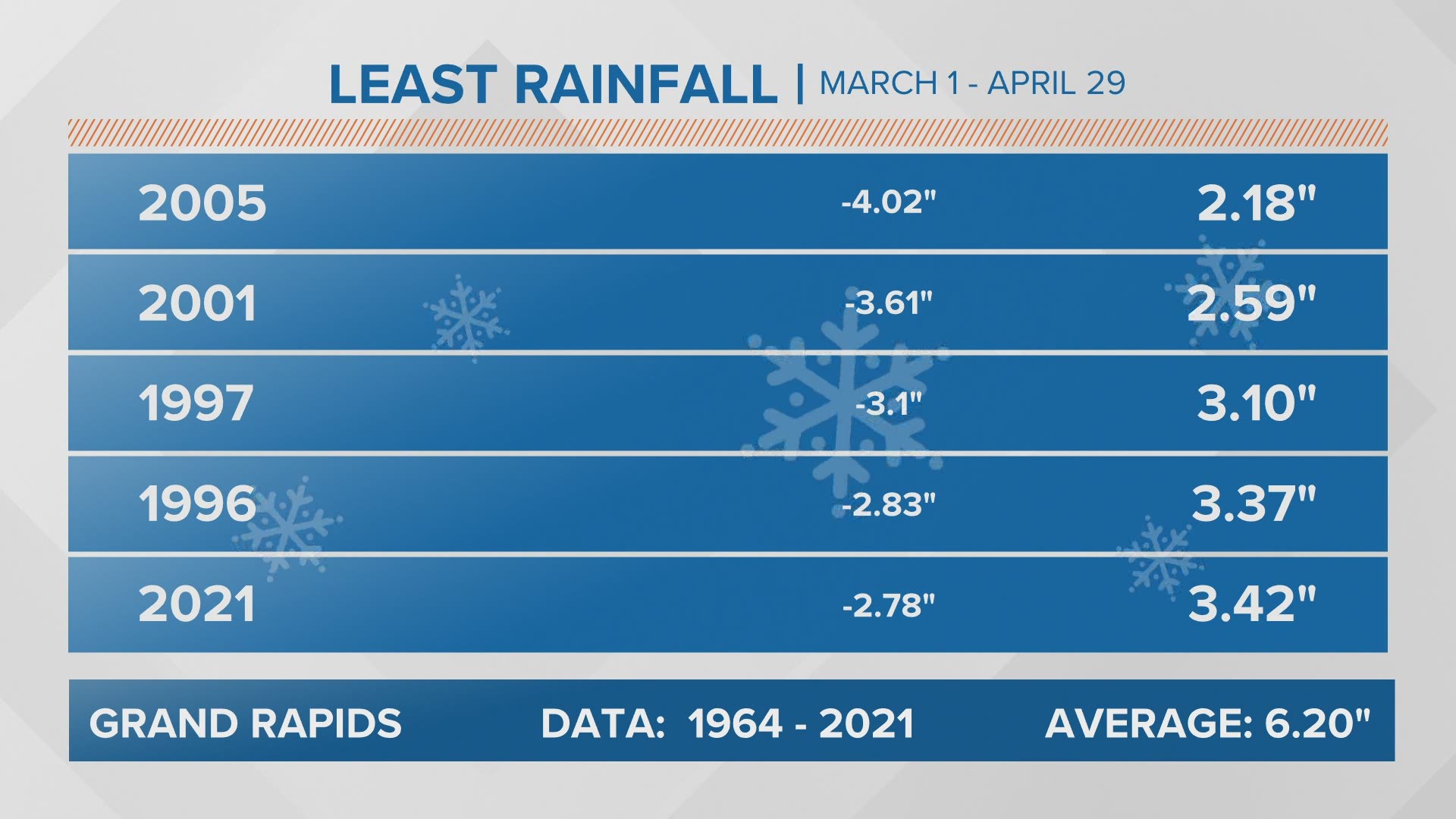 GRAND RAPIDS, Mich. — 2020 brought the most widespread drought to the United States since the summer of 2013, but 2021 is on track to compete with last year's drought condition.

This comes as nearly all of the western United States is under exceptional to extreme drought conditions and a large portion of the Midwest is under moderate to abnormally dry conditions.

Drought ranks second for costliest disasters in the United States, coming in at $6.2 billion on average per year since 1980.

Nearly the entire lower peninsula of Michigan is under a D1 moderate drought. That means we can expect damage to crops, low stream levels and increased fire risk.

While this past winter and the first half of spring have had below-average precipitation, there is a light expected at the end of this dry tunnel. The 90-day precipitation outlook is showing above-average rainfall is expected for the Midwest through the eastern shorelines.

Drought conditions will continue to get worse with the ongoing impacts of climate change. Our warming world is causing more intense and more frequent droughts, but there is always hope. Adopting a more sustainable lifestyle is a great start to help our environment return to its natural state.

RELATED: 13 On Your Side Forecast: Scattered Rain & Thunderstorms 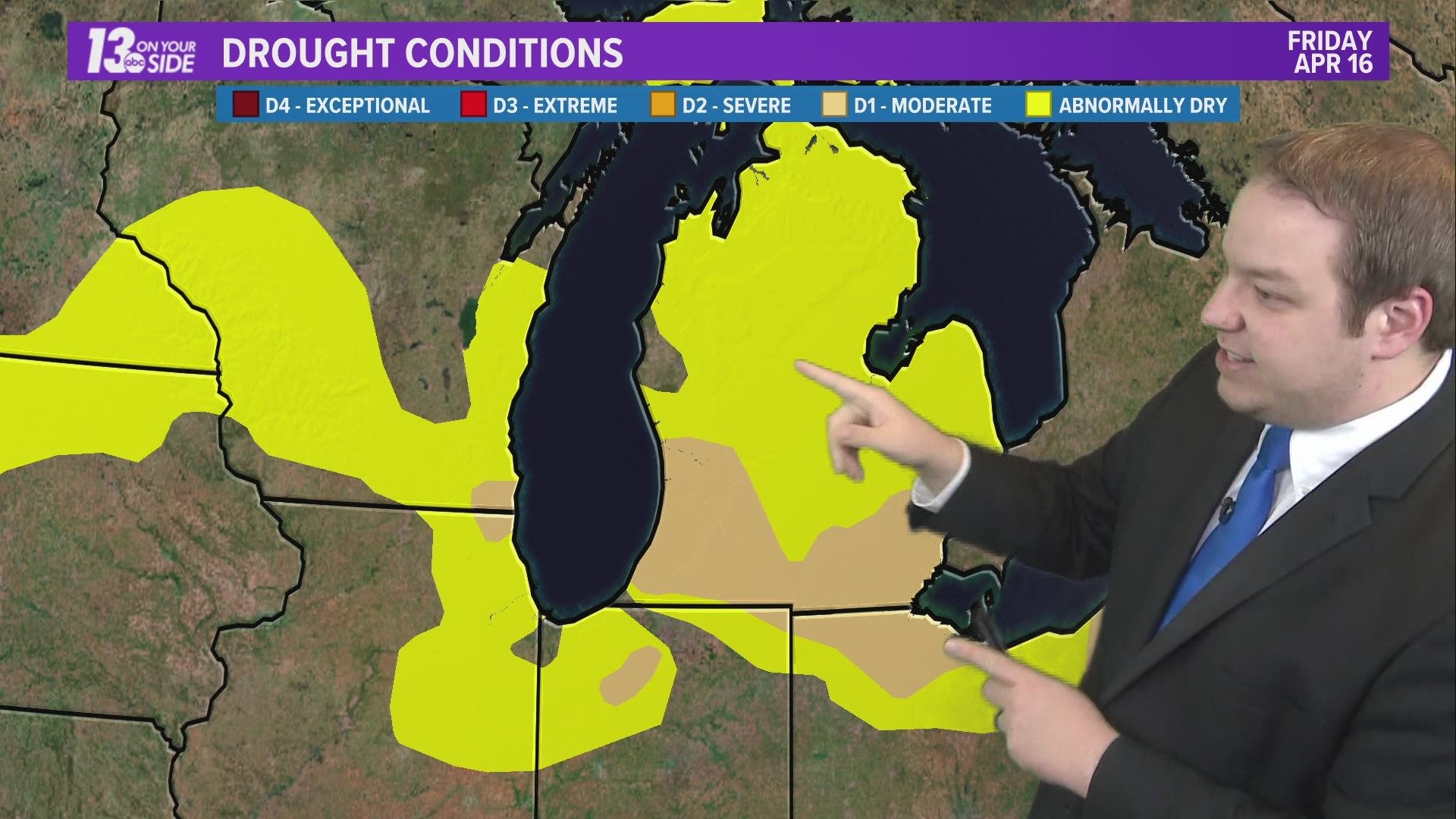