With warming weather and melting lake ice, the water level in Lake Michigan-Huron is forecast to rise in the next month. Meteorologist Michael Behrens has more. 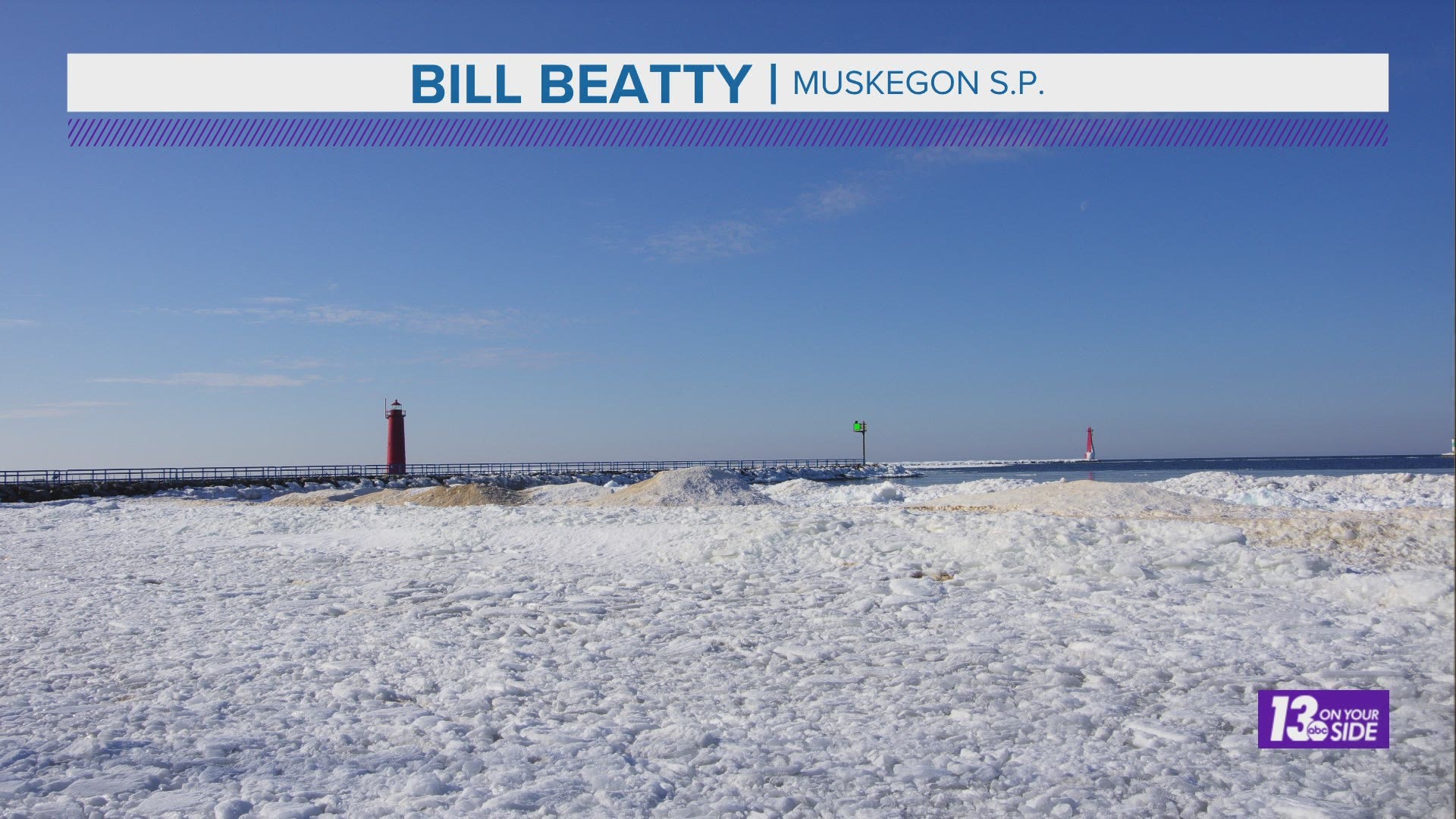 MUSKEGON, Mich. — Ever since late February, a spell of milder weather has settled in around West Michigan. That weather has lead to melting snow, decreasing lake ice, and now, a forecast rise in water levels for Lake Michigan-Huron.

Lake ice, while at higher levels than last year, remains much lower than average across the Great Lakes. The ice this season had only really just began to thicken up in early February, after what had been an unusually mild season.

The lack of ice cover on Lake Michigan also leaves West Michigan open to lake effect snow bands, even deep into winter and early spring. All we would need is a sufficiently cold blast of air to move through the region.

While a late season blast of cold air could be possible in West Michigan, the odds of such an event are looking somewhat slim based on the current Climate Prediction Center forecasts. They place Michigan with above average temperatures likely from now through the next three months.

You can see the March temperature outlook below.

As things continue to warm up, the snow pack and ice cover keep melting, and the rainy season begins to approach, all eyes will turn to lake levels around the region. There is a mixed bag of news when it comes to these levels and Lake Michigan-Huron.

First, the good news. Lake levels have continued to drop in the past month, and are now 9 inches lower than this time last year.

The bad news, the lake still remains up by 26 inches compared to its historical average. On top of that, the weather pattern heading through the next month is expected to add 2 inches to these levels.

These trends will be worth monitoring in the months ahead.

Of course the 13 On Your Side Weather Team will keep you covered with all the short and long term forecast information in the coming weeks and months! So make sure you stick with us for the latest news and weather details!