Jenison cleaning up after being hit with 'violent' storm

Consumers Energy said the Jenison neighborhood had been hit by "violent activity" with the wind and storms. 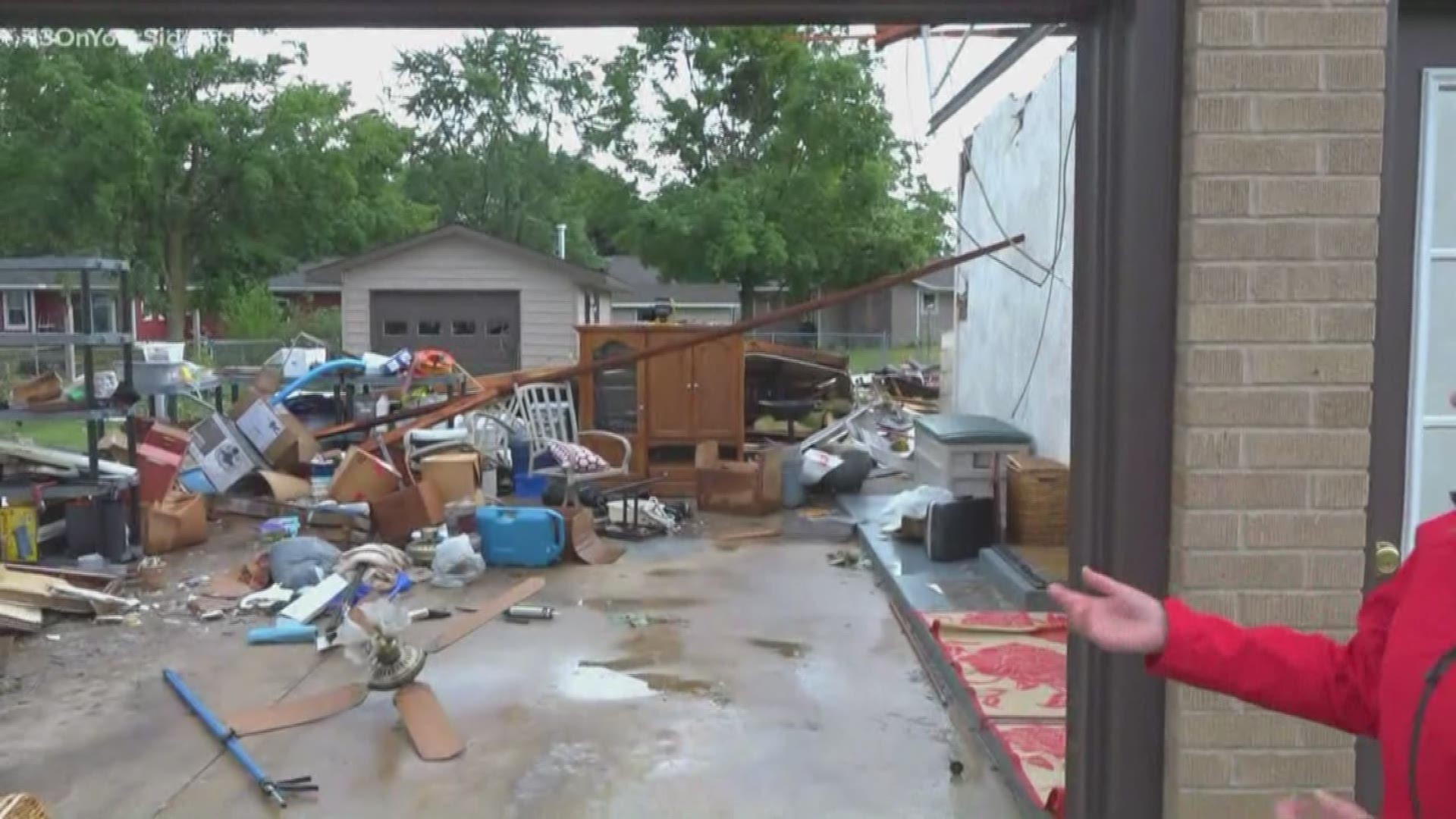 Jenison was one area in West Michigan that was hit particularly hard by storms early Saturday morning.

Marcia Perkins woke up to an unpleasant surprise. Perkins and her husband have lived on the corner of Gatehead Drive and Wagonwheel Street for 47 years and say they've never experienced storm damage like this.

"There's insulation that must have just poofed from the attic on our vehicles," she said.

Her home is surrounded by fallen limbs, blocking two main exit points, and has significant damage to the roof. Perkins says her husband noticed something was wrong around 1:30 a.m. when they lost power.

She quickly got her husband and herself out of their bedroom where outside and above them, part of the roof was being blown off.

"In fact I just yelled, 'get out of bed' because I thought it was going to come across our bed and kill us."

They stayed safe on the home's lower level, and now like others are taking measures to move forward.

The National Weather Service said most of the winds reached 60 to 70 mph in Ottawa County overnight, but there was a concentrated area of damage along Baldwin Street just east of 28th Street where estimated winds hit 80 mph.

According to NWS, one home in that area suffered major damage when the garage door blew in. The wind was then able to knock out the garage walks and most of the adjoining roof to the house.

Only hours later, another storm ripped through West Michigan and hit Jenison with heavy rain and high winds again. Crews from Consumers Energy were working in the midst of the second wave trying to restore power to the area.

Rochow said the Jenison neighborhood had been hit by "violent activity" with the wind and storms. Crews are working around the clock, and additional support is coming in from Indiana to help with power restoration.

Consumers Energy is encouraging people to seek out cooling centers if they are struggling to cope with the extreme heat in the area.

Additionally, the utility and Meijer are going to be handing out water and bagged ice in Jenison on Sunday. From 10 a.m. to 4 p.m. they will be giving away the bottled water and ice at Jenison High School at 2140 Bauer Road. 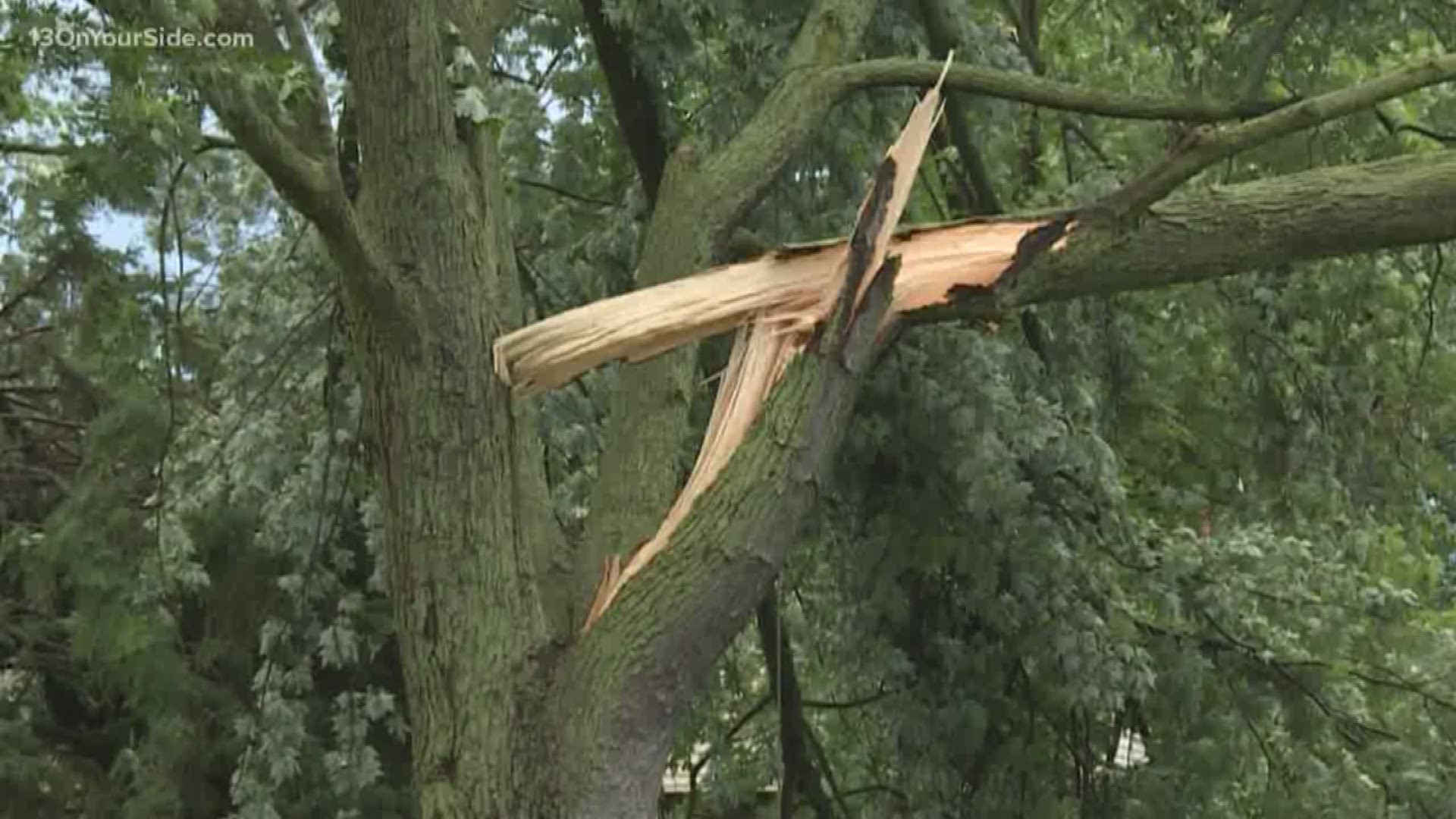