2020 Lake Ice Forecast: Will It Freeze Over?

With a La Niña in place this winter, what does that mean for the Great Lakes? Will they freeze over? Here's the latest! 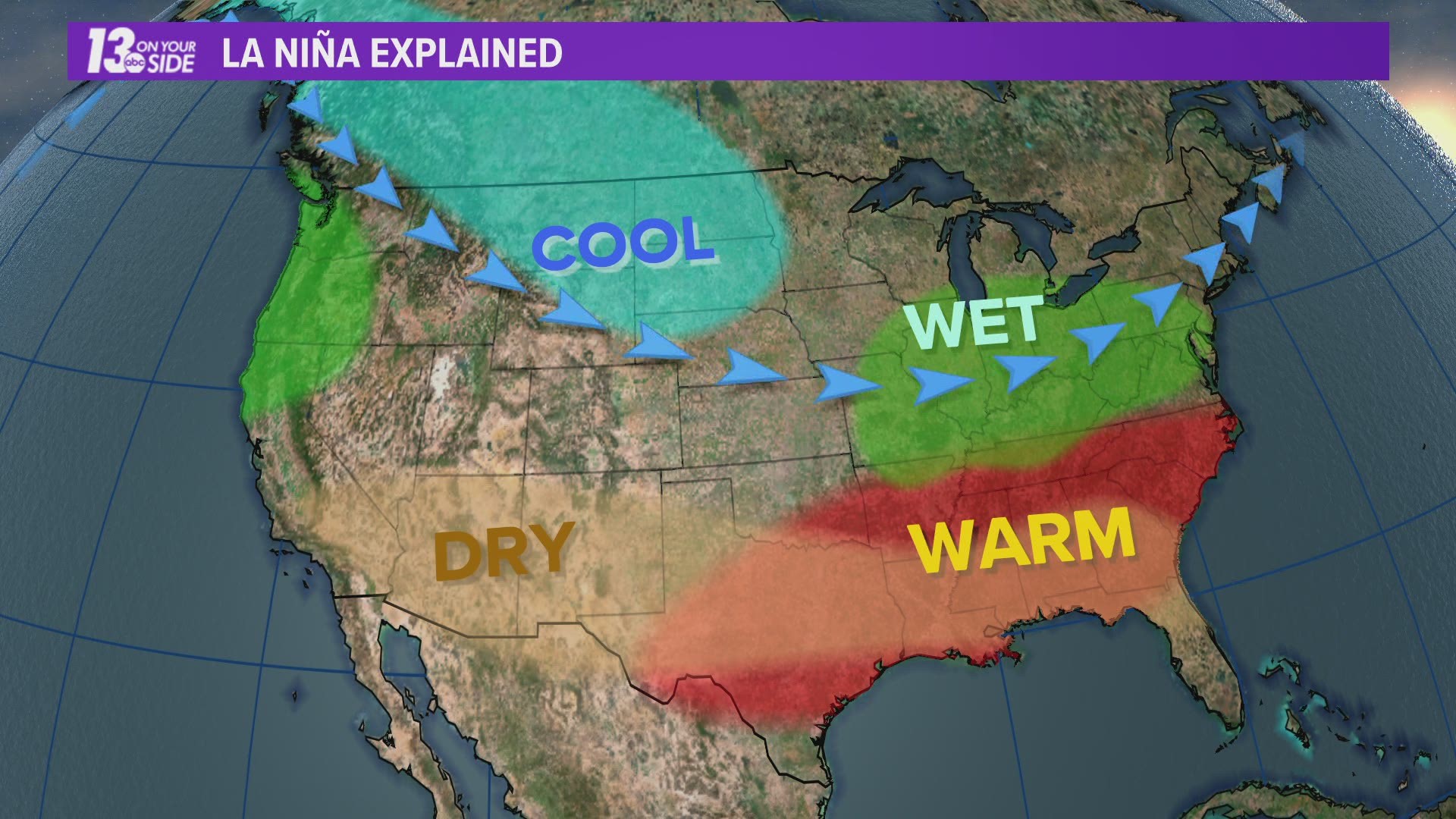 GRAND RAPIDS, Mich. — As November creeps to an end, and more and more rounds of chilly air start to work into West Michigan, our eyes turn toward the winter weather outlook and what we can expect to see weather-wise over the coming months.

Generally this outlook is focused on temperatures and precipitation around West Michigan, but there is another thing to look at as well. The Lakes!

The same controlling factor that has determined our winter forecast is also playing a strong roll in the lake ice forecast for this coming winter. That factor, La Niña.

So let's take a look at what we can expect.

In the short term forecast the lakes have been cooling rapidly over the last week. This has been largely due to high wind events over the Great Lakes region.

We had winds up above 60 mph last weekend, and winds again near 50 mph this past Thursday. These winds create a lot of upwelling and downwelling in the lake, leading to lower water temperatures.

These conditions have led to below normal temperatures in some of the Great Lakes, but Lake Michigan remains near average for this time of the year. Many locations are currently in the mid to upper 40s.

As far as the next two weeks go, the pattern is generally calling for above normal temperatures.

You may think this would increase lake temperatures, but what appears more likely is weather systems will keep passing through the Great Lakes region. This means more wind over the lakes, more upwelling/downwelling, and more falling temperatures with regard to the waters.

Looking longer term, the forecast gets a bit messy. This is all thanks to our good friend La Niña.

As a result of this pattern, almost the entire Great Lakes region sits under equal chances for normal, above normal, or below normal temperatures. This means predicting ice formation through the winter is highly subject to change.

Credit: NOAA
The NOAA Winter Temperature Outlook as of November 19, 2020.

When looking at factors that could lead to more ice this winter, we need to look at the cold air in the northern plains. The location of this air mass is a direct result of the La Niña pattern.

With this air mass so close to the Great Lakes region, the chance for it to breakout and drop south exists as well. This would likely lead to above average ice formation.

Credit: 13 On Your Side
The typical La Niña pattern over the United States.

However, this breakout of cold air has proven to be uncertain at best.

Statistics actually show that most moderate to strong La Niña years result in lower than average ice levels on the Great Lakes. As of now, that's the official forecast from the National Weather Service.

With La Niña in effect, expect water temperatures to continue slowly falling, with first ice formation in the Great Lakes possible by late December. Ice coverage in general this season is expected to be below average.

The big asterisk to this forecast is that a major cold air outbreak from the north could easily both change the date of first ice formation and the eventual total coverage.

When it comes to average ice coverage, going back to 1973, Lake Michigan averages around 40% total coverage. Winter 2019-2020 saw the 5th lowest maximum ice cover of Lake Michigan, with just 17.2%.

Our current forecast would likely land us somewhere between those two numbers.

One final thing to look at this winter is the ice coverage impact on lake levels.

In general, levels in Lake Michigan have been on a downward path, and are forecast to continue decreasing. Despite this decrease, the lake remains well above the normal average water elevation.

Going through winter with less ice coverage on the lakes would generally mean more evaporation could take place. However, less ice also means more humidity is in the air and more moisture is available for weather systems passing through the region to turn into precipitation.

Factor that in with the La Niña pattern leading to an expected wetter than average winter and the evaporation advantage seen over the lakes could just be a total wash.

Credit: NOAA
The NOAA Winter Precipitation Outlook as of November 19, 2020.

Like always you can follow the 13 On Your Side weather team for the latest forecast information in West Michigan.

We will keep you covered all winter long!