The worst damage was found near Fillmore Street between 108th and 104th Avenue. Winds in that area reached 75 to 85 mph at its peak. 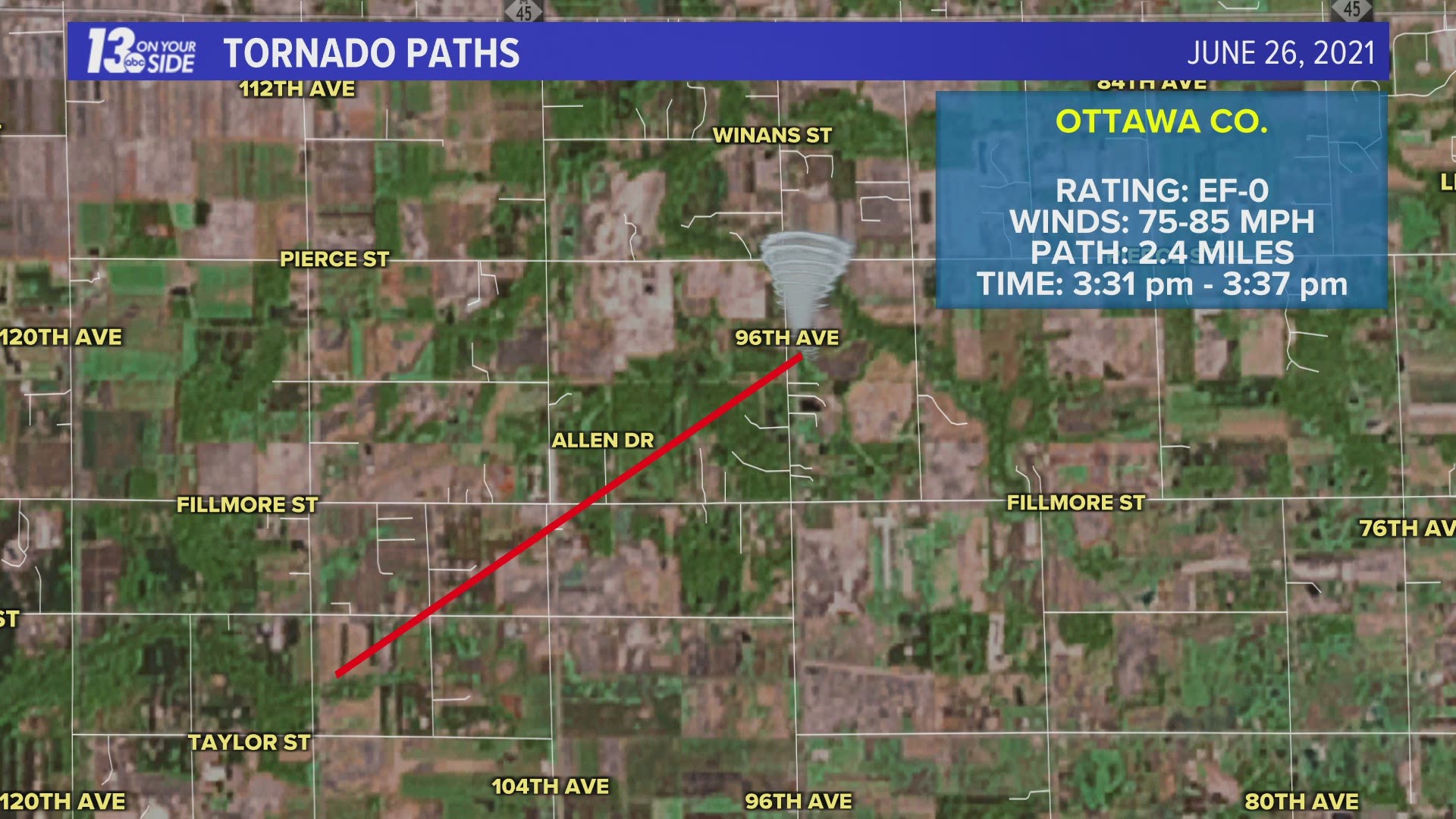 OTTAWA COUNTY, Mich. — The National Weather Service has confirmed a tornado touched down in Ottawa County during the severe storms that moved their way across West Michigan on June 26.

A damage survey conducted by the NWS revealed a broken path of small and medium limbs down as well as several locations of trees uprooted, indicating winds of 55 to 70 mph.

The worst damage was found near Fillmore Street between 108th and 104th Avenue. Winds in that area reached 75 to 85 mph at its peak.

According to the NWS, one building had a garage door blown off, causing a section of roof to follow. Trees on and near the property had also been uprooted and lawn furniture thrown across the property.

The NWS classified this tornado as an EF-0. Winds would have had to reach at least 86 mph to be considered an EF1.

During the June 26 storms, 4 other tornados were confirmed in West Michigan, two of which happened in Ionia County.

The first, rated as an EF-0, is estimated to have reached winds of 75 mph. This tornado is confirmed to have caused damage to two properties, including damaging barns and ripping a silo roof off.

The second is rated as an EF-1 and is estimated to have reached winds of 90 mph. Multiple homes were damaged by this tornado and power lines were downed.

A third tornado was confirmed to have touched down in Mecosta County near Sylvester. Rated as an EF-1, this tornado also reached estimated winds of 90 mph and caused substantial damage, according to the NWS' report, including destroying a barn, tipping center irrigators and tearing apart a cattle barn. Metal was distributed by the strong winds and the debris impacted power lines.

The fourth tornado, confirmed on June 28, touched down in Lowell. It is rated as an EF-0. According to the NWS, the tornado had a path length of about 0.6 miles. Trees and limbs were snapped from Bennett Street and Cumberland Avenue to Vergennes Street east of Cumberland Avenue. 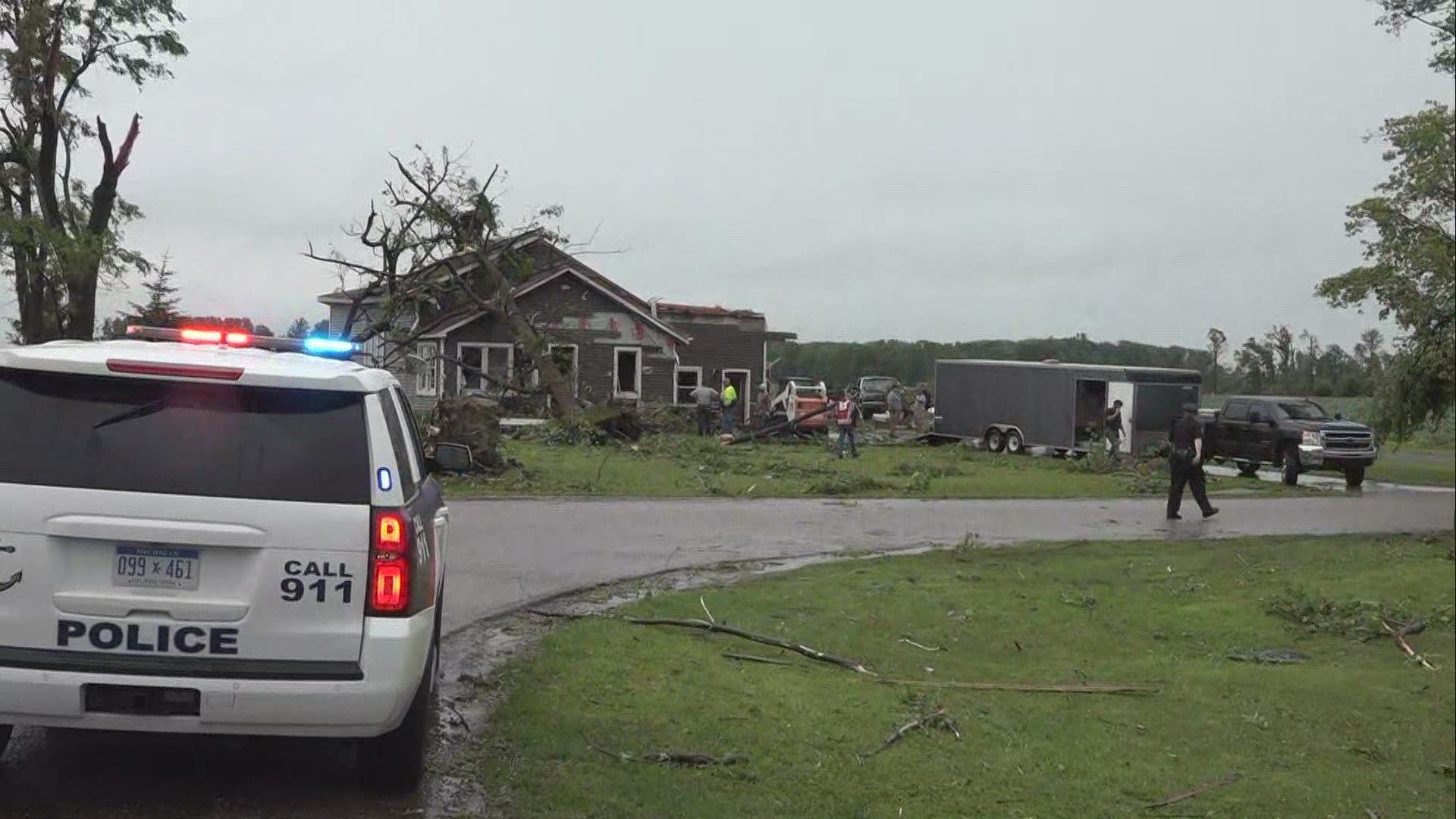