NWS: Wednesday's storm swept away up to 20 feet of dunes in some lakeshore communities

Credit: Tom Renner / SHAES
A lighthouse on Lake Michigan getting pounded by waves and wind.
Author: 13 ON YOUR SIDE Staff
Published: 3:41 PM EDT October 19, 2019

The National Weather Service said that Wednesday's storm, which had strong winds and tall waves, caused significant damage to some communities on the West Michigan lakeshore.

Wind gusts reached 50 mph, the National Weather Service said, and waves topped 10 feet. The strong currents and waves brought down trees on the lakeshore and eroded the beach and sand dunes.

"In the hardest hit areas, 10 to 20 feet of dune bluff was eroded in a 12-hour period due to the combination of near-record Lake Michigan water levels, a 1-foot 'surge' water rise, and large waves," NWS said.

This type of water rise is similar to a storm surge in a hurricane, where winds push the water toward the shore.

RELATED: Neighbors work together to keep Lake Michigan away from their homes

Lake Michigan has had near-record high water levels this year, which only compounded the issues during Wednesday's storm. NWS said this was the "largest and most destructive" storm so far this fall.

"With Lake Michigan water levels expected to remain high at least through the beginning of 2020, the risk of continued erosion will remain for the foreseeable future," NWS said.

The average water level on Lake Michigan is about 2.6 feet above normal.

Water was also pushed back into river channels on Wednesday, flooding roads, parks and parking lots in Muskegon, Saugatuck and South Haven. 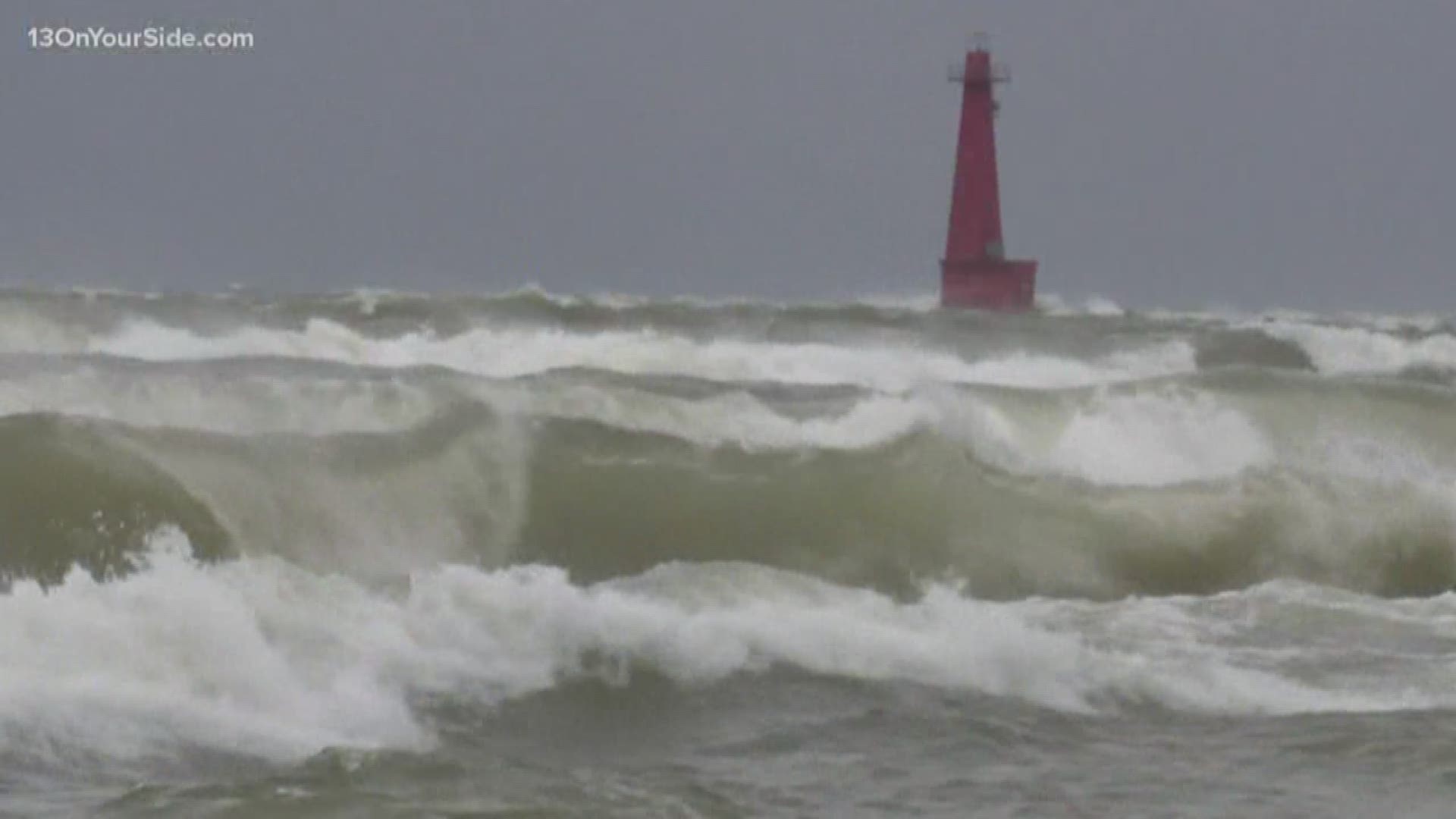