Over 3" of rain causes flooding concerns for West Michigan

Watch for low-lying flooding and ponding of water on roadways as more rain falls. 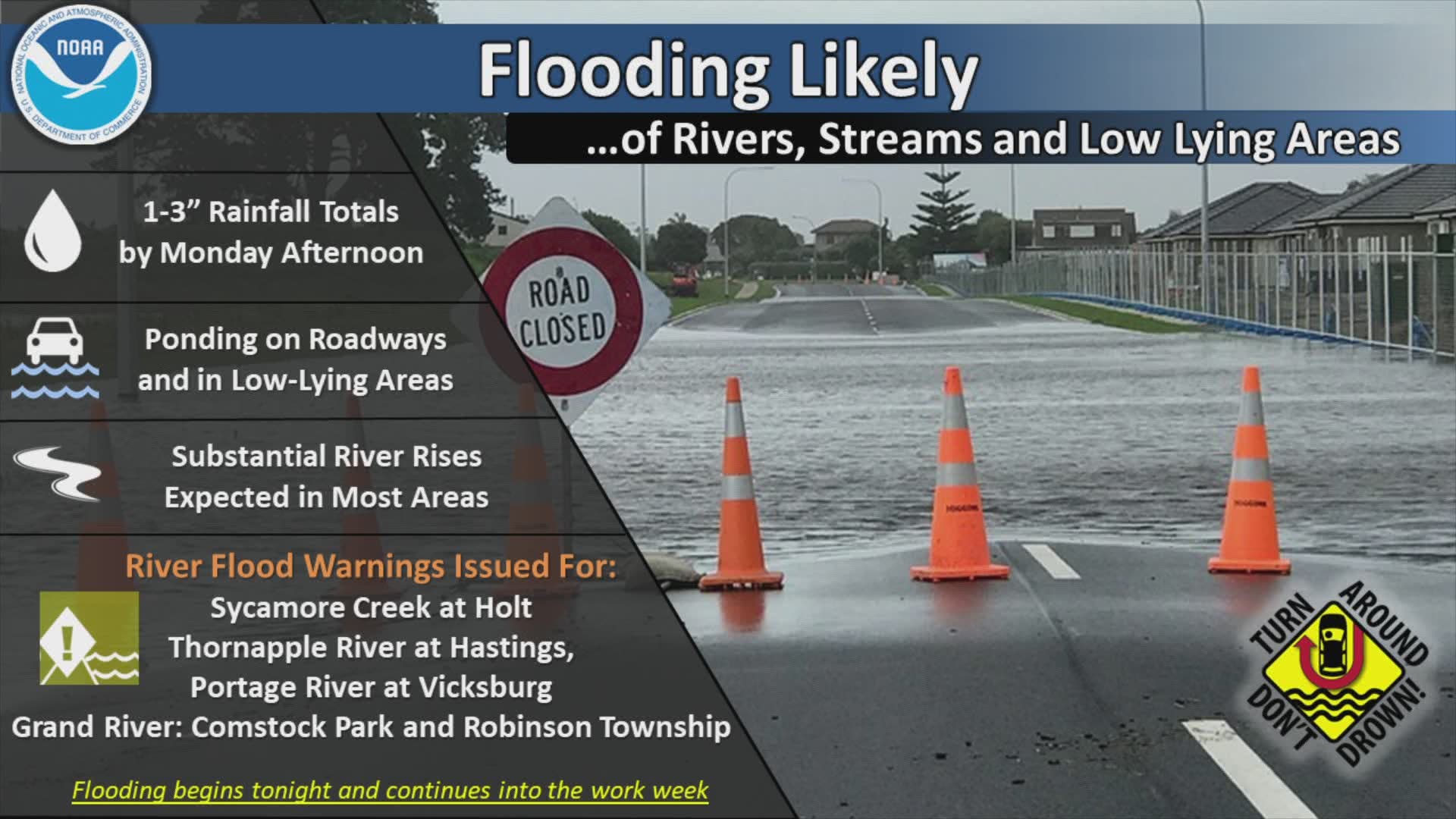 GRAND RAPIDS, Mich — Daily rainfall records were shattered across West Michigan on Sunday, May 17, with several inches of rain reported. With so much rain in a short period of time, the work week begins with flooding concerns.

A flood warning has been issued by the National Weather Service, continuing into the early afternoon of Monday, May 18. Flooding in low-lying areas and near small rivers and streams is likely.

FORECAST: 13 On Your Side Forecast: Rain Keeps Coming

Additional rain totals on Monday will range from half an inch to an inch, with locally higher amounts possible.The highest totals will be east of US-131, near US-127 and into Mid-Michigan.

Lakeshore areas also have lakeshore flood warnings and advisories until Tuesday. Significant inundation of low-lying areas along the lakeshore is possible.

Showers will finally taper off Tuesday around lunchtime and several dry days follow.

The concern, once showers end, shifts to larger rivers like the Grand River. The Grand River at Robinson Township and Comstock Park have a river flood warning in place.

River levels along the Grand River will increase through the week, peaking around 14 feet early this weekend. That is slightly below the moderate flood stage. The Thornapple River in Hastings will also be in the minor flood stage, climbing to 8.5 feet Wednesday afternoon.