Thousands without power across West Michigan after overnight snow

As of 11 a.m., more than 38,000 Consumers Energy customers have been affected by the outages. 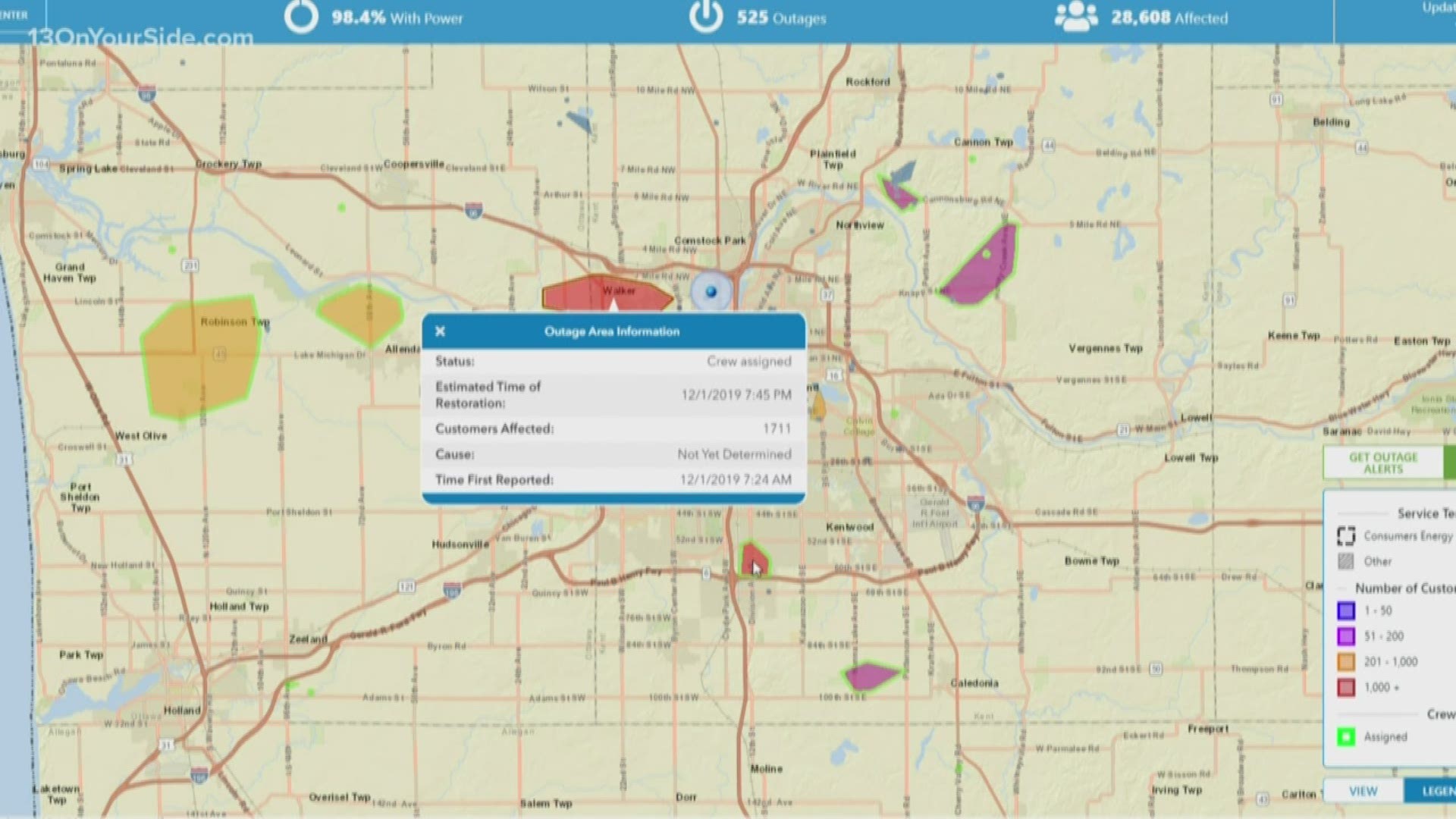 GRAND RAPIDS, Mich. — Thousands of residents across West Michigan are without power Sunday morning after a fresh blanket of snow covered much of the region.

According to the Consumers Energy outage map, the hardest-hit areas were around the Manistee National Forest and further east toward Mt. Pleasant and Midland.

In Grand Rapids, areas west of the city in Walker along Lake Michigan Driver and just south of I-96 have more than 3,000 people without power. More than 500 in Allendale don't have power, as well as a few hundred on the northeast side of Grand Rapids.

Thousands in Big Rapids, Howard City and just north of Fremont are also without power. More outages are reported farther east in Mt. Pleasant and Midland as well.

Great Lakes Energy said almost 9,000 members have been affected in 13 counties, and the counties most affected are in parts of Lake, Mason, Newaygo, Oceana and Osceola counties.

There are also small areas of the northeast side of Grand Rapids reporting outages near Egypt Valley Country Club and east of Plainfield Township.

Also due to the outage, the Woodland Mall announced they were closed except for a handful of anchor stores — Macy's, JCPenney, Von Maur, Urban Outfitters, and Black Rock Bar and Grill.

Most outages are expected to be fixed by this evening, according to the Consumers Energy outage map.

The National Weather Service said the storm was expected to drop 6 to 12 inches of snow in the northern Midwest states, including northern Michigan.

Later today, there could be scattered rain and snow showers, but they are expected to end later tonight.

If you plan on traveling today, stay safe on the roads and be sure to check the website for Gerald R. Ford Airport to make sure your flight isn't canceled. 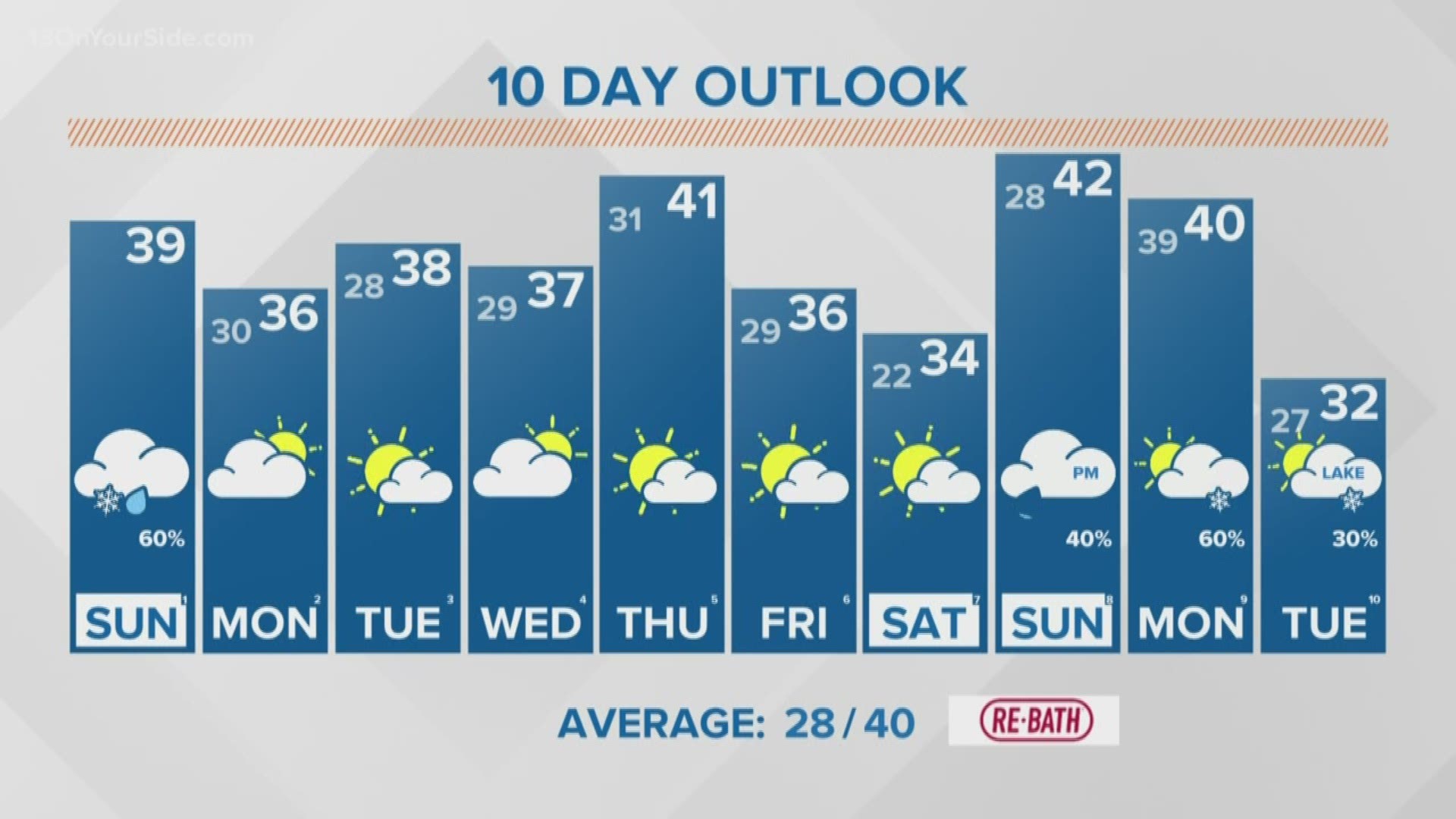