Warmest start to October so far in Grand Rapids!

The average temperature from October 1 through October 13 is the highest on record for Grand Rapids. Will this pattern continue? 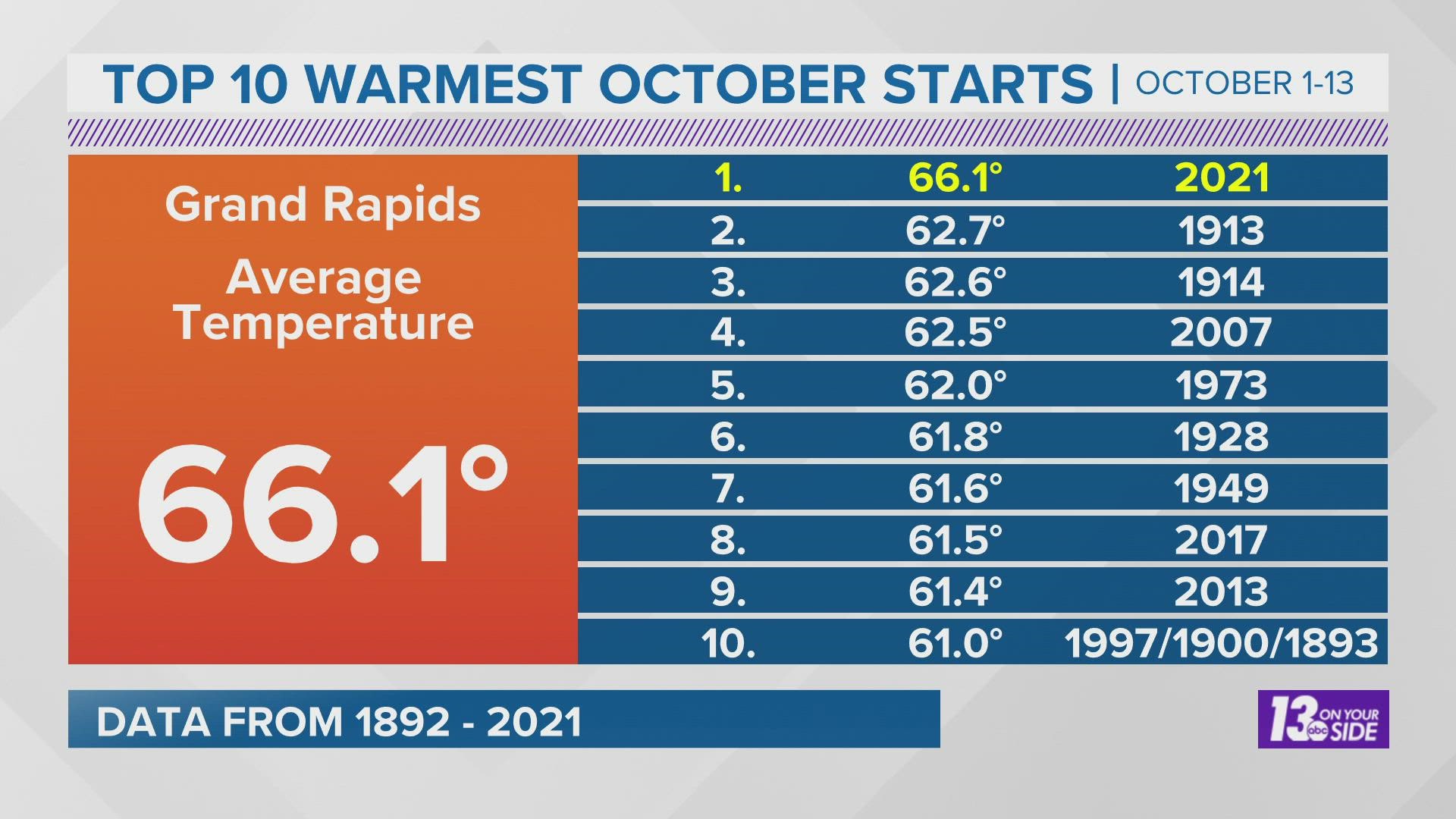 GRAND RAPIDS, Mich. — You don't need a thermometer, or a book of climate data, to know that this October in Grand Rapids has been warmer than usual.

However, if you happened to have such tools and records, the numbers so far this October have been just as impressive as how warm the weather has felt!

First off, every single day so far this month has clocked in from a little to well above average for the afternoon high. Several days, including last Friday, Sunday and Monday, were more than 10 degrees above normal!

In terms of where this puts us for the month so far, well that would be into the record books!

When looking at average temperature for the period from October 1 to October 13, this year has been the warmest on record, and not just by a little. The previous record for the warmest start to October was a whopping 3.4 degrees cooler than where we are at for this year.

Additionally, if the month were to end today, this would be the second warmest October ever for Grand Rapids!

So the question is, what has been going on to make these temperatures so far above average?

There are two factors that we have identified as being important to this October's warm weather. The first of these would be wind direction.

When looking at the weather observations through the past month, 47% of observed winds have been from a southerly direction. Only 29% were easterly or westerly, and 24% were from a northerly direction.

Credit: Michael Behrens
The majority of reported wind directions this October have been from the south. Data from October 1 through October 13.

The other major factor in our unusually warm October has been the placement of the jet stream, which for most of the month has been off to the north as warm air has pushed in and the colder air has been held back.

That will change as we head into the weekend, with a dip in the jet stream heading our way and much cooler temperatures that will drop into the region.

RELATED: 13 On Your Side Forecast: Unsettled through Saturday

Of course the elephant in the room is whether or not this warmer pattern is a result of changing climates in West Michigan. That question will have to be answered over time.

We can't say if this is an outlier event yet, though of the top 10 warmest starts to October, five of them are in the last 30 years, which is the period used to create climate normals.

We will have to keep an eye on these changes in the years to come. 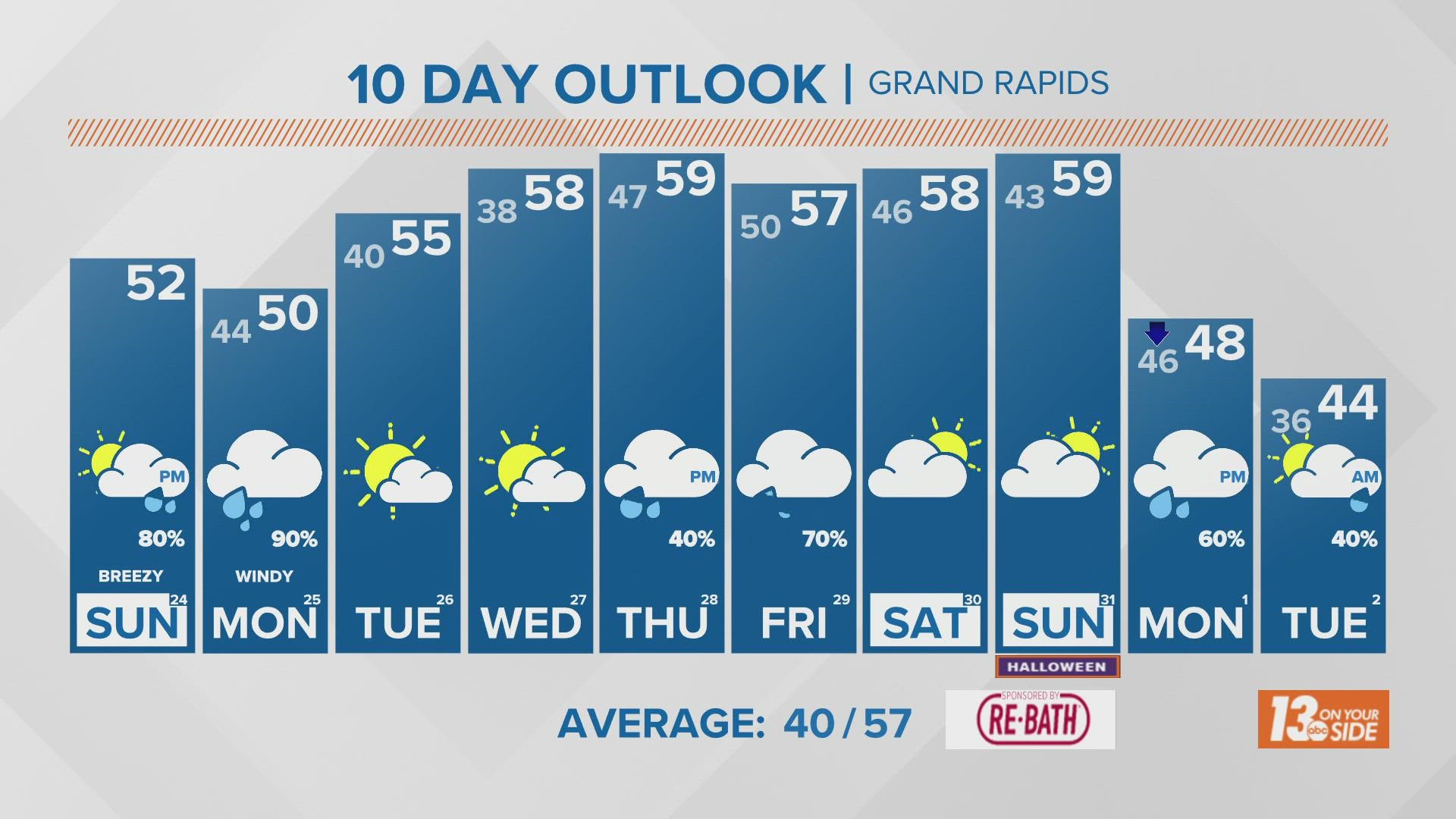 13 On Your Side Forecast: Cooler with showers