A woman who says she has been unable to “speak above a whisper’’ since eating a Jimmy John’s sandwich containing Dijon mustard is suing the fast-food giant, claiming a Comstock Park franchise got her order wrong. 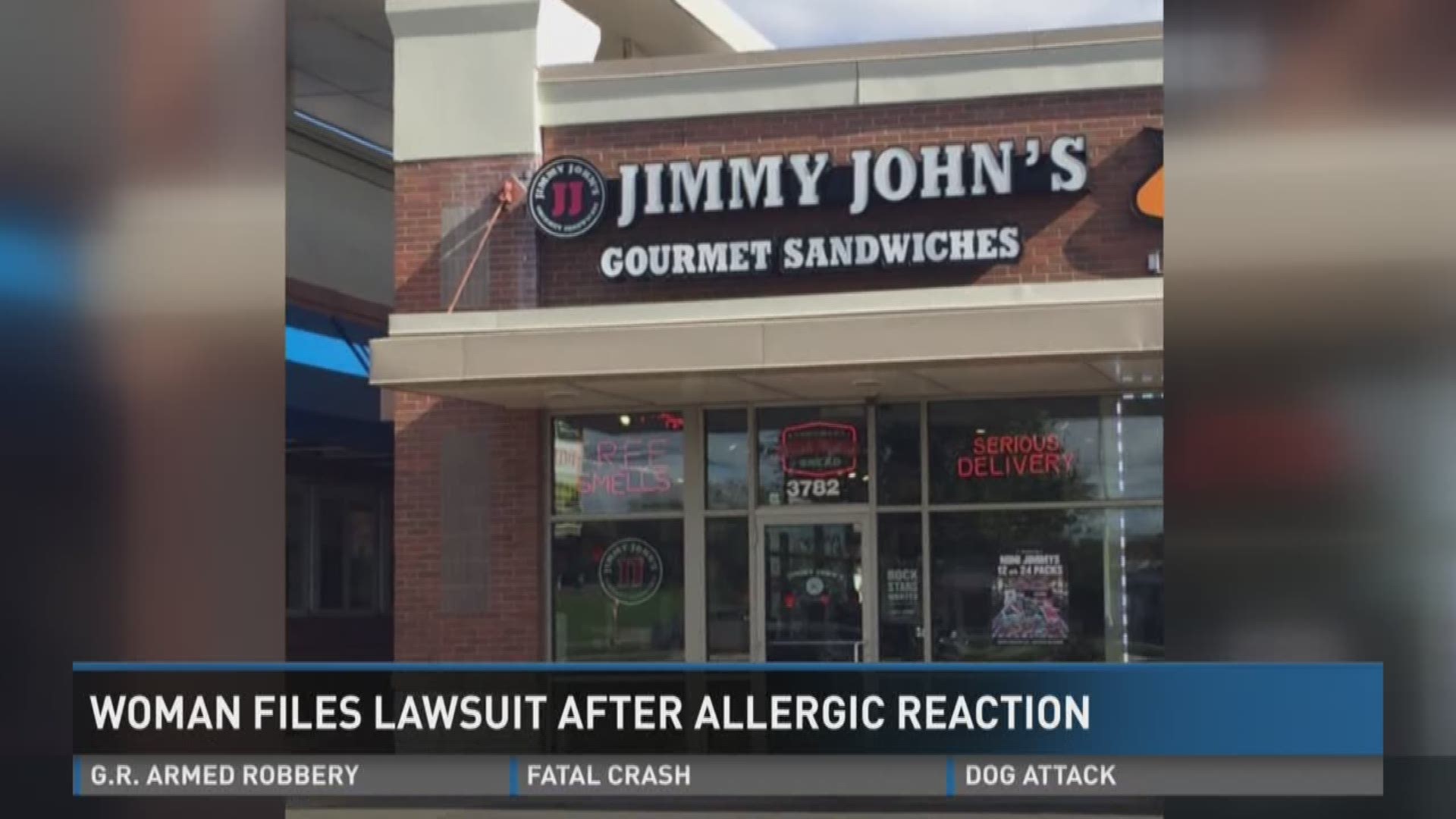 A woman who says she has been unable to “speak above a whisper’’ since eating a Jimmy John’s sandwich containing Dijon mustard is suing the fast-food giant, claiming a Comstock Park franchise got her order wrong.

After taking one bite of her "Billy Club" sandwich, Lindsey Bresnahan had an allergic reaction because it contained Dijon mustard “contrary to her specific instructions,’’ according to the federal lawsuit.

Bresnahan at the time worked in a financial loan office on Alpine Avenue NW and her job involved “a great deal of telephone contact with prospective customers,’’ the lawsuit claims.

It accuses Jimmy John’s of failing to accurately take her order and relay the information to employees. The Illinois-based company also failed to train employees on the dangers of customers ingesting foods that can cause severe allergic reactions, the lawsuit claims.

As a result, Bresnahan has suffered significant emotional distress, humiliation, embarrassment and an “inability to conduct normal activities of daily living,’’ the lawsuit claims.

Her June 2 phone-in order was placed at the Jimmy John’s on Alpine Avenue north of Four Mile Road NW in Comstock Park.

She ordered a ‘Billy Club Unwich,’ which comes with roast beef, smoked ham, Provolone cheese, Dijon mustard and mayonnaise and uses Iceberg lettuce as a replacement for bread, according to the lawsuit.

Bresnahan specifically requested that the sandwich, which was delivered, not include Dijon mustard and mayonnaise, the lawsuit claims.

After biting into the sandwich, she began to experience an allergic reaction. Symptoms included coughing, watering eyes “and her throat beginning to close,’’ the lawsuit claims.

Bresnahan took three Benadryl pills and continued to work, “believing she could recover from the allergic reaction,’’ the lawsuit states.

After recovering enough to make a phone call, Bresnahan called Jimmy John’s to report what happened and the person who answered the phone “apologized for the mix-up’’ and sent a delivery person to retrieve the sandwich, the lawsuit claims.

She had a doctor’s appointment that afternoon for an unrelated issue and was told by her doctor to continue taking Benadryl, the lawsuit claims.

Bresnahan left for a memorial service in New York the next day and “continued to cough violently and also vomited frequently,’’ according to the lawsuit. “By the time she returned to Michigan on Sunday, she was barely able to speak.’’