A new ruling by a judge in Ionia County continues to question the validity of speed limits in the village of Saranac, and it is setting the stage for a higher court to decide the controversial issue of artificial speed limits in the state of Michigan. 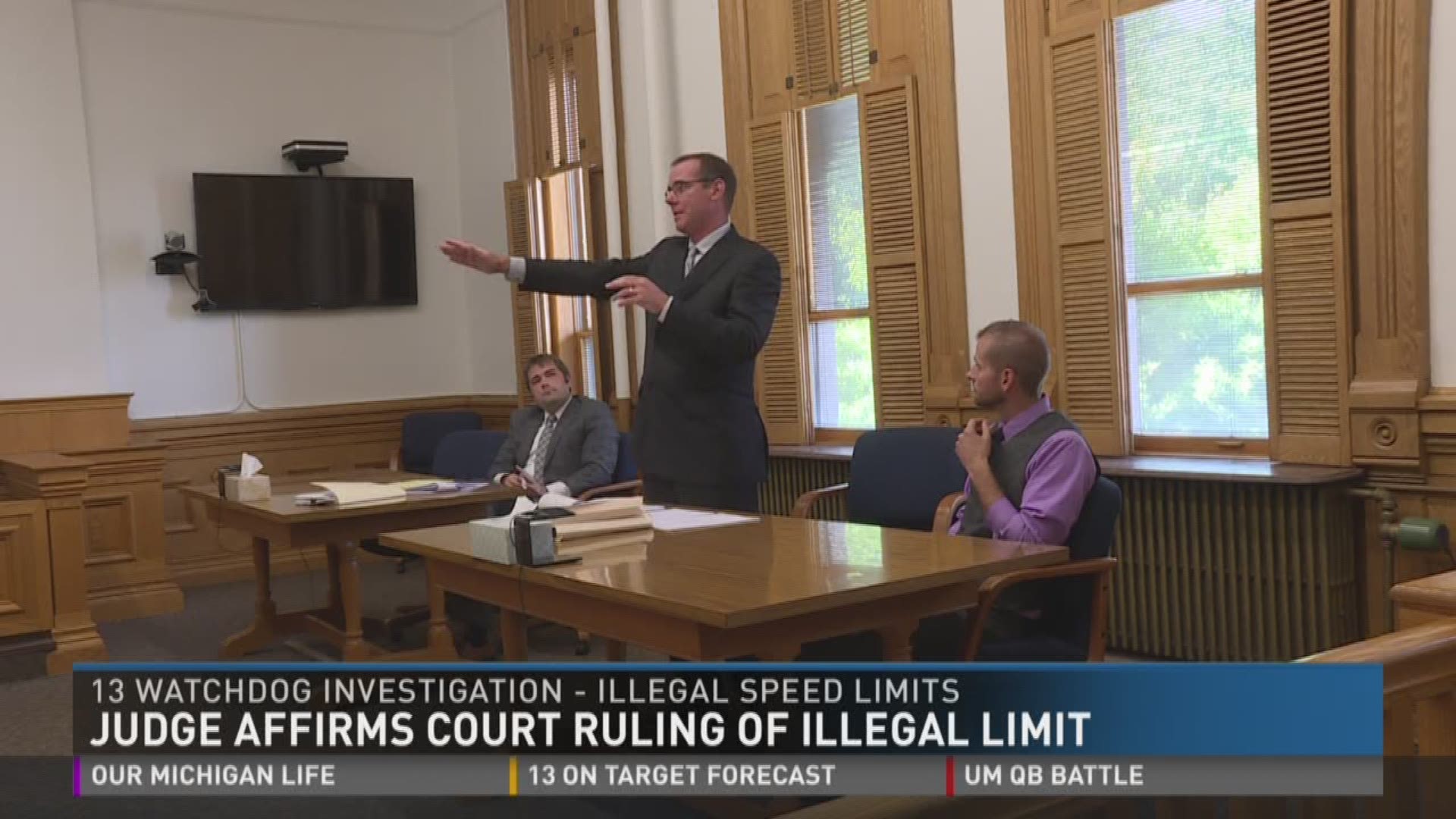 A new ruling by a judge in Ionia County continues to question the validity of speed limits in the village of Saranac, and it is setting the stage for a higher court to decide the controversial issue of artificial speed limits in the state of Michigan.

Ionia County Judge Robert Sykes affirmed a ruling made in Ionia County District Court that exonerated an alleged gun-carrying drunk driver because the village earlier this year had no documentation to show how the speed limit on Parsonage Road in Saranac was legally set.

On Monday, Aug. 22, Sykes ruled that the 25-mph zone is actually the state's default 55 mph speed limit in a case involving an alleged drunk driver.

Dash cam and body cam video we obtained show two deputies in a car speeding after Owen who was clocked driving his truck 43 mph in a 25-mph zone.

The video indicates the deputies found alcohol in the vehicle as well. The video shows deputies asking him again if he had been drinking while driving and he told them he hadn't.

During the 20 minute confrontation, officers did several sobriety tests on Owen. They determined he should be arrested under suspicion of drinking and driving.

Six months later, we watched Owen walk into court expecting to have all the charges dropped without ever discussing whether he was drunk or not. Weeks later, he found out all of the charges against him were dropped because the traffic stop was deemed to be invalid because of an illegal speed limit.

Ionia County District Court Judge Raymond Voet declared the speed limit on Parsonage Road to be 55 mph, not 25 mph. The 55 mph speed limit is the default speed limit used in Michigan if no other speed limit has been established. Because Owen was going 43 mph in a 55-mph zone, there was no reason for the deputies to stop him.

In his ruling, Judge Voet said the village of Saranac didn't have any records how they posted the speed limit in the past and the judge agreed that the village needed to do work to ensure it's speed limits met the guidelines of state law.

"There's no record of what the old laws were and how they got there (to the speed limit)," Judge Voet said. "That in it of itself is a huge problem, which I think undermines the Prosecutor's persuasiveness in that regard."

Judge Sykes on Monday agreed with Judge Voet setting the stage for the Ionia County Prosecutor's office to appeal the case to the Michigan Court of Appeals.

Despite the rulings, we reported earlier this year that the village of Saranac reestablished the 25 mph speed limits on Parsonage Road and on most roads in the village.

In 2006, Public Act 85 of 2006 was passed by lawmakers forcing cities, townships and villages to do speed studies or access point counts to justify their speed limits. Michigan State Police Lt. Gary Megge testified in the Owen case against the prosecuting attorney that he believes speed limits can only be enforced in this state if the locals have documented the establishment of speed limits based on science and not some arbitrary number.

"Like a dollar bill has to have something backing it, the speed limit sign (does as well)," Lt. Megge said. "The village can't just put up signs and say that's it."

Owen's attorney, Ed Sternisha, wonders if this case could change the minds of local leaders who have been stubborn about studying speed limits.

"Somebody is going to get pulled over for 'speeding' in an improperly set zone and police are going to not be able to use it as evidence because they're going to know they know they're violating this law," Sternisha said.