Escanaba shipwreck survivor: 'All they had were each other'

Melvin Baldwin and Raymond O' Malley were found unconscious on a piece of wood when they were rescued hours after the sinking. Since then, the O'Malley family has done all they can to remember those who never made it back. 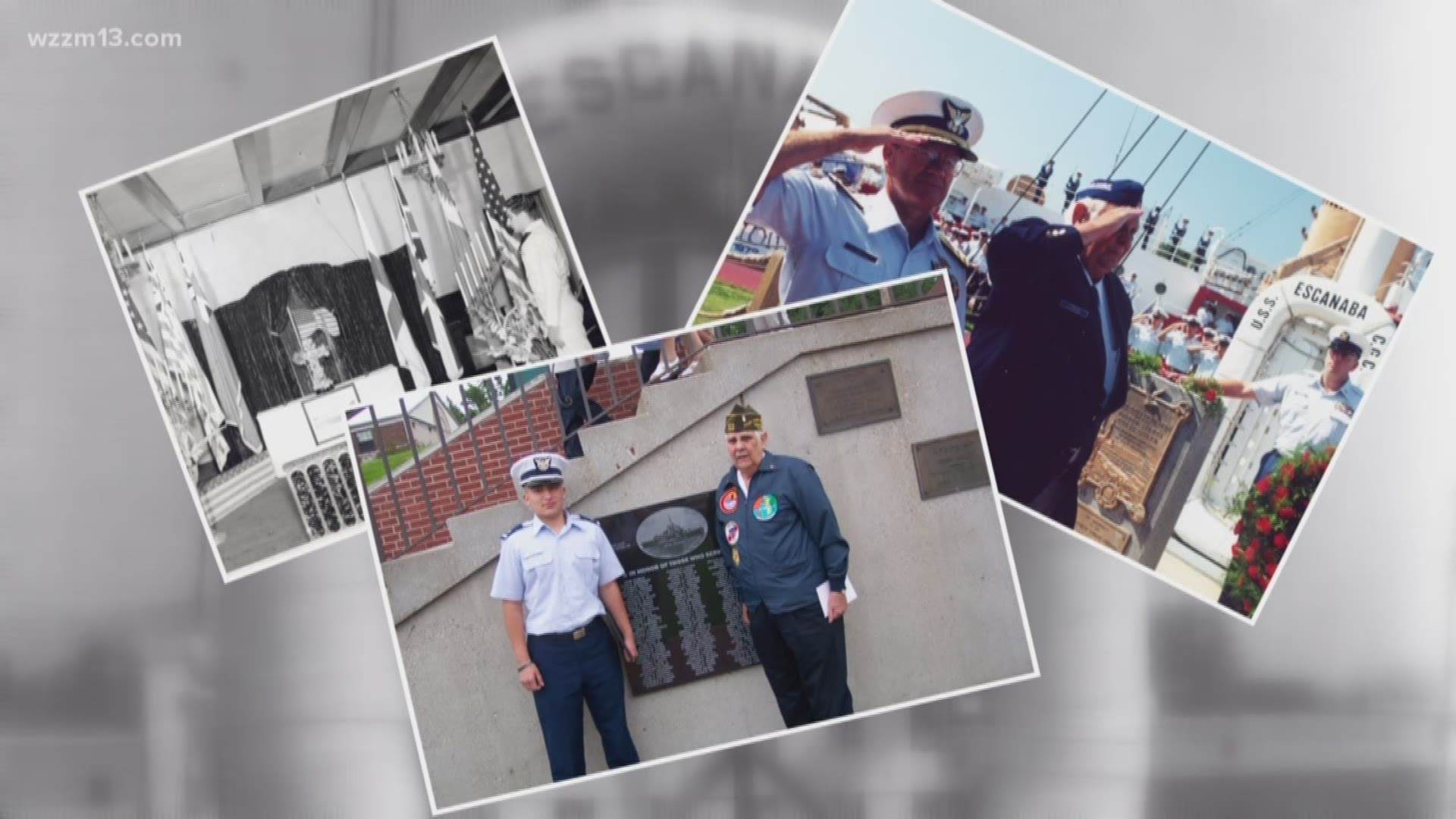 GRAND HAVEN, Mich. - On Friday, hundreds gathered in Grand Haven to honor and remember the lives lost on June 13, 1943.

It has been 75 years since the Cutter Escanaba was lost in the North Atlantic during World War II. One hundred and three men aboard that ship died, just two survived. Melvin Baldwin and Raymond O' Malley were found unconscious on a piece of wood when they were rescued hours after the sinking. Since then, the O'Malley family has done all they can to remember those who never made it back.

"Ever take a cold shower? That's what it feels like very quickly," Peter O'Malley, Ray's son told 13 ON YOUR SIDE.

Peter heard his father tell this story countless times. On June 13, 1943 an explosion occurred aboard the cutter Escanaba.

"I'm going down with the ship. The water was pulling me down," Ray O'Malley said in a 2005 interview.

O'Malley was attempting to swim through the icy waters, when he saw Melvin Baldwin on a piece of wood, also known as a strongback.

"Baldwin and I were both on this strongback when they pulled us out of the water," Ray said."Both of us were unconscious. People talk about how they die and they see their life go before them whatever is and I just froze and that was it. Now I owe it to them [those who died], to honor them."

That repayment came in a form of recognition. Ray O'Malley attended the Escanaba memorial service in Grand Haven, every single year.

"My dad made it clear to Michael and I that this was never about him. He came because of his shipmates," Peter said.

"That's why we continue to come and pass this on to our future generations," Michael O'Malley, Ray's grandson, added.

"With my son coming up every year, it's all to keep the sacrifice of the crew alive."

In 2007, Ray O'Malley was buried at sea off the Escanaba three, a ship named after the original Ray was on.

"My dad always used to say now all hands were accounted for," Peter added.