The Grand Rapids native would have been the youngest man to fly in space in the 1960s. 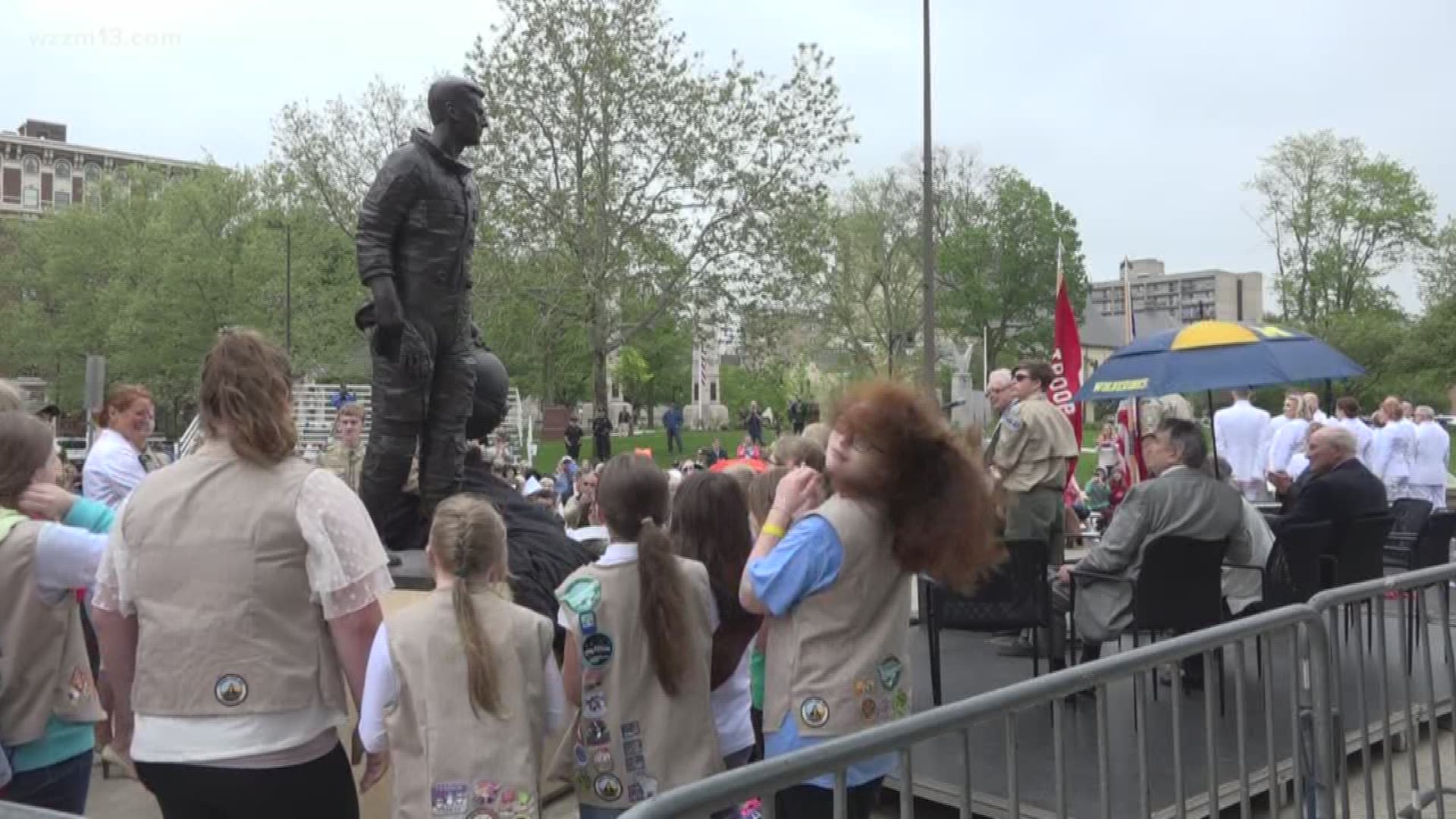 GRAND RAPIDS, Mich. - The statue for astronaut Roger B. Chaffee, a Grand Rapids native who died in a test run for a trip to the moon, now stands in the heart of downtown.

Chaffee was one of three astronauts selected for the Apollo 1 mission in the late 1960s. The group died inside the capsule after a power surge started a fire during a pre-launch test in 1967.

"Roger B. Chaffee would've flown a mission to the moon without any question," said Skylab 3/Space Shuttle Astronaut Jack Lousma at the unveiling Saturday.

"It never rusts, never corrodes," Grill said. "It's there permanently, so this sculpture will be here for hundreds of years."

Before the statue unveiling, a representative from the city of Grand Rapids declared May 19, 2018 Roger B. Chaffee Day. The statue stands outside the Grand Rapids Children's Museum at the corner of Fulton Street and Sheldon Avenue NE.

"Roger is here where he should be in the statue," Chaffee said. "And I hope all the children that go to the museum will look up at Roger and say, 'Hey, I can do it, too.'"