A weekend riot in downtown Grand Rapids led to seven arrests; Adrian Baker of Gobles is the first to be prosecuted. 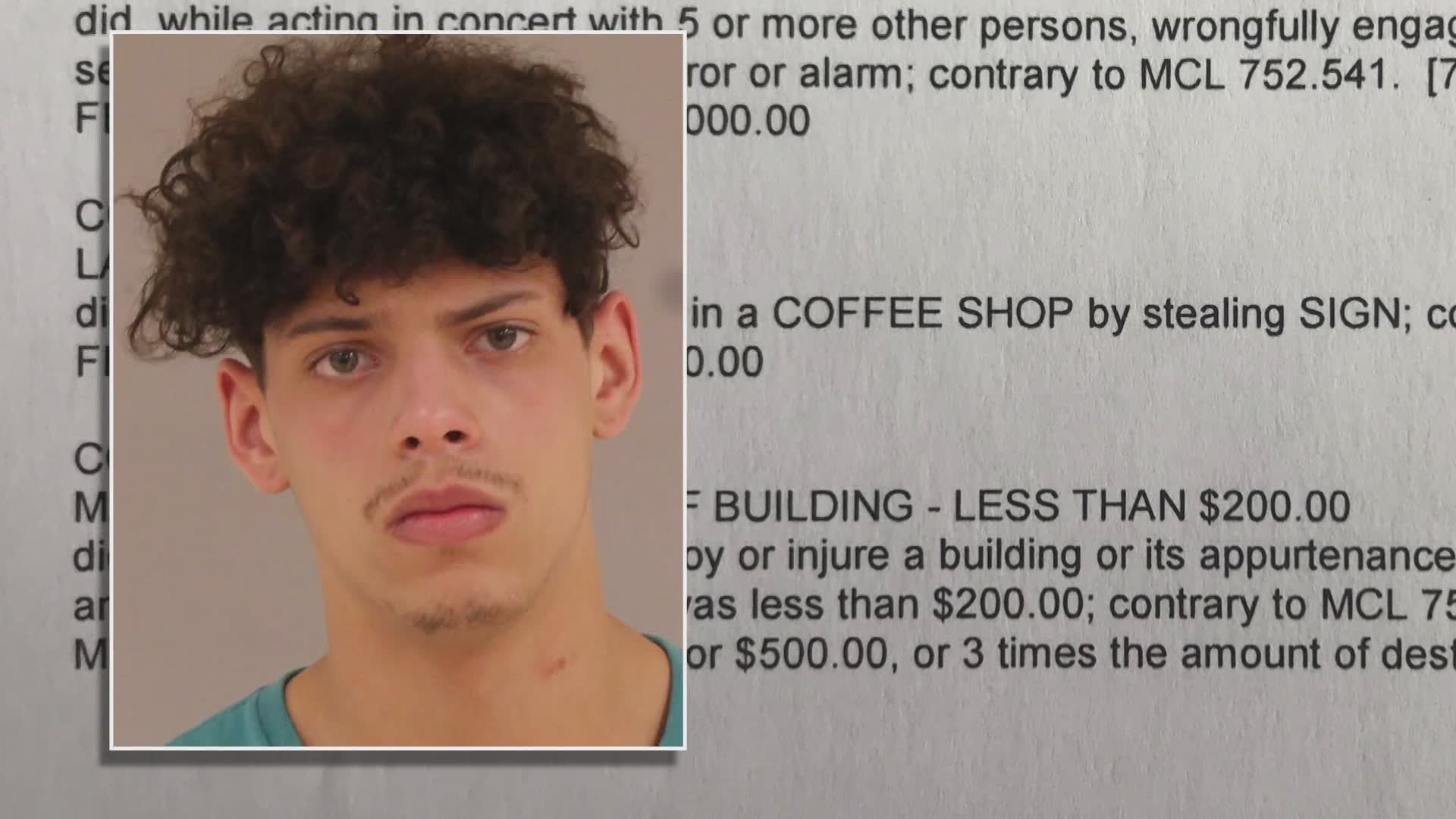 GRAND RAPIDS, Michigan — An 18-year-old man who lives in Van Buren County is the first person to be charged in a weekend riot that caused extensive damage to the downtown Grand Rapids business district.

His conduct on Monroe Center NW caused or created “a serious risk of causing public terror or alarm,’’ according to felony information filed in Grand Rapids District Court.

The seldom-used riot charge is punishable by up to 10 years in prison.

“Riot is obviously something we have not seen a whole lot in my time in the office,’’ Kent County Prosecutor Chris Becker said Monday. “It’s basically unlawfully engaging in violent conduct, which could be a whole host of things, whether it be malicious destruction of property or assaultive behavior.’’

Baker, who lists an address in Gobles, Mich., is also charged with larceny in a building for stealing a coffee shop sign. It’s a four-year felony.

And he faces a misdemeanor count of malicious destruction for causing less than $200 in damage to Biggby Coffee, located on the ground level of McKay Tower at 146 Monroe Center NW.

During video arraignment on Monday, bond was set at $5,000. Baker was released Monday night after posting bond.

“We’ve got to sort through a lot,’’ he said. “We’re in the process of sorting through all that happened and trying to go through video and so forth and see what we can get.’’

Felony charges of malicious destruction of property is certainly an option. If damage exceeds $20,000, offenders face up to 10 years in prison.

Kent County Sheriff Michelle LaJoye-Young says law enforcement officials are committed to bringing to justice those who trashed the city. The sheriff’s department assisted Grand Rapids officers over the weekend.

“I don’t think there’s anyone who lives and works in our community who wants to see a repeat of what happened on Saturday night,’’ she said. “I think all of us realize that’s not who we are as a community.’’

The sheriff’s department and other area agencies were in Grand Rapids on Monday as another protest was held in response to the May 25 death of George Floyd in Minneapolis. A former Minneapolis police officer has been charged with murder in Floyd’s death.

A protest held Saturday evening in downtown Grand Rapids was followed by rioting that left scores of businesses and numerous government buildings damaged.

At least seven people were booked into the Kent County Jail on charges related to the rioting, including Baker.

RELATED: Damage to buildings could have Grand Rapids rioters facing 10 years in prison 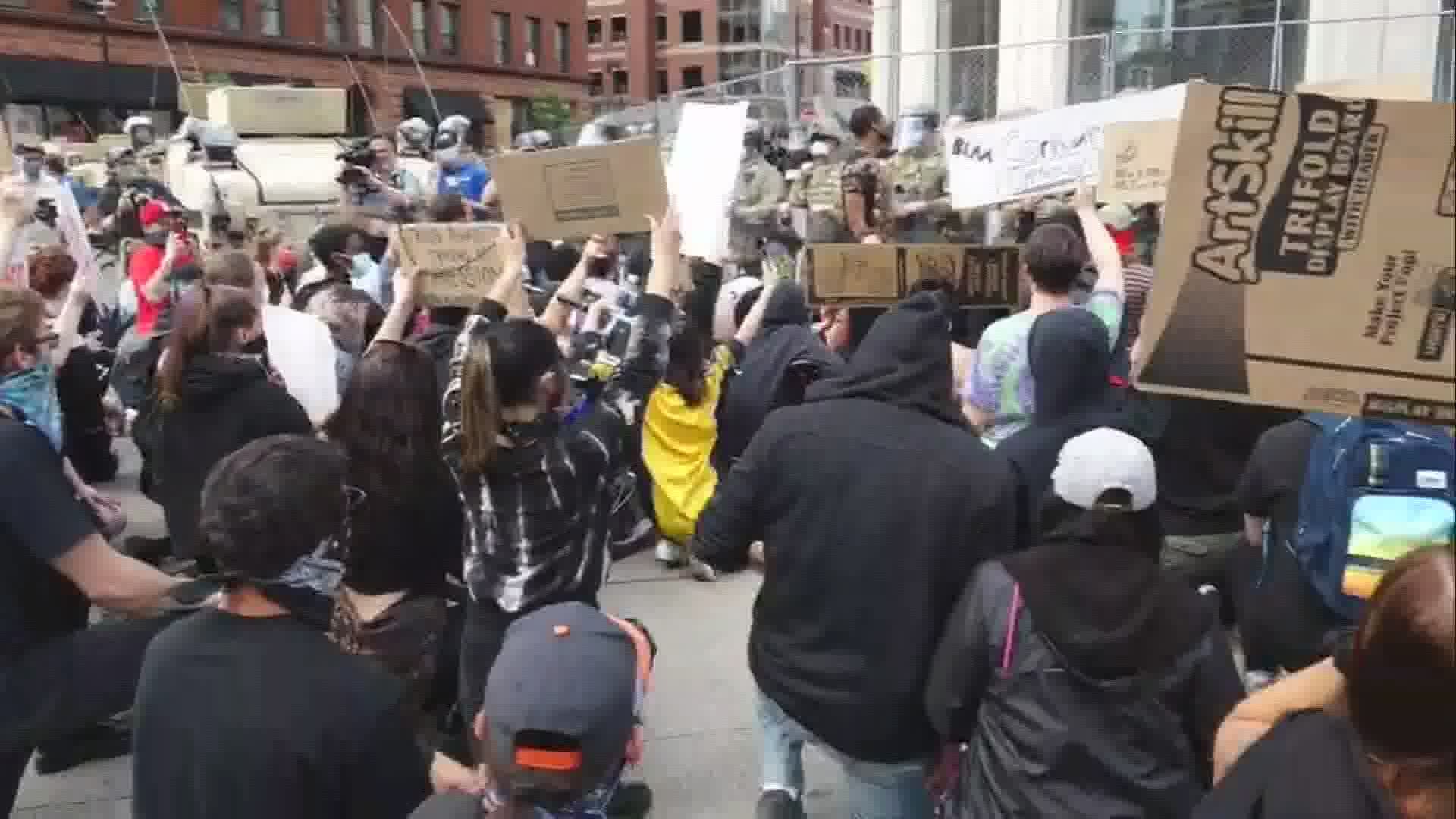