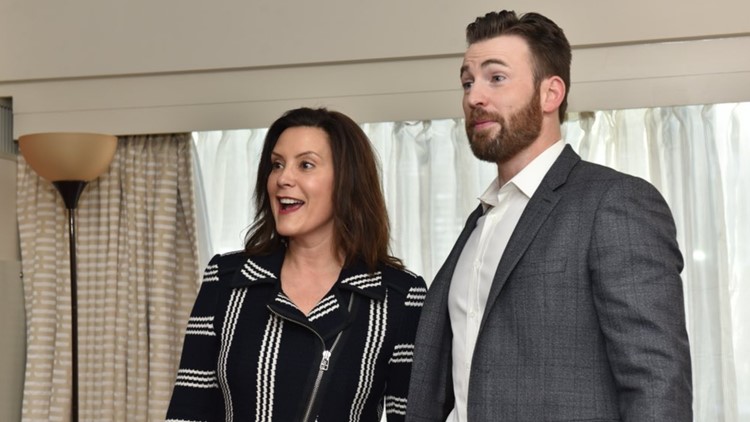 WASHINGTON — Gov. Gretchen Whitmer said she had a "MARVELous" time meeting with Chris Evans, the actor who played Captain America in the Marvel franchise.

"She sat down with Captain America – I mean – Chris Evans for 'A Starting Point' which is the website he is launching later this year," said Tiffany Brown, a spokesperson for the governor.

Evans talked to Wired Magazine about his new initiative—A Starting Point—which is a website that will have politicians succinctly answer questions about some of the biggest topics in American, like healthcare and immigration. The website's goal is to promote civic engagement. The actor plans to conduct the interviews himself off camera.

In preparation for launching the website, Evans has produced 1,000 videos from more than 100 members of Congress on both sides of the aisle, Wired reports.

Whitmer tweeted about meeting with Evans in Washington D.C. over the weekend.

Recent interviewees appear to be Whitmer, Rep. Eric Swalwell, a Democrat from California, and Rep. Will Hurd, a Texas Republican.

Whitmer was in the national eye last week when she delivered the Democratic response to President Donald Trump's State of the Union. Evans is coming out of a decade of portraying Captain America, and he most recently starred in "Knives Out."