Say it ain't so! It's the last Sunrise Sidelines of the year! But we're going out with a bang in the Eagles' nest. We paid a visit to the Muskegon area to hang out with the kids at Oakridge High. 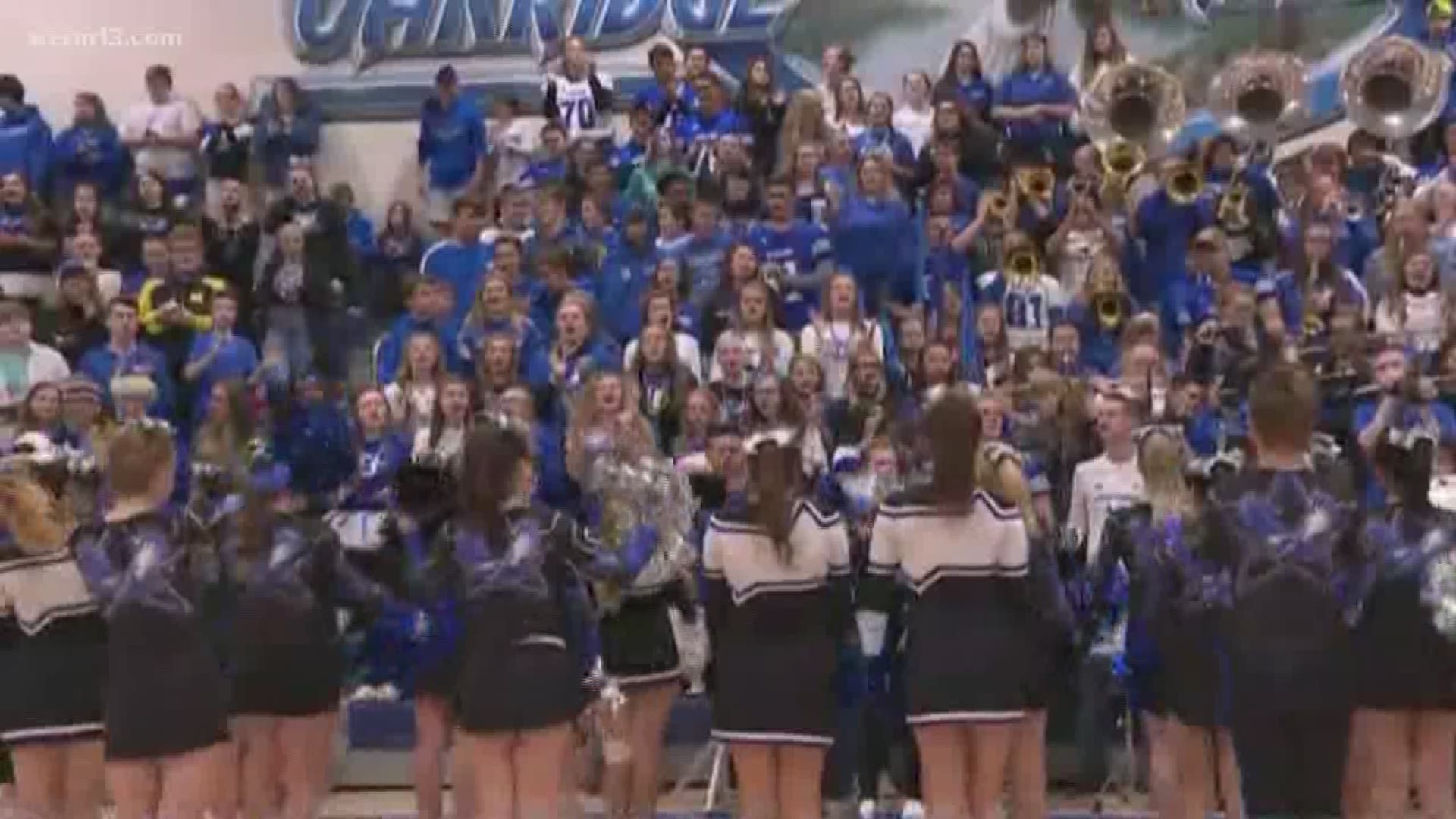 EGLESTON TOWNSHIP, Mich. - Nestled in the heart of south central Muskegon County, the Oakridge Public School district is one of the smaller districts in West Michigan. But don't let size fool you. Just like their mascot, the Eagle students and staff have intense pride and spirit.

1 / 16
Nestled in the heart of south central Muskegon County, the Oakridge Public School district is one of the smaller districts in West Michigan. But don't let size fool you. Just like their mascot, the Eagles have intense pride and spirit.

If you go to an Oakridge football game, you know these things to be true: It's hard to find a place to park and boy is that place loud!

But like all the schools we visit, there's way more than athletics to celebrate at Oakridge. The school has a program called LINKS which helps connect freshmen with upper classmen. Those upper classmen help them not only academically, but socially as well. 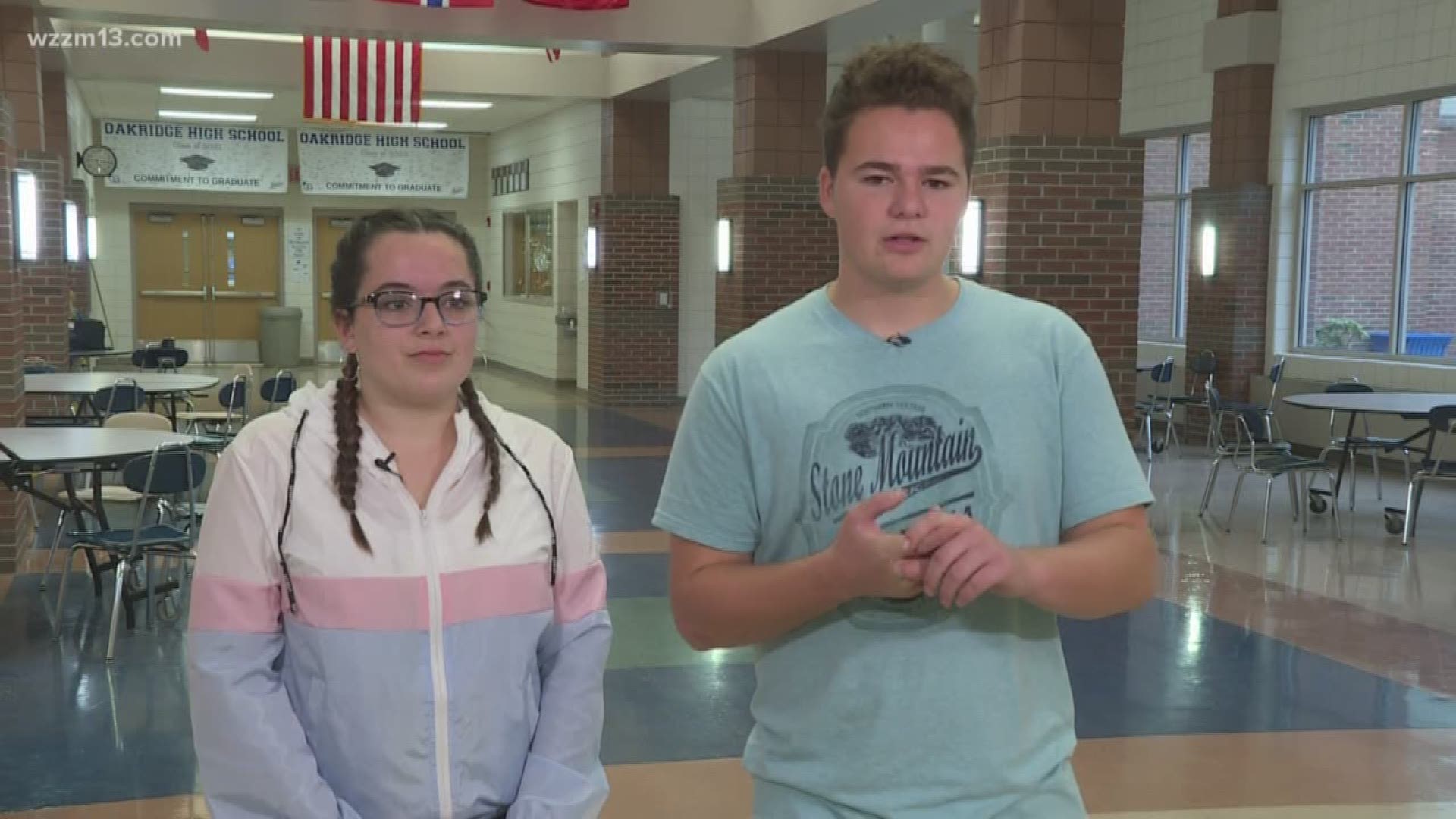 One of the things you notice about the students at Oakridge is that they love to have each other's backs. Just like many students around the country, they're hoping to end bully and suicide and they're showing genuine concern for the mental health of their peers. 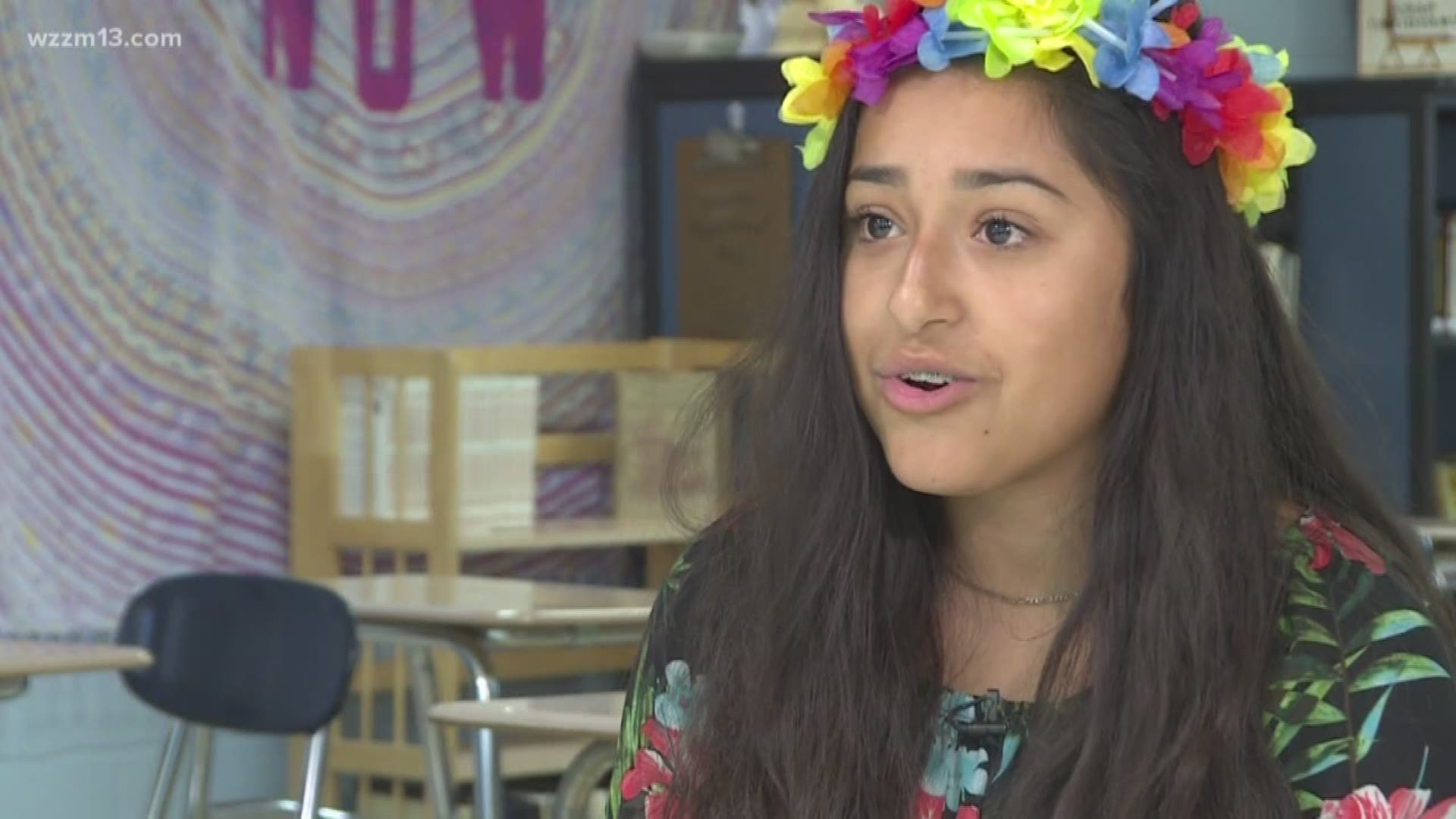 We met Oakridge teacher Mrs. Wolcott for our teacher interview. She's a real Jill of all trades, teaching not only English but drama as well. 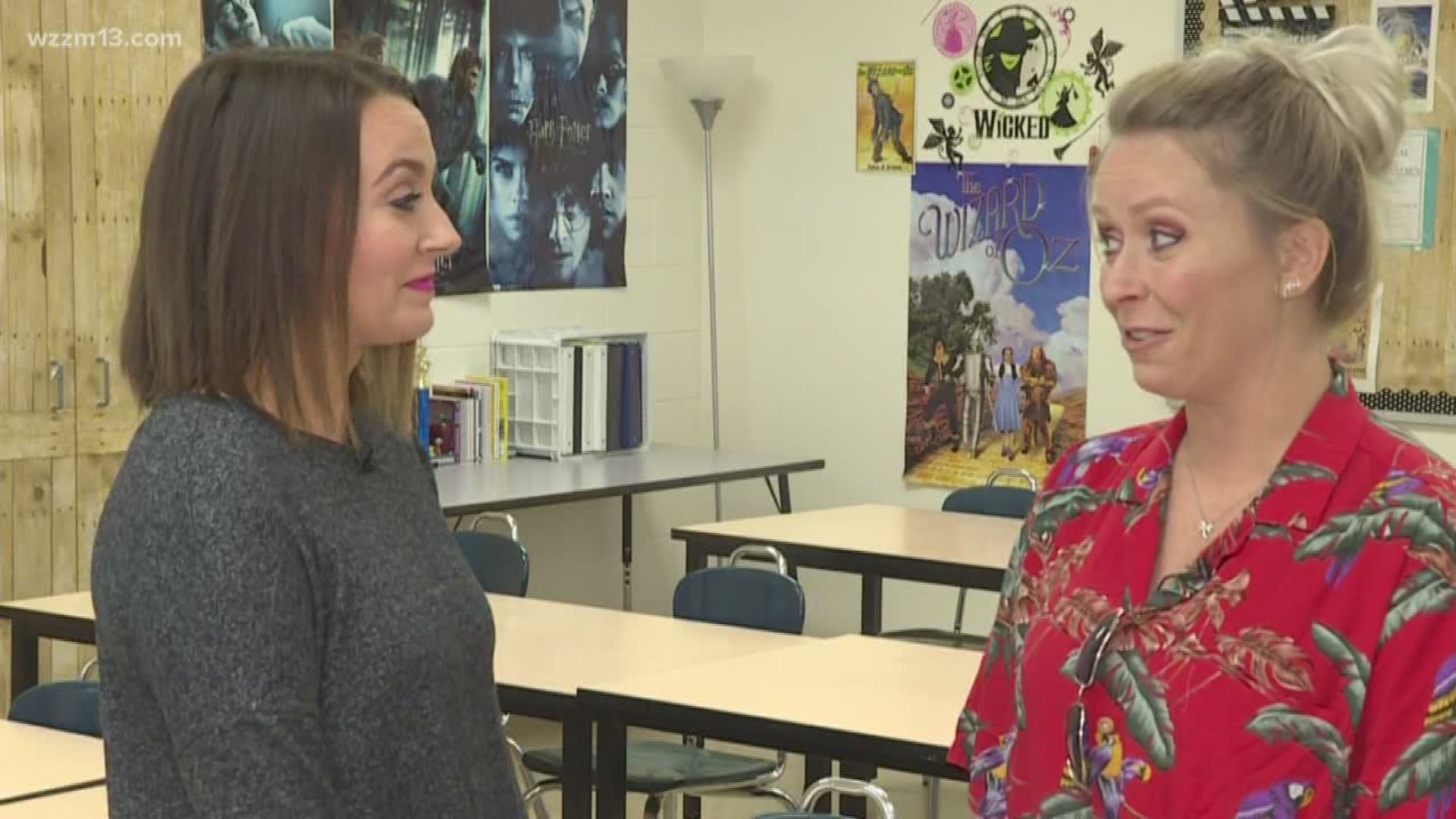 We crashed a number of classes at Oakridge including the drama class, with a special guest: Dan Harland, who's enjoying his first on-the-scene Sunrise Sidelines. 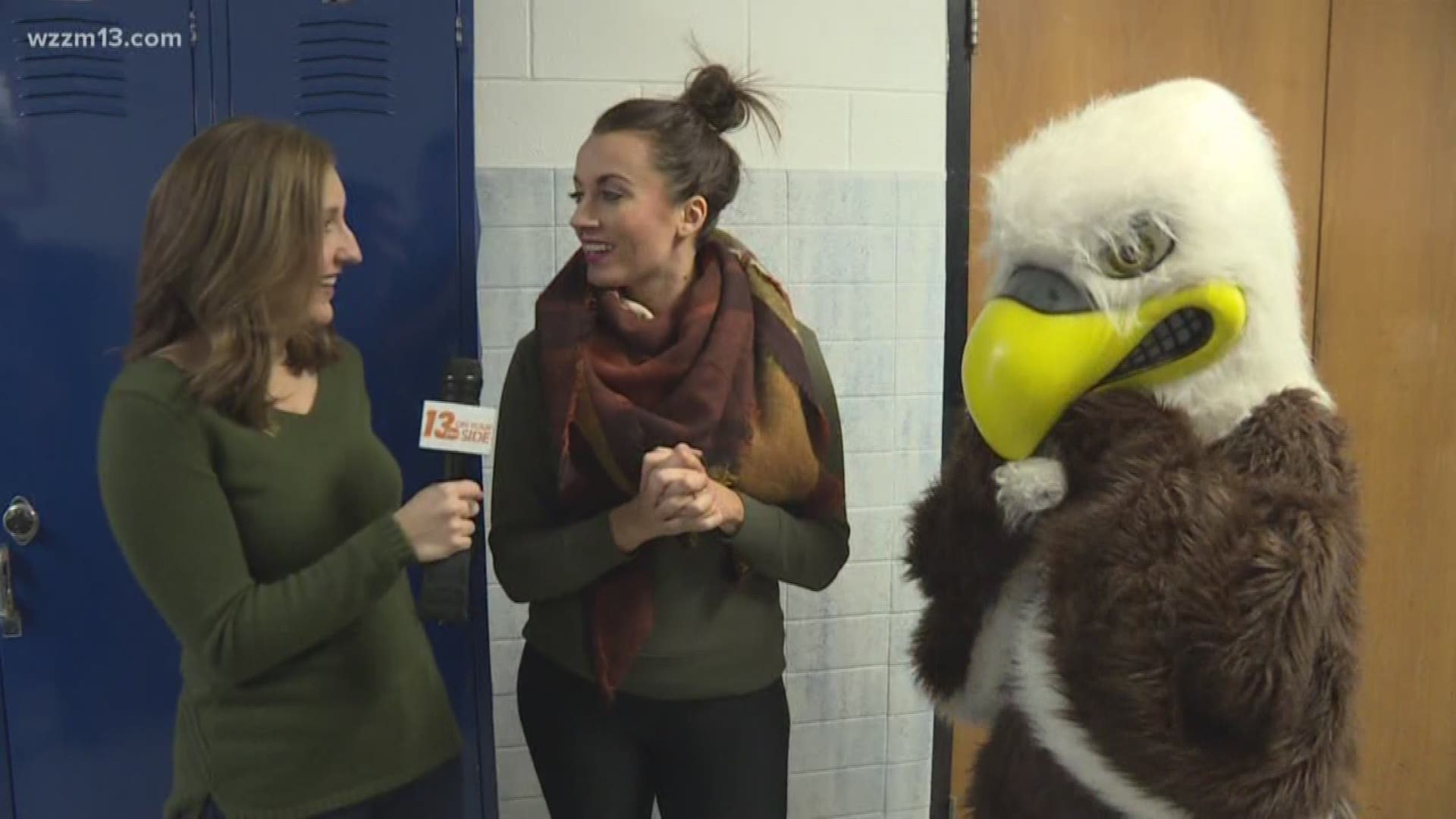 Speaking of Dan, did you know he plays a pretty mean sax? Well—he used to—20 years ago. As we began the pep rally portion of Sunrise Sidelines, Dan geared up to play the fight song with the band. 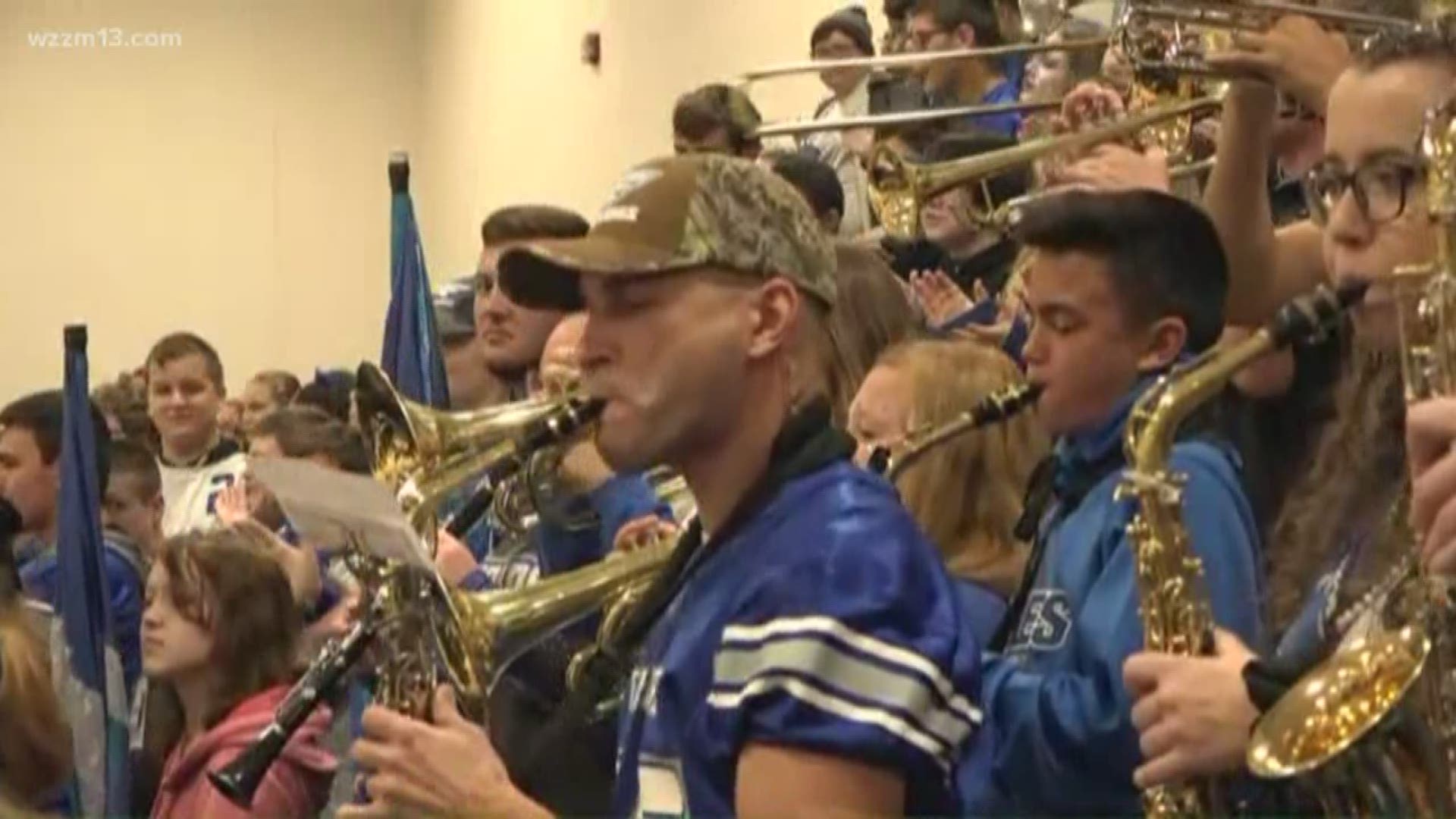 This will be the 14th straight year Oakridge has been in the playoffs for football and the players tell us one of the best things about playing for the Eagles is the sense of family. The choir also serenaded us with a rendition of the Star Spangled Banner. 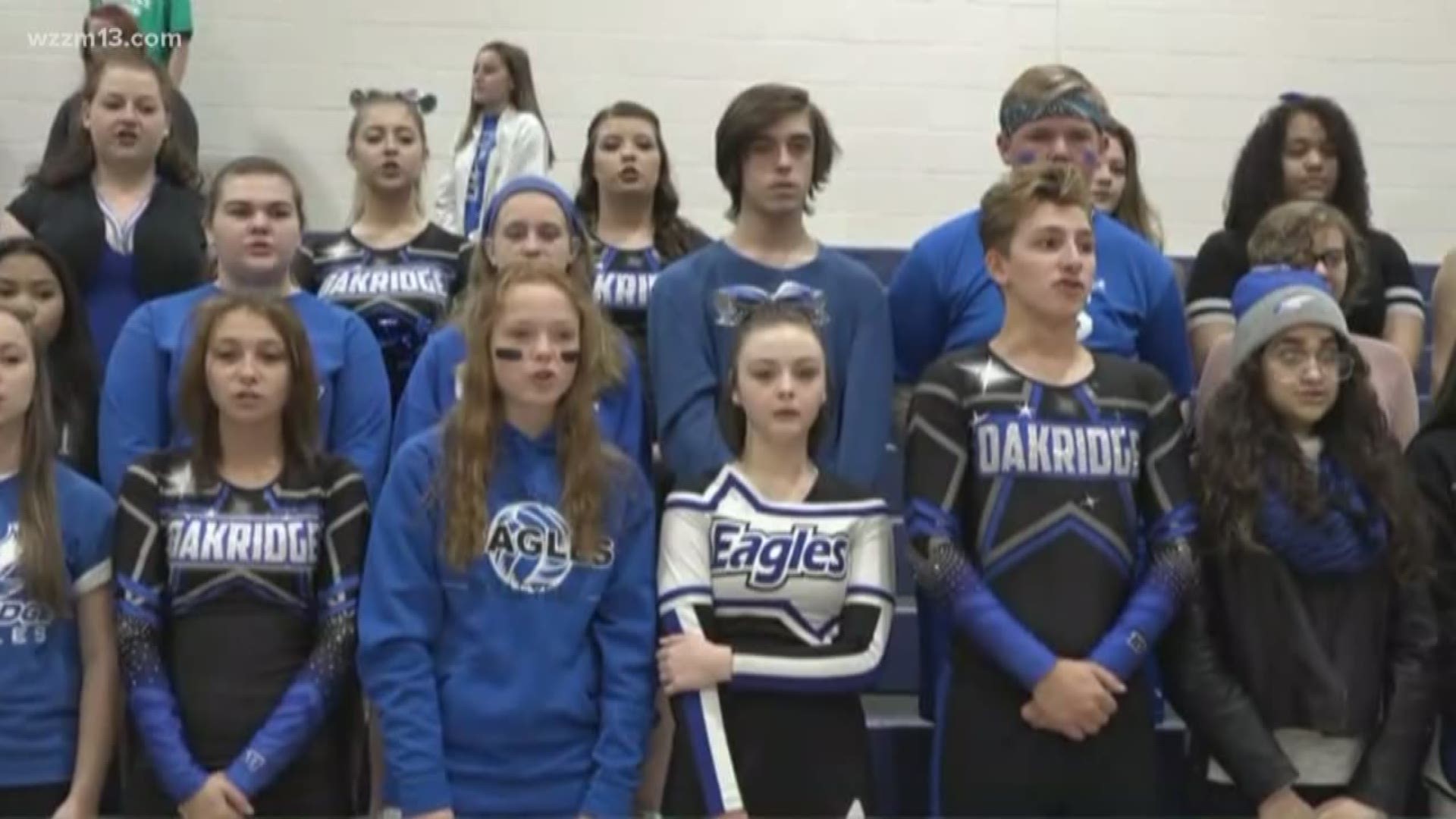 The boys soccer team is playing for a district championship on Saturday, in one of the best seasons the Eagles have ever had. They're playing their neighborhood rivals, the Orchard View Cardinals. 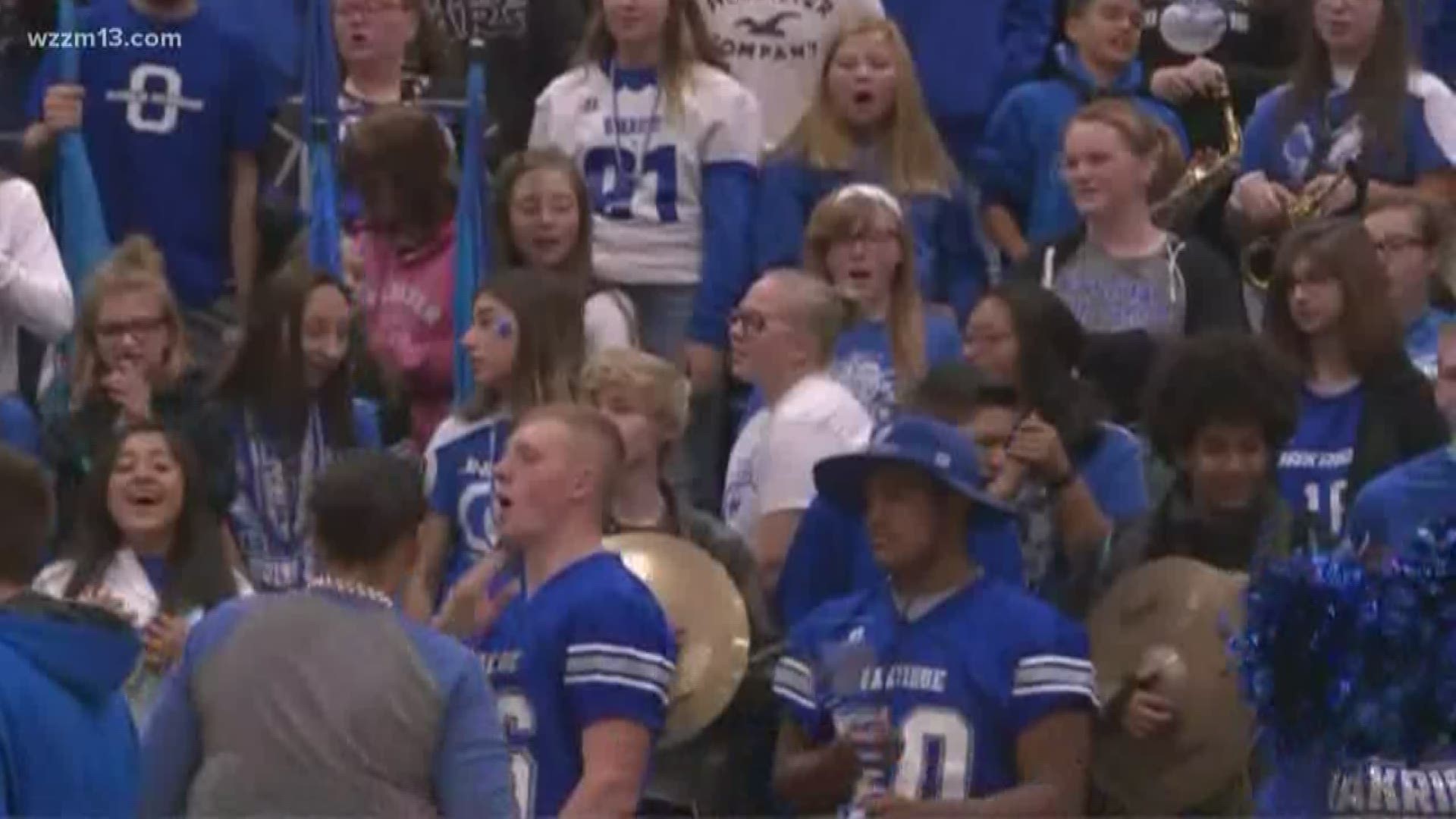 The messy game went a little off the rails this time. Apparently any time you get a fourth person involved, chaos ensued. 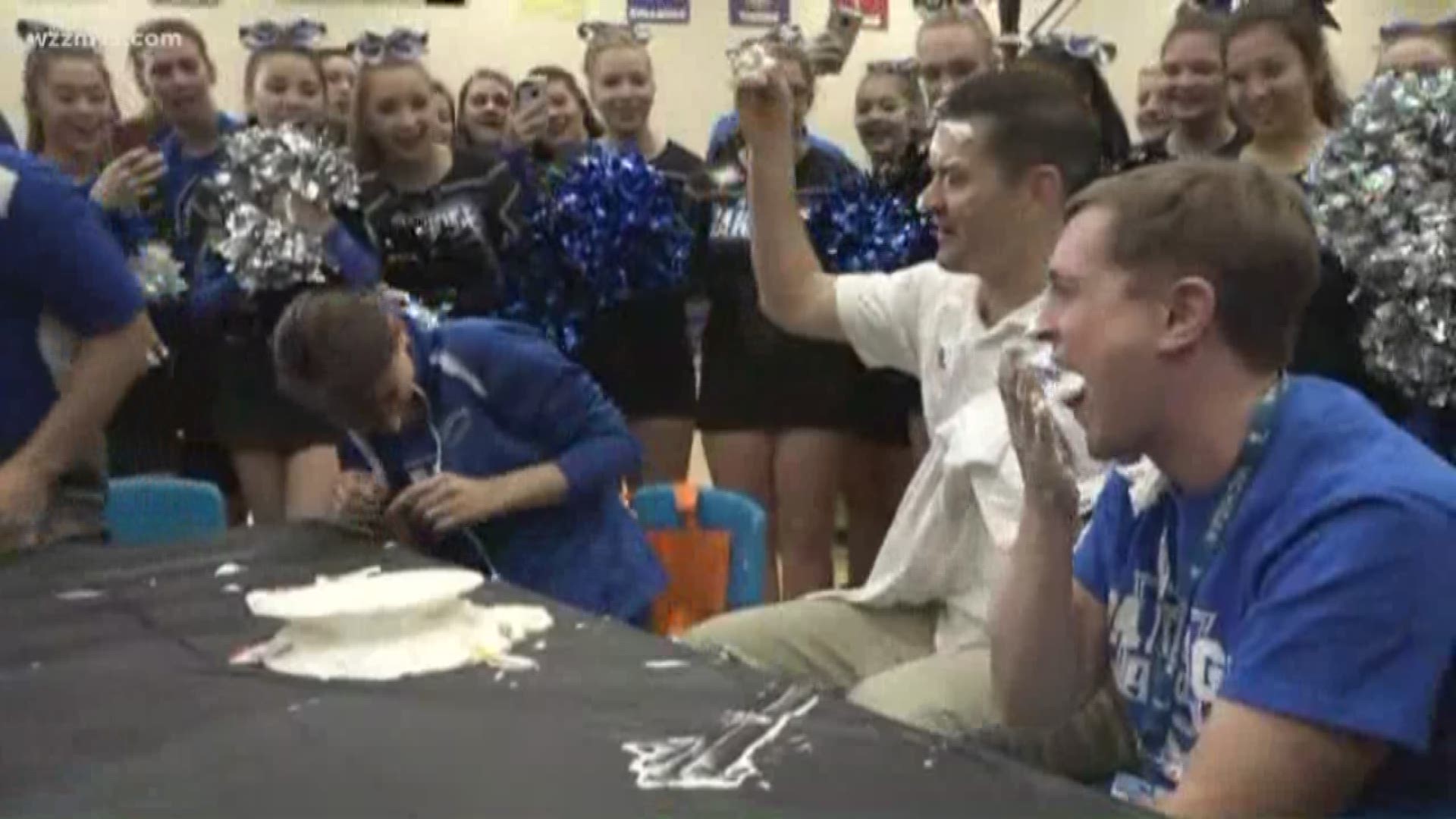 We wrapped up the pep rally with a silly string salute as we tossed it to Good Morning America. 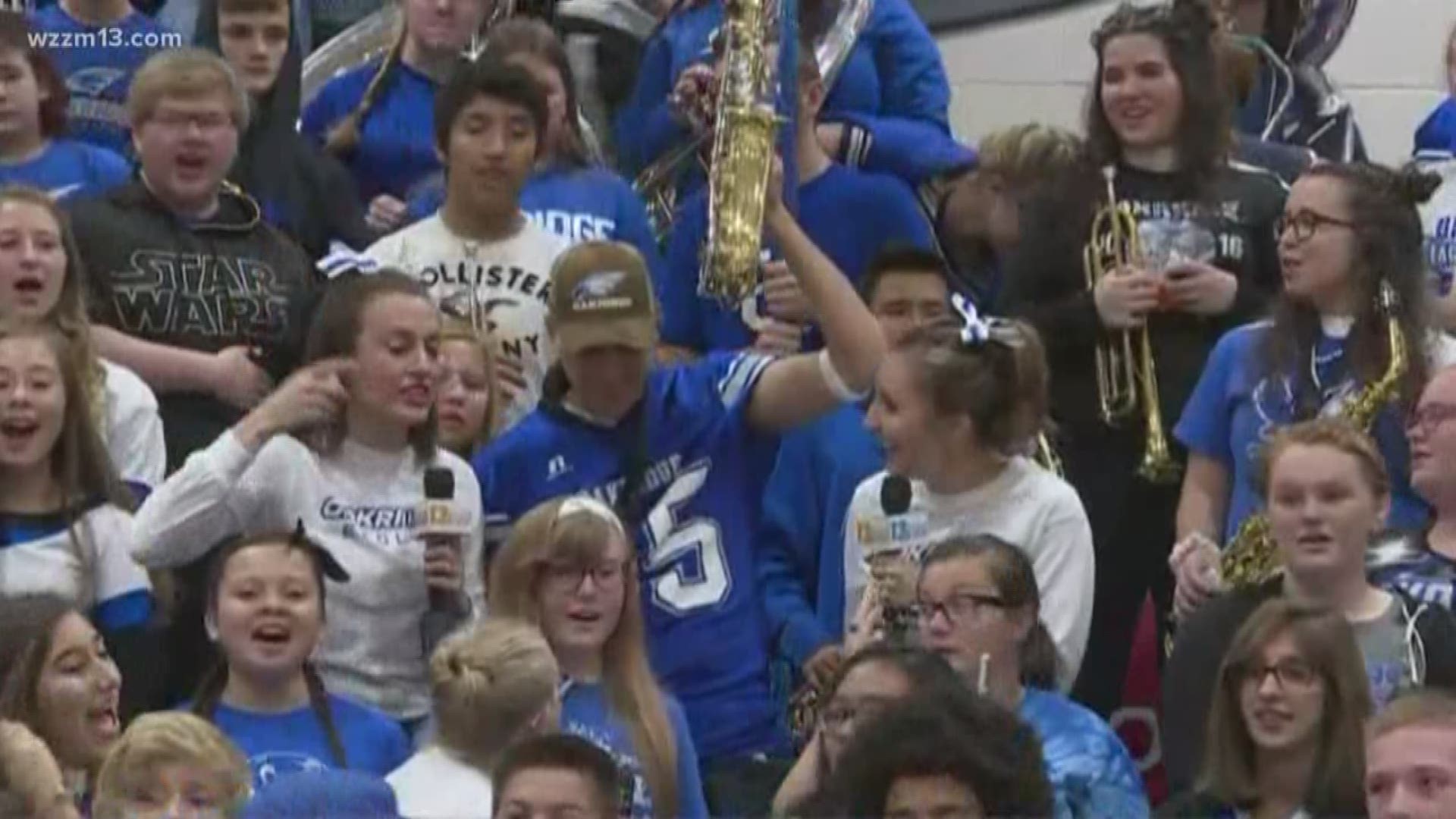 Thank you, Oakridge Eagles. We loved getting to know you and are very proud of all you're accomplishing.

Also, thanks to all our Sunrise Sidelines schools who have hung out with us throughout the year. We really enjoy you all! 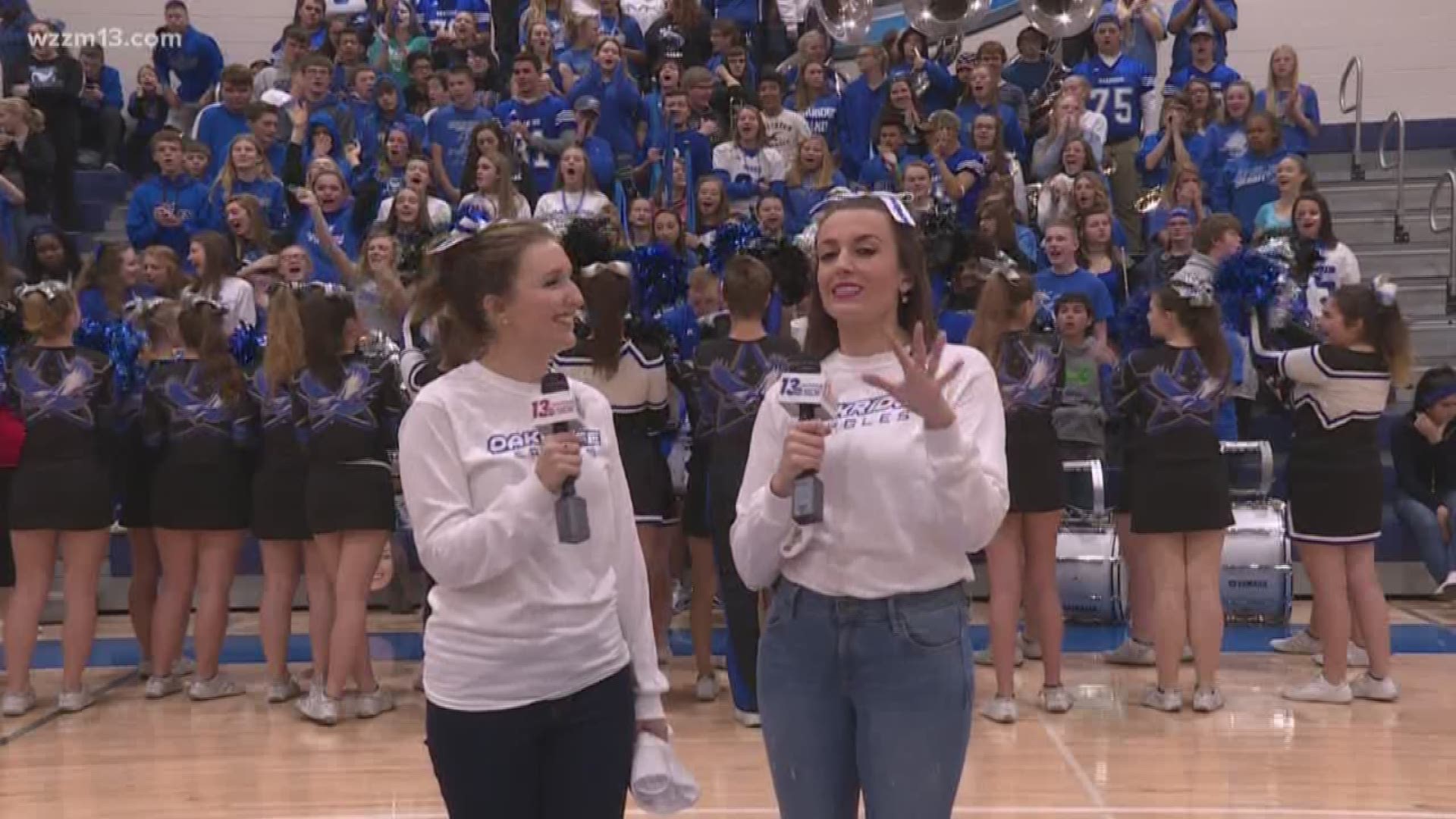