Justice for Black Lives lead a march past GRPD headquarters. Police say two arrests were unrelated to the protest. 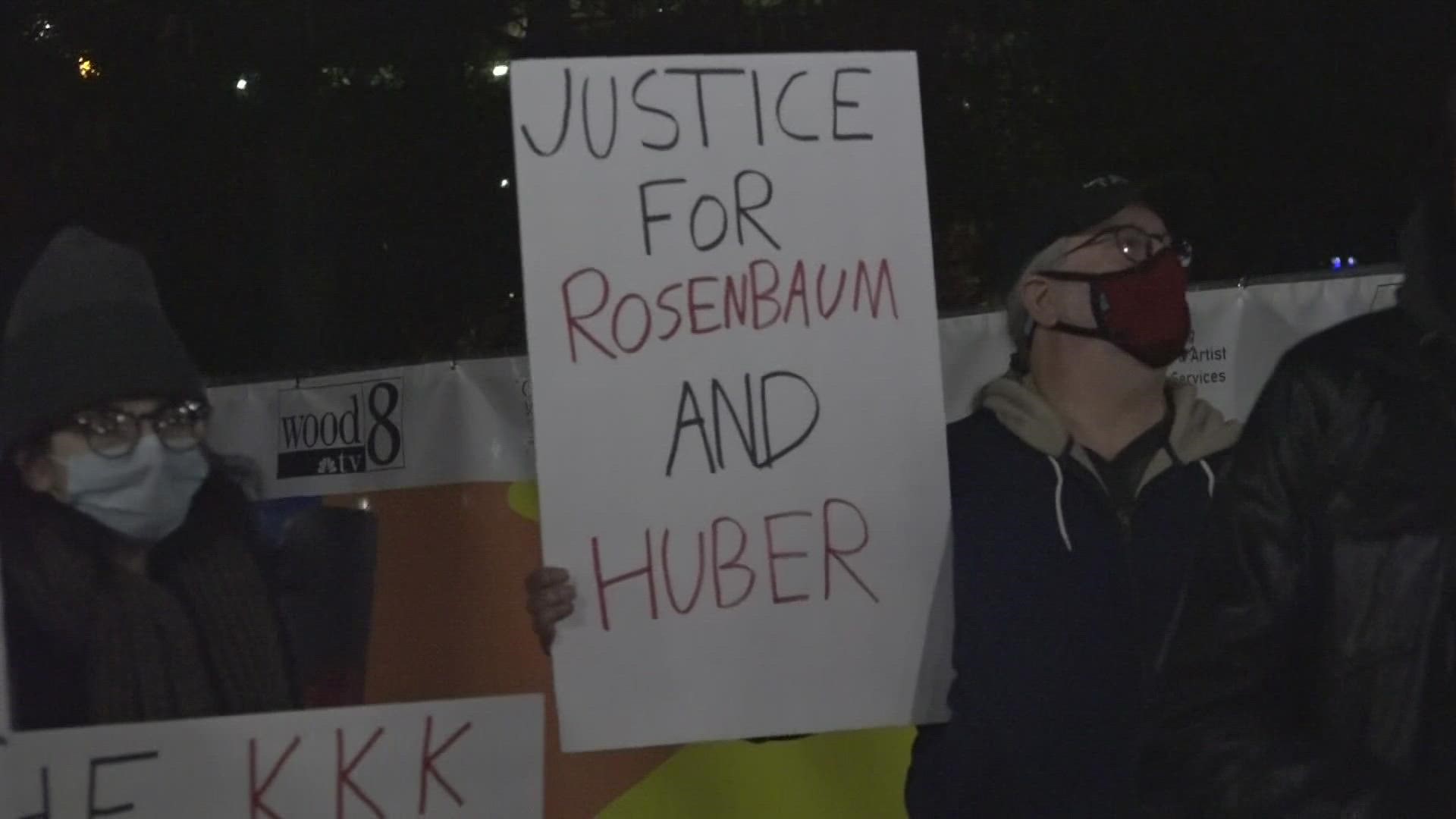 GRAND RAPIDS, Mich. — Saturday night, protesters — lead by the group Justice For Black Lives — took to downtown Grand Rapids to express their disapproval for the verdict of Kyle Rittenhouse.

Rittenhouse was acquitted on all five counts after pleading self-defense in last year's deadly Kenosha shootings.

RELATED: Jury finds Kyle Rittenhouse not guilty on all charges

"Seemed obvious to me that the verdict should be guilty," said Jane Whittington, who was protesting to represent Moms Demand Action. "When it was not guilty I was just very surprised."

The protests began on the section of Monroe Avenue the city of Grand Rapids has named "Breonna Taylor Way" around 6 p.m. Saturday. Dozens held signs, spoke and marched a loop of downtown past the Grand Rapids Police Department.

Two people were arrested Saturday night. According to GRPD the arrests were for outstanding arrest warrants, not related to the protests.

Perdue is a member of Justice for Black Lives. According to a petition from the group, "at least five peaceful protesters are facing various felony and misdemeanor charges," and they want the city of Grand Rapids to drop all of those charges. The petition has over 1,000 signatures.

Around 50 people gathered tonight in Grand Rapids to peacefully protest the verdict of the Kyle Rittenhouse trial. Learn more about the protest on 13 ON YOUR SIDE at 11 p.m.