The Golden State Warriors star played in custom shoes with 'say her name' and #blacklivesmatter printed on at the American Century Championship. 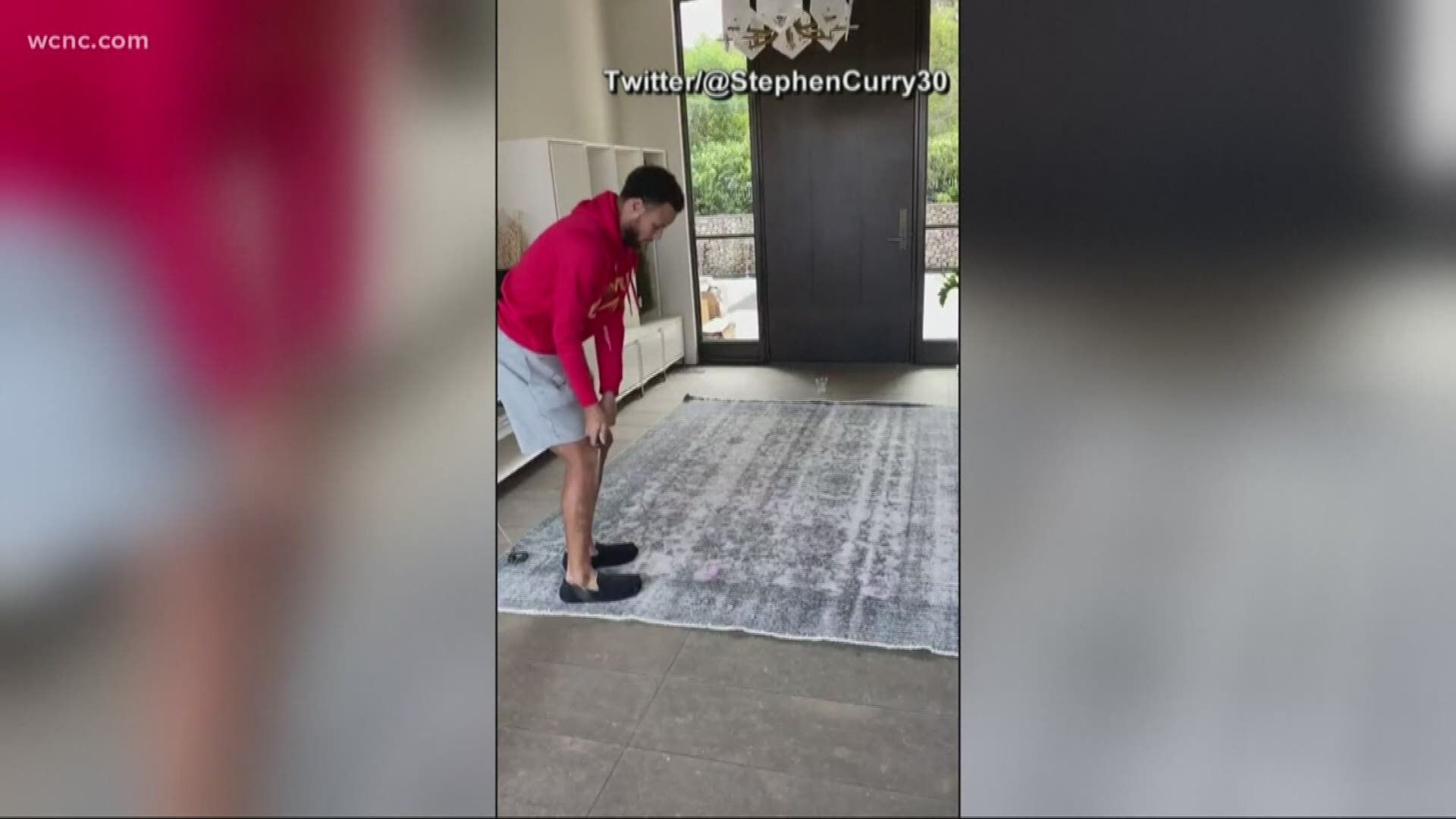 The Golden State Warriors guard sported a pair of black and gray, white-soled shoes with an image of Taylor and the words "say her name." They also had a printed pattern of her name and #blacklivesmatter. He's playing this weekend in the American Century Championship.

Taylor was shot and killed by police officers in Louisville, Kentucky, serving a search warrant on her home in March. Her death, along with George Floyd's and other Black people, has been the subject of protests nationwide against police brutality and racial injustice.

Curry's father, former basketball pro Dell Curry, also had hashtag 'Black lives matter' on his golf shoes, along with an image of a voting sticker like those commonly handed out at election polling places.

🗣 #SayHerName @StephenCurry30 is honoring Breonna Taylor and #BlackLivesMatter with custom shoes at the @ACChampionship ✊ pic.twitter.com/PgamUeTPFs

Curry and other players around the league have marched, led and spoke at peaceful protests. He participated in one in Northern California.

RELATED: Breonna Taylor's autopsy report now in the hands of family's lawyers, protective order to speed up release of records

The Currys were grouped with Green Bay Packers quarterback Aaron Rodgers during round 1 of golf Friday. Organizers were still able to put on the tournament without fans amid the coronavirus pandemic.

Steph and the Warriors aren't invited to the NBA's bubble to restart the season at the Walt Disney World complex in Florida.