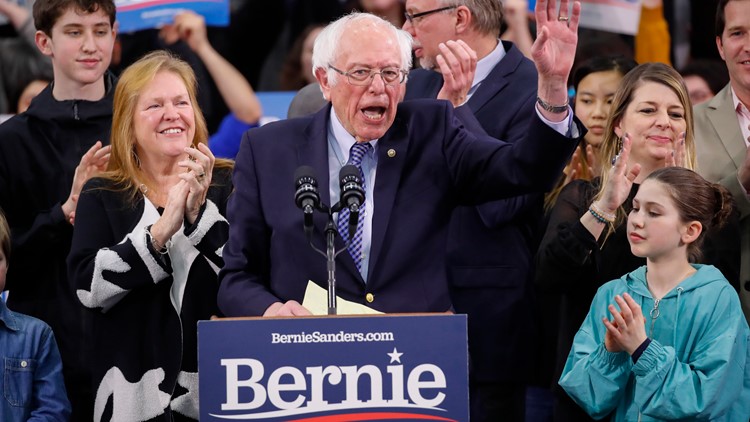 In his Tuesday night win, the 78-year-old self-described democratic socialist beat back a strong challenge from the 38-year-old former South Bend, Indiana, mayor.

Sanders and Buttigieg represent different generations and wings of their party. Sanders declared his victory in New Hampshire “is the beginning of the end" for President Donald Trump.

Amy Klobuchar finished a strong third, giving her campaign an unexpected boost. Elizabeth Warren and Joe Biden finished way behind. Andrew Yang and Michael Bennet dropped out of the 2020 race.

More elections stories on 13 ON YOUR SIDE: