As we sit now, Shri Thanedar is "the best-known name in the Democratic field, raising his name recognition to 45 percent among all voters." 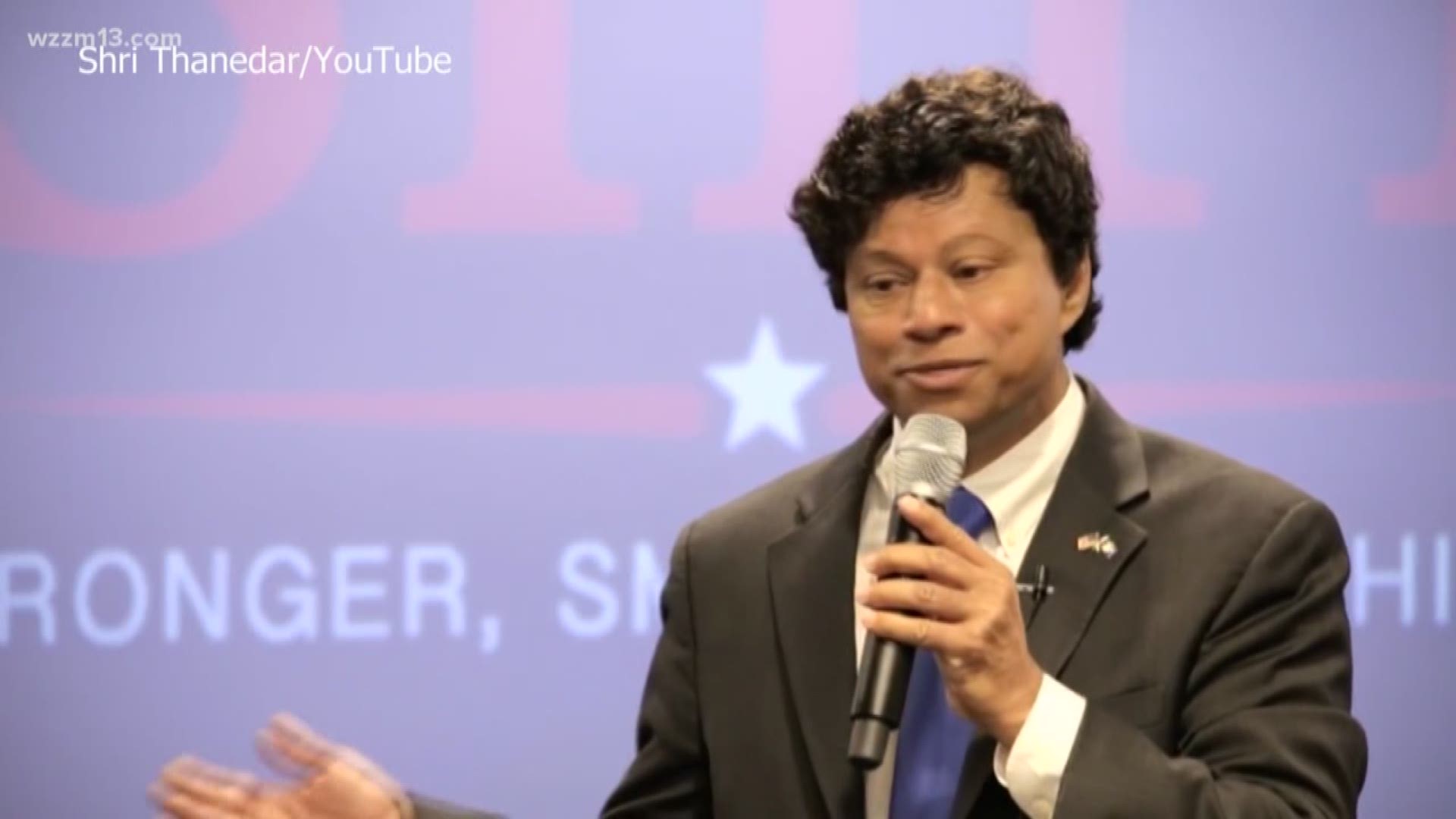 LANSING — Many in politics have wondered for months whether Democratic candidate for governor Shri Thanedar's spending of millions of dollars on television advertisements was making a dent in the primary election.

The answer is yes, at least for the moment.

A poll done by Marketing Resource Group (MRG) shows Thanedar with a 3-percentage point lead over primary favorite Gretchen Whitmer. Thanedar got 21 percent while Whitmer has 18 percent. In September, Thanedar sat at 3 percent and most people didn't have a clue who he was. As we sit now in the race, MRG reports its polling shows Thanedar is "the best-known name in the Democratic field, raising his name recognition to 45 percent among all voters."

“On the Democrat side, while Whitmer has been lining up endorsements, Shri Thanedar has been winning support among Democratic voters," President of MRG Tom Shields said. "His campaign ads are working, and Whitmer could be in for a fight.”

The MRG polling shows Whitmer has a lack of popularity in the city of Detroit where she is running third behind Thanedar and another democrat in the race Abdul Al-Sayed.

Thanedar grew up in India and immigrated to the United States to go to school here. He's worked at the University of Michigan and developed several successful businesses over the years. He sells himself as somebody who achieved the "American dream" and wants to give back.

He talks in his political ads about eliminating charter schools, standing up to big banks and big drug companies and portrays himself as a scientist and "the most progressive Democrat out there."

Whitmer has been the perceived favorite in the Democratic primary and the experts are interested to see if the lead flips once she begins to spend, in earnest, the $3 million she raised in 2017.

MRG also surveyed the Republican side and found Attorney General Bill Schuette continuing to lead by double digits. Lieutenant Governor Brian Calley started advertising within the last week to try to cut into a lead Schuette's had for months. The poll found Schuette holds a 16-point lead over Calley and it showed Schuette is strong in every area of the state.

There's still months to go and many voters, MRG found, are still undecided. Of those polled, 54 percent of GOP voters and 48 percent of Democrat voters don't know who they want to support.