'Are you freaking kidding me?' Shop owner shocked by ties to Whitmer kidnapping plot

A man who lived at the vacuum shop owned by Briant Titus is accused of masterminding a plot to kidnap Michigan's governor and put her on "trial." 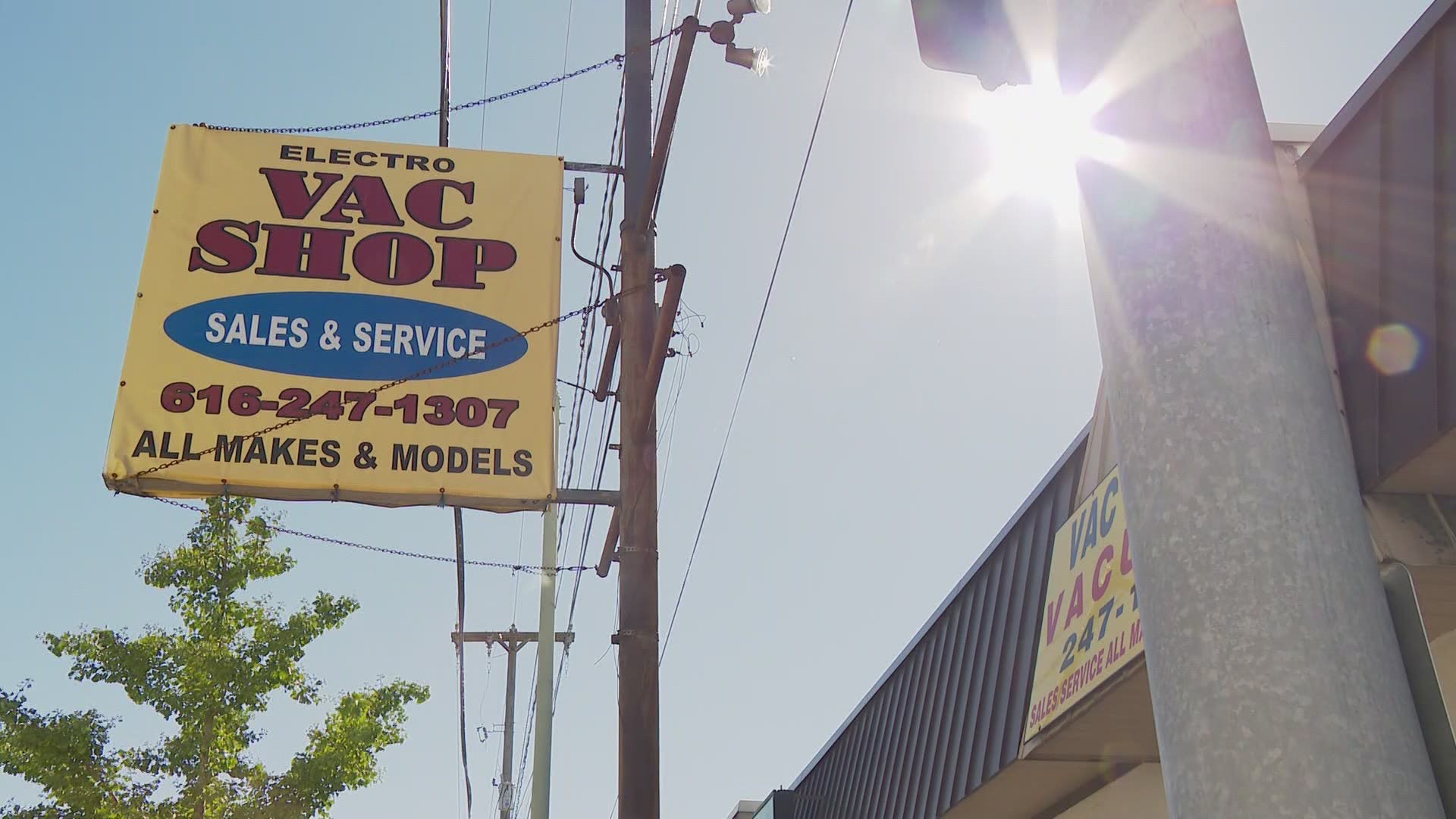 GRAND RAPIDS, Michigan — A man whose vacuum shop has been linked to a plot to kidnap Michigan Gov. Gretchen Whitmer and have her stand "trial" says he had no idea what happened at his shop after hours.

Briant Titus owns the shop on South Division Avenue, but says he was unaware it was at the epicenter of an alleged terrorist plot that involved abduction, bombing and death.

Adam Fox, 37, is accused of plotting to kidnap Whitmer before the Nov. 3 general election. He was living in the basement of Vac Shack, a shop on South Division at 36th Street which Titus has owned for a decade.

RELATED: Plot to kidnap Gov. Whitmer, have her stand trial for treason, revealed

Titus said he's known Fox since he was a kid.

"He had nowhere to go; we took him up," said Titus, a Potterville native. "I tried over the years to have him working for me. I was kind of like a father figure for him."

Credit: 13 ON YOUR SIDE
Staircase to the basement at Vac Shack

Titus said when Fox ended up without a place to stay, he allowed him to live in the basement of the shop.

A criminal complaint unsealed Thursday says that Fox hosted militia members at the shop. In a meeting recorded by an informant, Fox could be heard voicing his plan to kidnap the governor, according to court records.

"Had no clue what he was doing," Titus said. "Once you cross that line there is no looking back."

Fox was arrested Wednesday and held briefly in the Kent County Jail before being turned over to federal authorities. Titus said he received a call regarding Fox's bond.

Some customers came in - unaware of the news - and picked up or dropped off their vacuums. Others came in solely to express their support for Titus.

"I care about the customers; this is my livelihood," Titus said. "I got some nasty calls today, and I try to explain."

Fox become increasingly angry in recent months over having to wear a mask and a fear that Democrats were going to take his guns away, Titus said.

Titus said he knew Fox had been starting a militia of his own, which is also referenced in the criminal complaint.

Fox is accused of recruiting men to take part in the operation. On several occasions, investigators say Fox said he wanted to kidnap Gov. Gretchen Whitmer prior to the Nov. 3 election.

He also allegedly conducted surveillance on the governor's vacation home and described the kidnapping as a, "Snatch and grab, man. Grab the f**ckin' Governor. Just grab the b**tch. Because at that point, we do that, dude -- it's over."

"Kidnap the governor? Are you freaking me? Who does that? Now I gotta deal with the fallout cause I cared about a guy," Titus said. "I'm just mad right now.

"I just cared about the kid, kept giving him chances," Titus said. 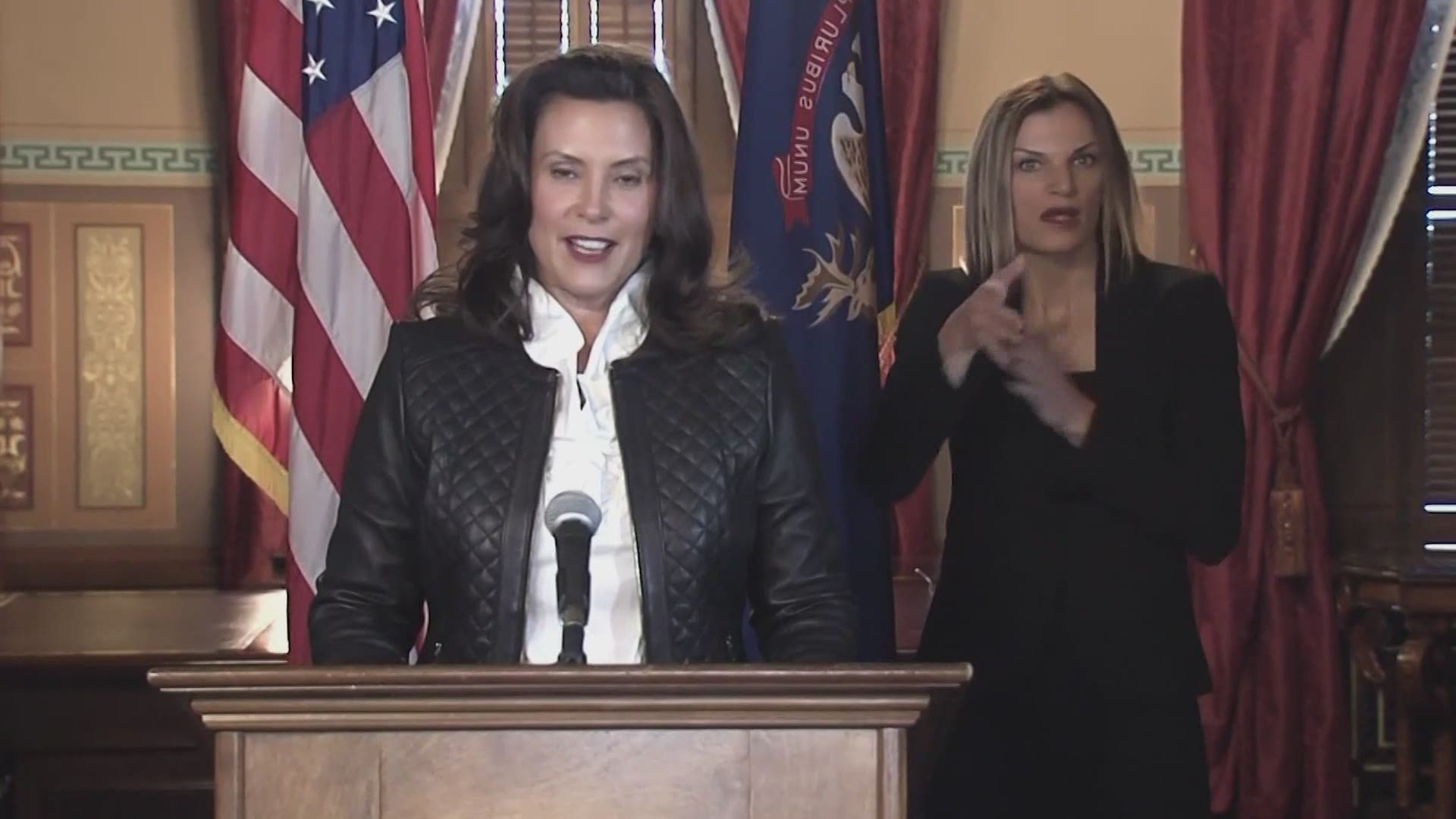