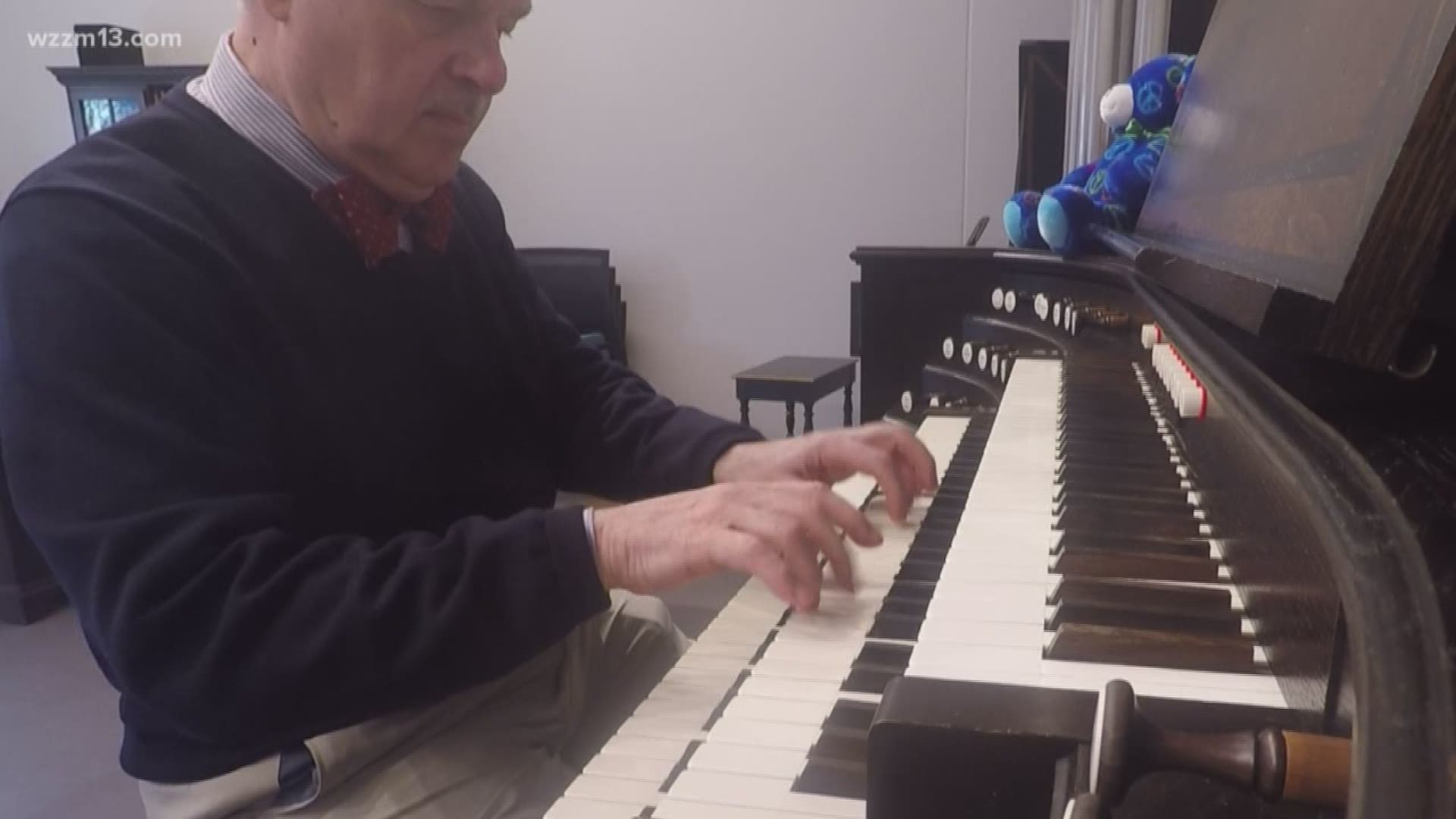 HOLLAND, Mich. — Although donors have pledged at least $300 million for the reconstruction of the fire-damaged Notre Dame Cathedral, the legendary music played over the last eight centuries will be lost, said Hugh Lewis, a music professor at Hope College.

"The stones that they'll put in place will not have heard Léonin and Pérotin," Lewis said. "The stones have heard all that music...there's something special about that, and that's lost forever."

The organist and professor has lead several trips to Paris for his students to meet Olivier Latry, the organist of Notre Dame.

"We spent the whole night playing the organ at Notre Dame after the Sunday evening mass, I think from about 8 o'clock to 12 o'clock...Olivier, the students, and I," Lewis said.

The grand organ at Notre Dame is played at recitals every Sunday. The 18th-century instrument, made up of more than 8,000 pipes, survived the fire.

Lewis planned on taking more students to the cathedral in the future.

"It's probably going to be at least five, possibly 10 years before the organ will be available for recitals again," Lewis said. "I'm not sure how my fingers and feet will be working in 10 years time, so I might have missed a great opportunity there."

Lewis is not the only Ottawa County educator that led trips to the Parisian landmark. Kelley DeGraaf, a teacher at Hudsonville High School, took students to France for years.

Several students sent messages after the fire talking about how much the trip to Notre Dame meant to them, DeGraaf said.

"It didn't matter the kid's religious backgrounds," she said. "It was just an iconic site and the architecture was so beautiful and the treasures inside were so beautiful."

The skeletal system of Gothic architecture will make it more possible to save the cathedral, said Anne Heath, an associate art history professor at Hope College.

"It was not in a pristine state, in a sense, before the fire broke out," Heath said. "That's what makes these buildings so interesting and so personal. They're always being used. They're always adapting to the contemporary culture that's using them."

This is not the end, but another chapter in Notre Dame's history, she said.