President Donald Trump will be at the Van Andel Arena Thursday, March 28. 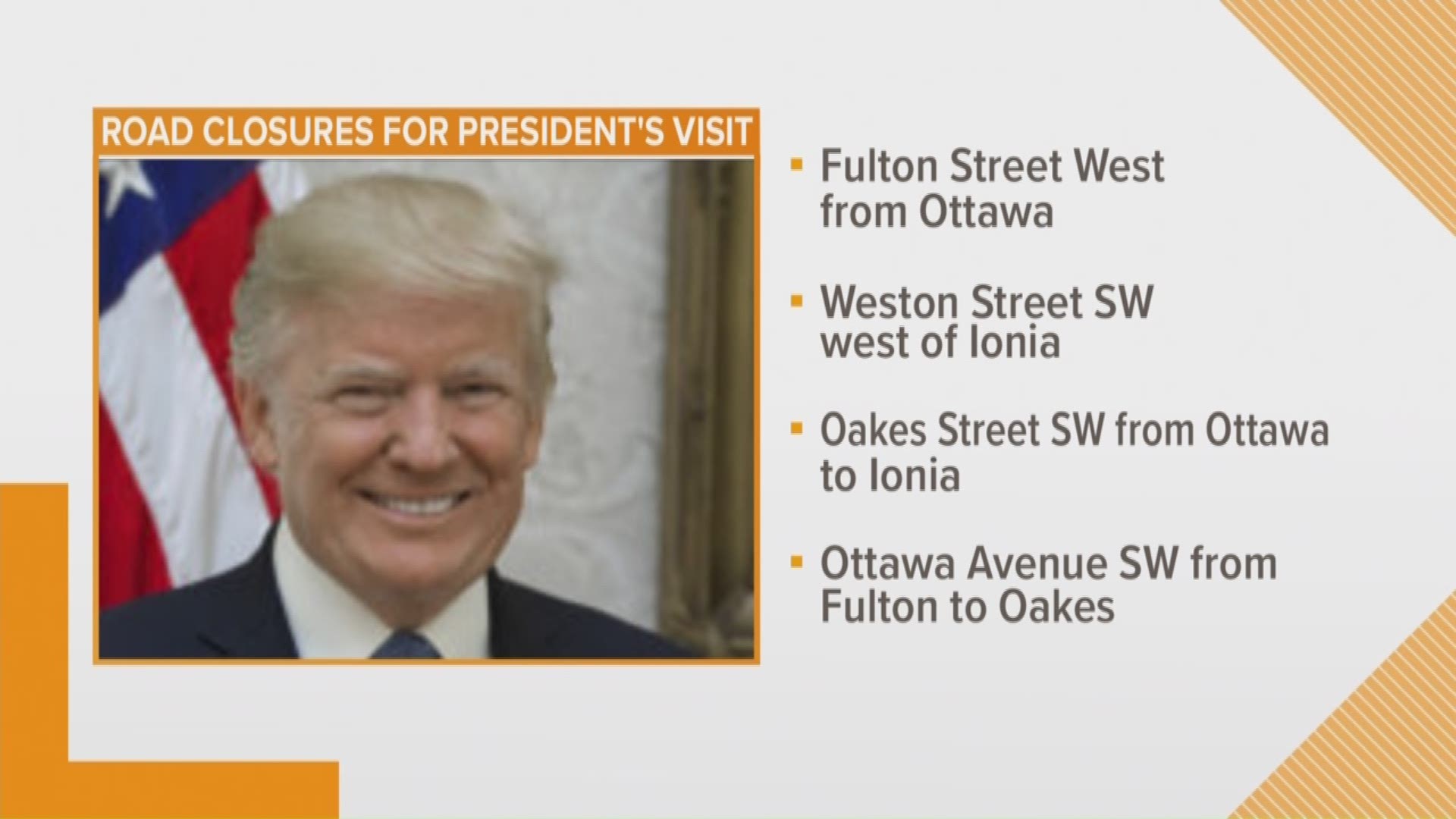 With the president in downtown Grand Rapids at the Van Andel Arena, there is a myriad of street and parking lot closures that will impact travelers in the area.

The City of Grand Rapids laid out the closures on Tuesday, to prepare for Thursday's free event -- which is expected to draw out between 10,000 and 12,000 attendees.

The immediate streets around Van Andel Arena, 130 Fulton St. W., will be closed starting at 2:30 p.m. Thursday. The street closures are expected to last until about 8:30 p.m. They are:

The Area 2 lot on Oakes Street SW and Area 3 lot on Ionia Avenue SW will be closed to all users starting at midnight Wednesday through midnight Thursday. All access cardholders for these lots will have access to the Louis Campau ramp on Monroe Avenue NW and McConnell Ionia lot on McConnell Street SW during that time.

Metered parking will not be allowed in the following areas:

Police officers from Grand Rapids and Wyoming, Kent County Sheriff's deputies and Michigan State troopers will be on hand to direct traffic, but with the road closures, additional motorists and pedestrians -- downtown travelers can expect heavy traffic and delays.

Trump's campaign rally will be at 7 p.m. on March 28 -- doors will open at 4 p.m.. It is free to attend, but attendees are asked to register here.