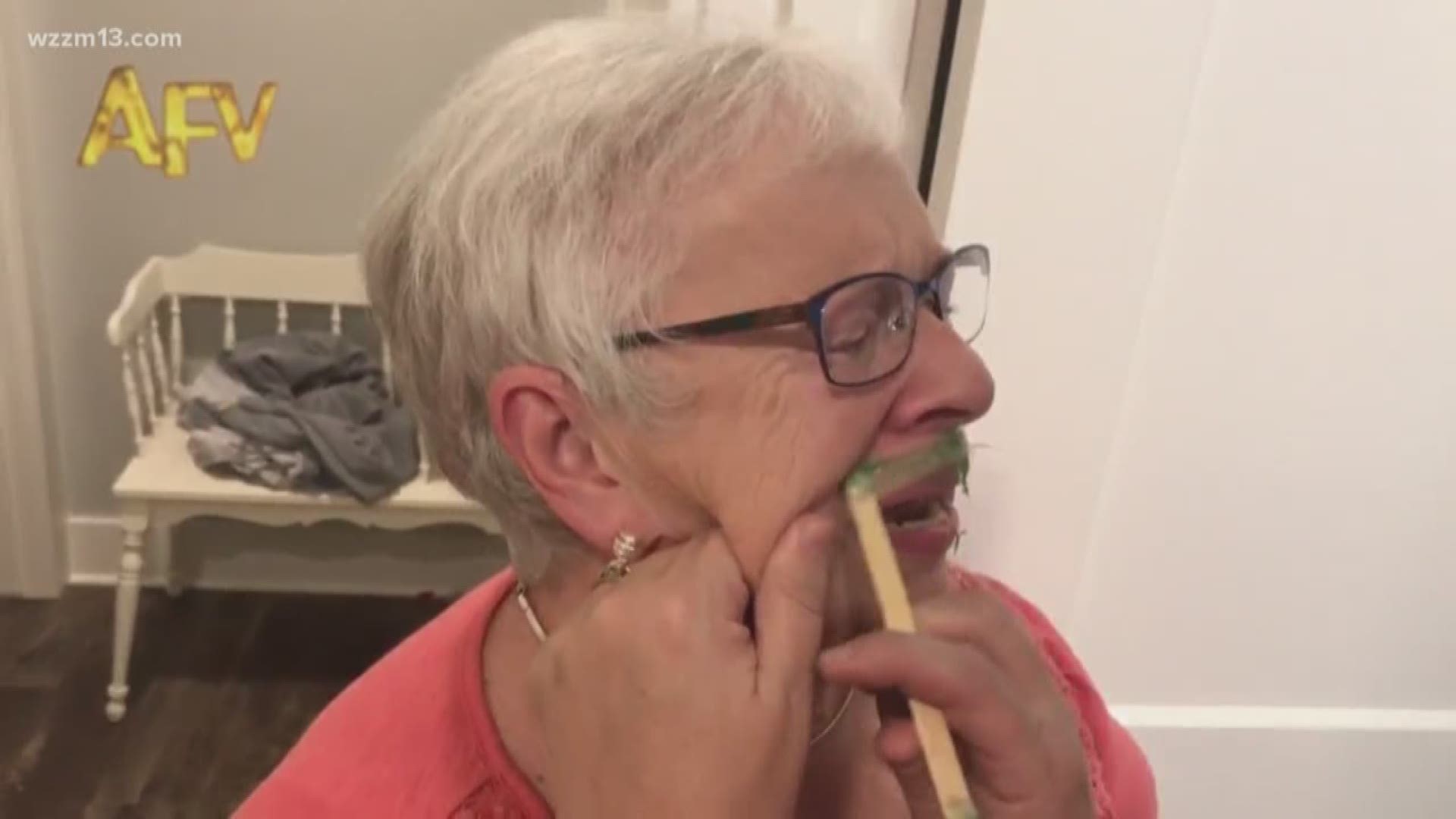 GRANDVILLE, Mich. — For many people, at-home waxing is a private event, but for Shelley Chambers, it makes national television. Shelley was with her family, celebrating her grandson’s 12th birthday party, when the night took a turn.

Her daughter Kelly Nichols brought out her new waxing pot, and says the family took turns waxing each other.

However, Shelley is singing a different tune, “She grabbed my arm, dragged me in there, and all of a sudden I had hot wax on me. I didn’t have a choice!”

Shelley’s son, Steve Chambers, caught the video on his cellphone, and his daughter Riley convinced him to send it as an application to America’s Funniest Home Videos (AFV).

“It was early November, November 11 when I sent it in, submitted it online and within five days I got a phone call from them saying, it’s going to be on an episode,” Steve said.

He got a phone call a couple weeks later, congratulating him as a finalist on the show. The perks included a free trip to California to tape the show and a guaranteed cash prize of $2,000, $3,000 or $10,000.

The family took off work and school. Steve’s daughter Riley Chambers even had to rearrange her exam schedule.

“She was a trooper. The Grandville High School teachers were phenomenal. They let her take all of her exams early,” Steve said.

The family all said the treated the west-side trip as a vacation. AFV provided a hotel, baggage fees and food allowance. They also treated the adults and children to hair and makeup.

“It was fun watching the grandkids get makeup and everything. That was kind of a riot,” said Shelley.

Along with hair and makeup came wardrobe. The family says they were given strict instruction over what they could wear to the show’s taping and had to send AFV photos of their outfits beforehand.

“No small prints, no fine patterns, no floral, things like that,” Steve said.

The family will take home first, second or third place on Sunday, February 17, but they have known the outcome for months.

“We needed to keep it a secret, and our kids have done an amazing job of doing just that. I’ve been really impressed with them,” Steve said.

As for Shelley, the star of the video, she says she’s a little concerned with the goofy nature of the video, but, “it is what it is.”

“My friends all know I’m crazy…[laughing] as we told lots of our people, we might not be friends anymore, but that’s okay!”

The Grandville family will make their on-screen AFV debut on Sunday, Feb. 17 at 7 p.m.