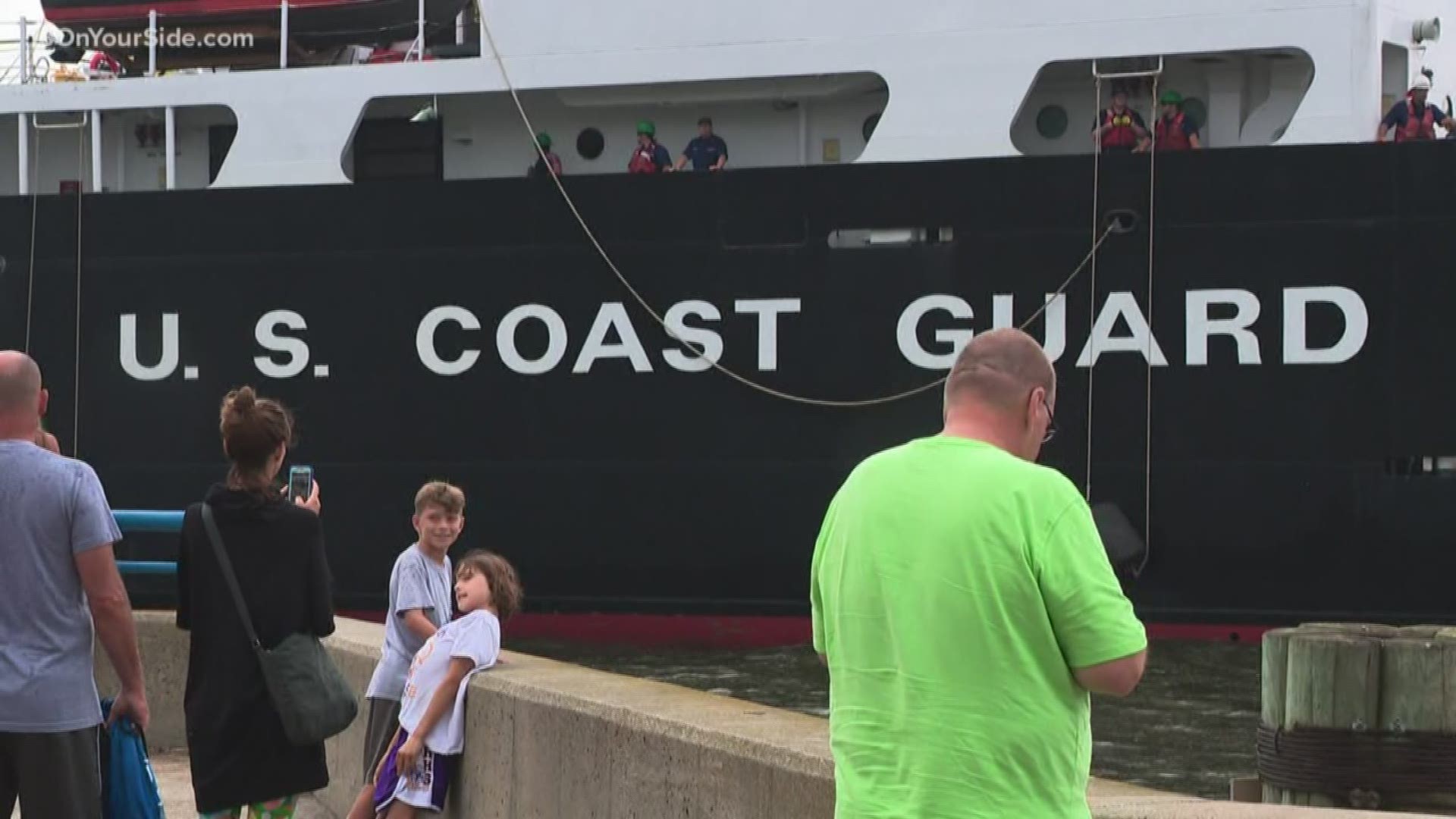 GRAND HAVEN, Michigan — The ships are docked and the Grand Haven Coast Guard Festival has officially kicked into high gear.

As many as 350,000 people are expected to show up over the course of the ten day festival.

Organizers say they’re ready to deliver plenty of fun. However, with an event of this magnitude, that also means making security a top priority.

“This is a city designed for 11,000 people and the streets are absolutely packed,” says Captain Clint Holt with the Grand Haven Department of Public Safety.

Holt says some estimates show the festival could attract up to a quarter of a million people at any given time. Those crowds will be focused in the downtown area, near the beach and state park and all along the waterways.

For a department with only 30 sworn officers, proper planning and partnerships are essential to pulling off a safe event.

GHPD  is relying on help from Michigan State Police, the Ottawa County Sheriff's Department, DNR officers and even the U.S. Coast Guard.

Holt says it's all about boots on the ground and eyes on the crowds.

Anyone visiting the downtown area, the beach or the waterfront, should expect to be surveilled by cameras.

They should also expect to see officers heavily patrolling -  both as a deterrent and for enforcement.

Holt says they want festival-goers to feel safe, but also know police are in place to handle any situation.

"Crowd control and traffic are obviously major issues, as well as just monitoring our population downtown,” he says. “This is a large event. If there is a certain element that wants to create trouble, they are going to create trouble, and we are prepared to deal with that. You anticipate that is going to happen. You plan for it. And, you hope that it doesn't."

Holt says over consumption of alcohol is one of the biggest causes of trouble.

He advises people to remember public drinking is not allowed and of course there is a zero drug policy at the festival. He also suggests people anticipate large crowds.

Also, beginning Tuesday  and through the rest of the festival, guests can get updates and alerts via text message. Organizers and law enforcement will provide information such as event reminders, traffic updates, and of course emergency alerts.