13 ON YOUR SIDE's Meredith TerHaar and her husband Eric Schrotenboer recently authored a children’s book and a family devotional as part of a Christmas activity set. 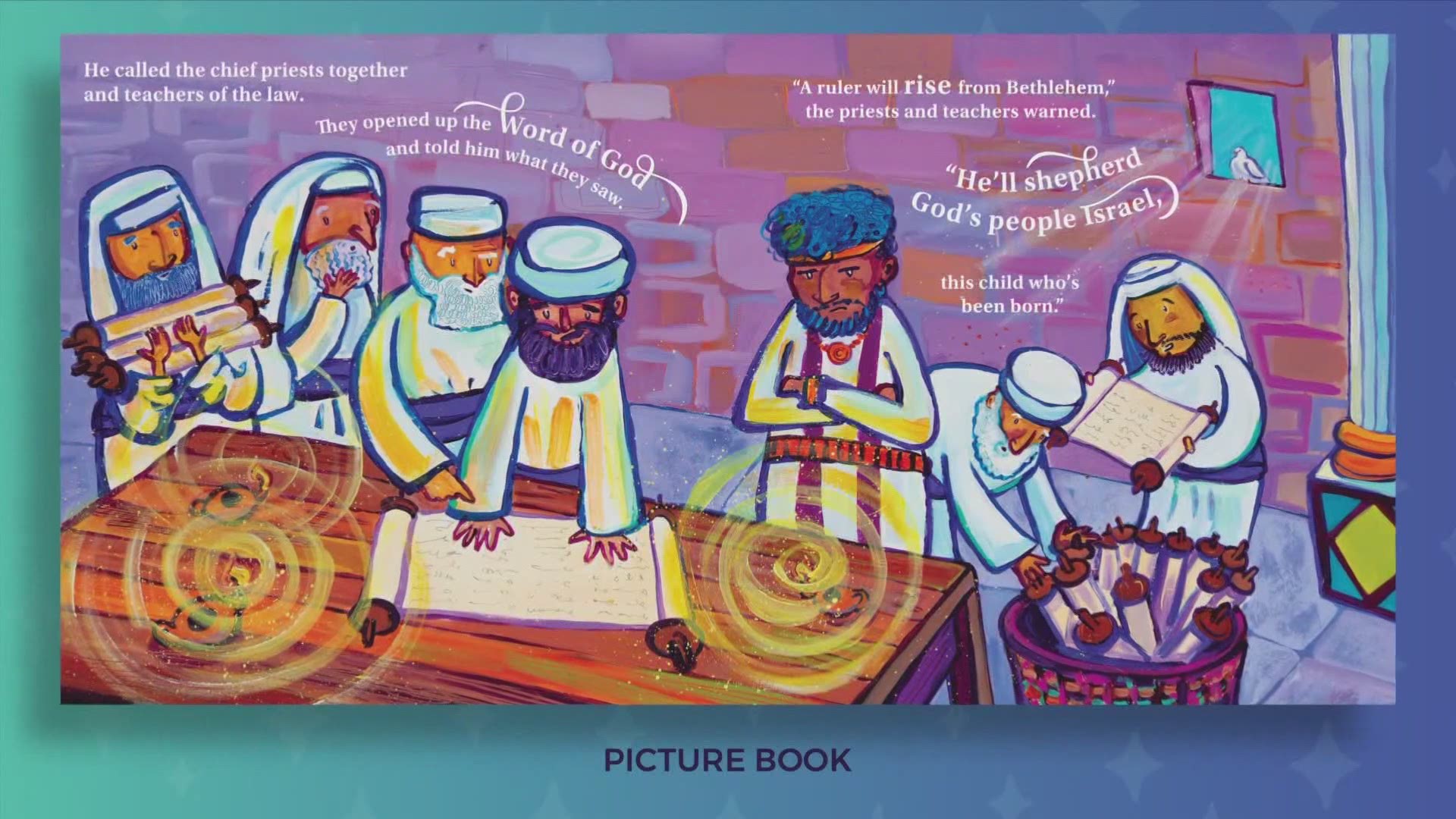 We have many initiatives here at 13 ON YOUR SIDE, one of which is promoting literacy. That’s why we’re telling you about a book, actually two books, written by one of our very own.

13 ON YOUR SIDE's Meredith TerHaar and her husband Eric Schrotenboer recently authored a children’s book and a family devotional as part of a Christmas activity set. It’s called the Wandering Wise Men Christmas Tradition. They gave Jay Plyburn the story behind the story.

“The Wandering Wise Men Christmas Tradition includes a children's book with vibrant illustrations by Joel Schoon-Tanis, as well as a 37-day family devotional that starts on Dec. 1 and goes all the way through Epiphany on Jan. 6," said Meredith. "And then the interactive part of this is the three wise men plush toys that we hope parents will hide around the house and kids will be excited to find."

“As a family, when we set up our nativity set, we put the wise men somewhere else around the house, to symbolize that they're wandering, they're on a journey,” explained Eric.

Eric and Meredith have been on their own journey, studying the Bible and teaching their children about it, in a way that’s understandable, while still being accurate.

“Eric attended Western Theological Seminary in Holland. That's where he got his master's degree. He has been passionate about teaching in the land of the Bible and has led study trips there over the course of many years,” explained Meredith. “Through those experiences, through his own learning, he's grown in his passion to share those details that really make the story come to life in a new way."

“When I get to take people to the lands of the Bible, the most exciting thing is that I get to show them the pictures in the text, the pictures that the biblical authors are using," Eric said. "And many times we don't understand those because we don't live in that area and we don't live at that time. And I think sometimes our stories get filled with tradition and the pictures get blurred. And these are the stories that we tell our children, so this is what they grow up with.

“We felt a call to tell our children accurate biblical stories, and our belief is when you tell them the correct cultural context, the stories come alive in a way they don't if you miss that."

In the children’s book, they are highlighting the Wise Men, but it’s not exactly the traditional story.

“It was about 2 years ago, we had been reading Christmas books to our daughter and son. And as we were reading them, we realized none of these books are accurate to the biblical story, to the story we get in the Gospel of Luke and Matthew," Eric said. "So we thought, what if we wrote a children's book that was accurate? What if we wrote a book about the Wise Men, and the Wise Men came much later to see Jesus than on the night Jesus was born? Because Matthew tells us that the Wise Men came much later.

"When you put the Wise Men at the birth of Jesus, you miss out on the wandering. You miss out on that part of the story, and so that's one of the reasons we wanted to write this because context matters when we read our Bibles."

The vibrant illustrations were created by Holland-based artist Joel Schoon-Tanis.

“It was such a joy to work with Joel because he has a love for the land of the Bible the same way we do. Joel has been there a number of times, so when we talk about cultural, historical and geographical context in details that we'd like to have included in the illustrations he is on the same page with us,” said Meredith.

“He took our ideas and we talked, we did some research and gave him some research. He took those ideas and made them into the beautiful illustrations, beautiful characters, very whimsical. But yet he also appreciated that we want to teach something through these books,” explained Eric.

“Our hope is that we're creating resources for parents to help teach their children and to help the whole family fall more in love with their bible,” said Meredith.

If you’d like to learn more about The Wandering Wise Men Christmas Tradition Activity Set, visit the website. 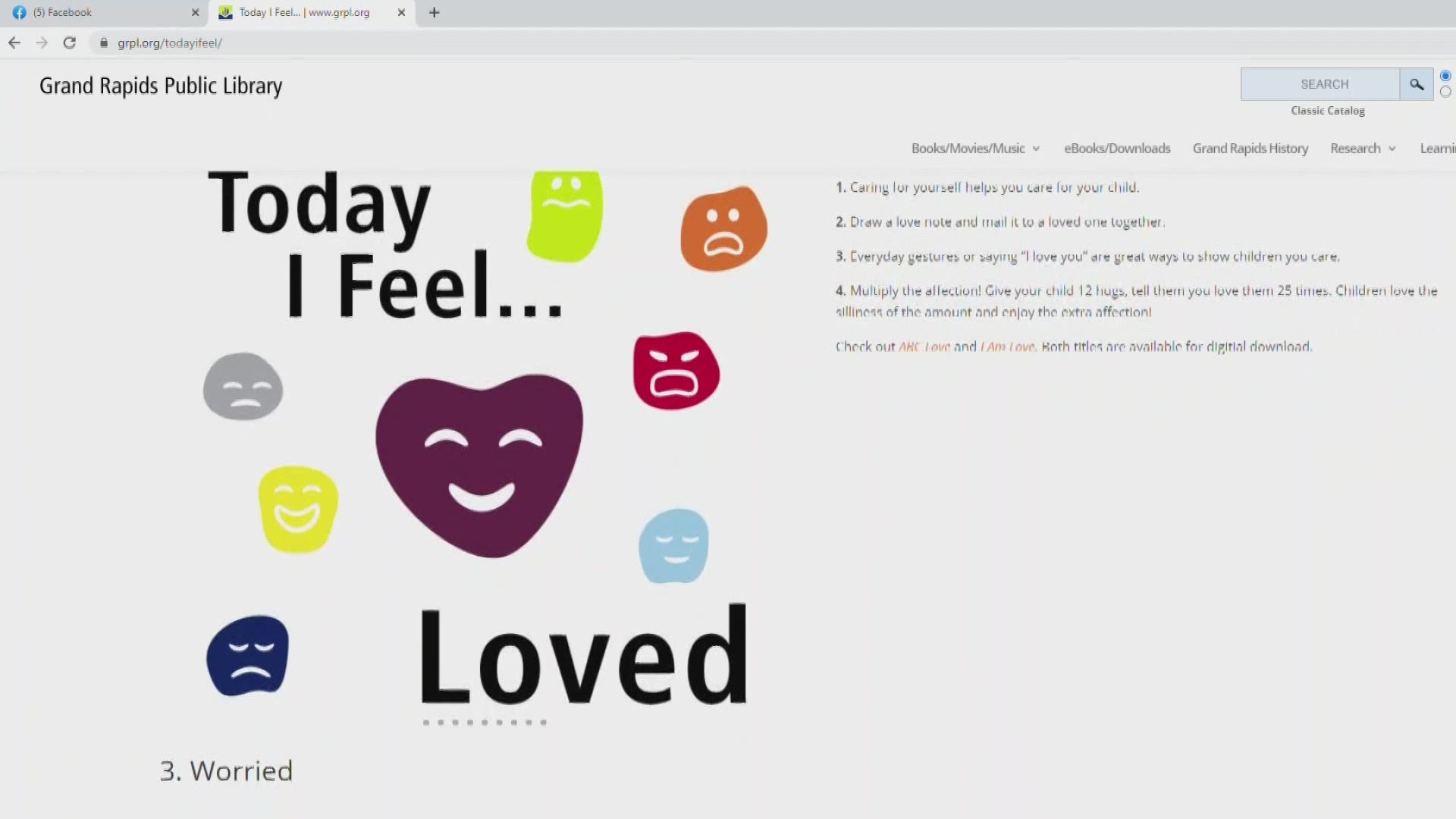