MDOT has contracts with 64 of the 83 counties in Michigan to take care of state roads. But some counties say the state isn’t providing enough money for year-round operations. 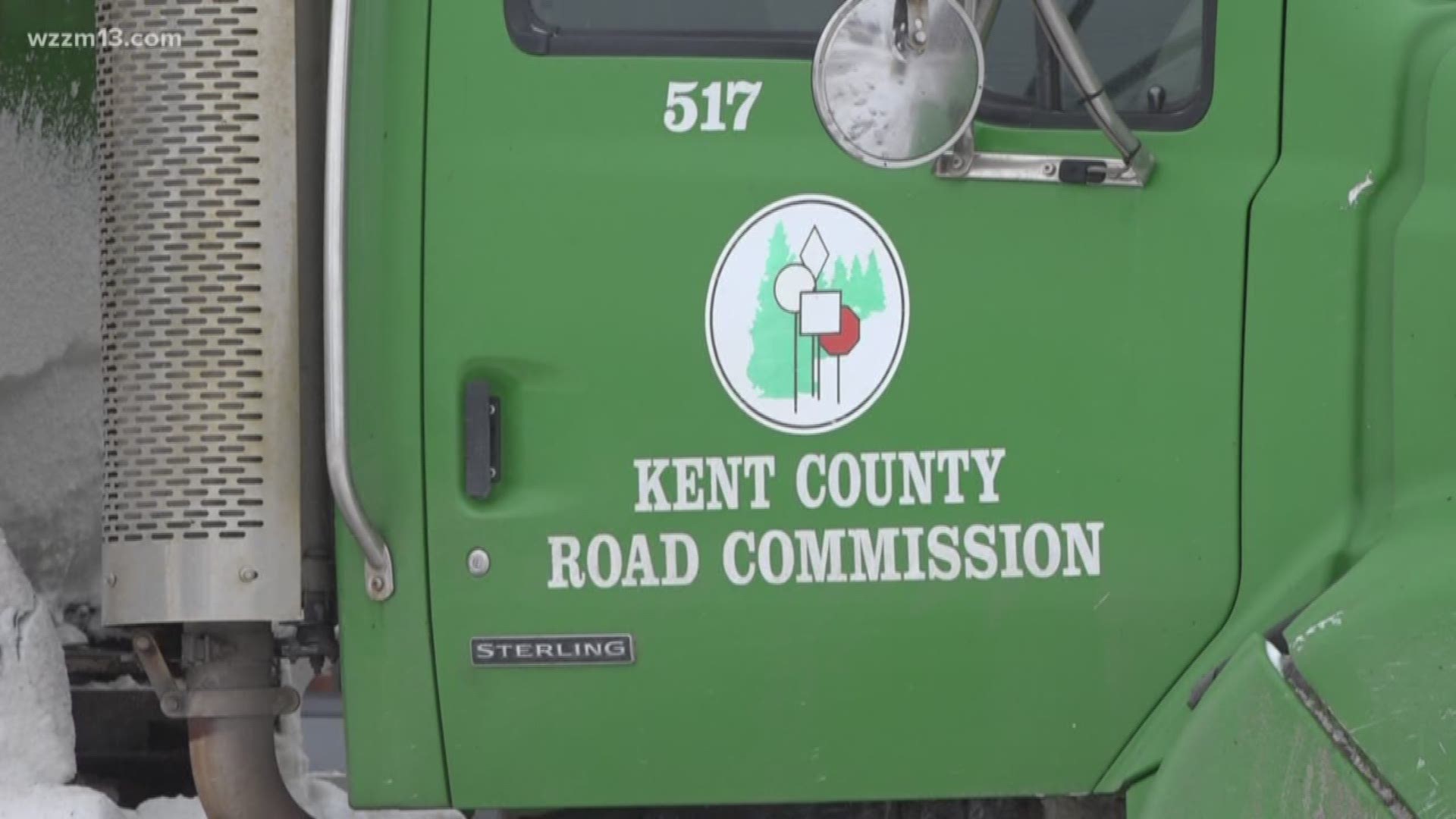 The job of clearing snow and ice from Michigan's highways and interstates falls on county road commissions in many parts of the state.

But one county said it won't do it any more.

Monroe County, in southeastern Michigan, is ending its contract with MDOT.

Leaders in that county say the state does not pay enough for their crews to do the work.

There is concern about year-round funding coming from West Michigan counties.

MDOT has contracts with 64 of the 83 counties in Michigan to take care of state roads.

The Kent County Road Commission has been one of the state’s partners for more than 60 years, and this year it has around $10 million to spend on state roads.

The problem is winter maintenance costs are increasing, and Warren said the budget under the state maintenance contract has been relatively fixed.

“During the winter, if we use up all those resources because of a lot of snow or a lot of demand with snow and ice, then that means there's less resources available for the summer months,” Warren said.

The county moves the people and resources working on the state roads onto its own road system during the summer.

“We've made a decision to increase our budget for non-winter activities, on the Kent County Road Commission network," Warren said. "That network is about 2,000 miles, so we have the work to do during the non-winter months on our system that we can apply those people and resources to.”

Essentially, MDOT isn’t providing enough of a budget for year round operations. So, then what happens to the state roads in the summer?

Warren would like to see more money put into routine maintenance, something Alex Doty, the communications administrator with the Ottawa County Road Commission, echoes.

Doty sent a statement in an email that said: “The Ottawa County Road Commission would like to see a consistent annual routine maintenance budget, and a partnership that allows for a prescribed level of service for our motoring public on state highways. Statewide budgets for routine maintenance have been stagnant over the past decade, and there is no foreseeable increase in funding. This current funding scenario can’t support sustainable year-round routine maintenance work long-term.”

"The Muskegon CRC has traditionally had a fairly positive relationship with the local maintenance coordinator for MDOT. On a day to day basis we are able to coordinate fairly well and try hard to provide them with first rate service and maintenance on the portion of the system that we maintain for them. On the regional level there is however a great deal of frustration with their decision making and budgeting for the maintenance service that we do provide. The maintenance budget has been very static with them for well over a decade and their administrative priority seems to be projects of dubious value when compared to the local maintenance needs of their system. From our experience we have found that providing first rate maintenance on the existing system will save you dollars in the long run as opposed to spending hard to get resources on newer items of questionable value."

MDOT responded to these concerns today and said there will be no lapse in service with snow plowing or salting state routes.

"The safety of motorists remains MDOT’s top priority... There will be no lapse in service with snow plowing or salting state routes. We should also emphasize that this issue is about doing the most we can with dwindling resources. Michigan’s decades of under-investment in infrastructure has taken a toll on the budgets of all road agencies, cities, counties and the state. The underinvestment is the root cause of this issue... both the poorer condition of the roads that require more maintenance, and fewer resources to invest in maintenance."

"Out of the 83 counties within the state, MDOT has maintenance contracts for state trunklines in 64. It is an efficient way to maximize resources as local agencies already have trucks on their roads.

"To reiterate, one way or another, through another contract or deploying MDOT forces if necessary, MDOT’s top priority is the safety of the traveling public and state routes will be plowed."