"The trades are not for people who couldn't make college," Service Professor President Brad Krause said. 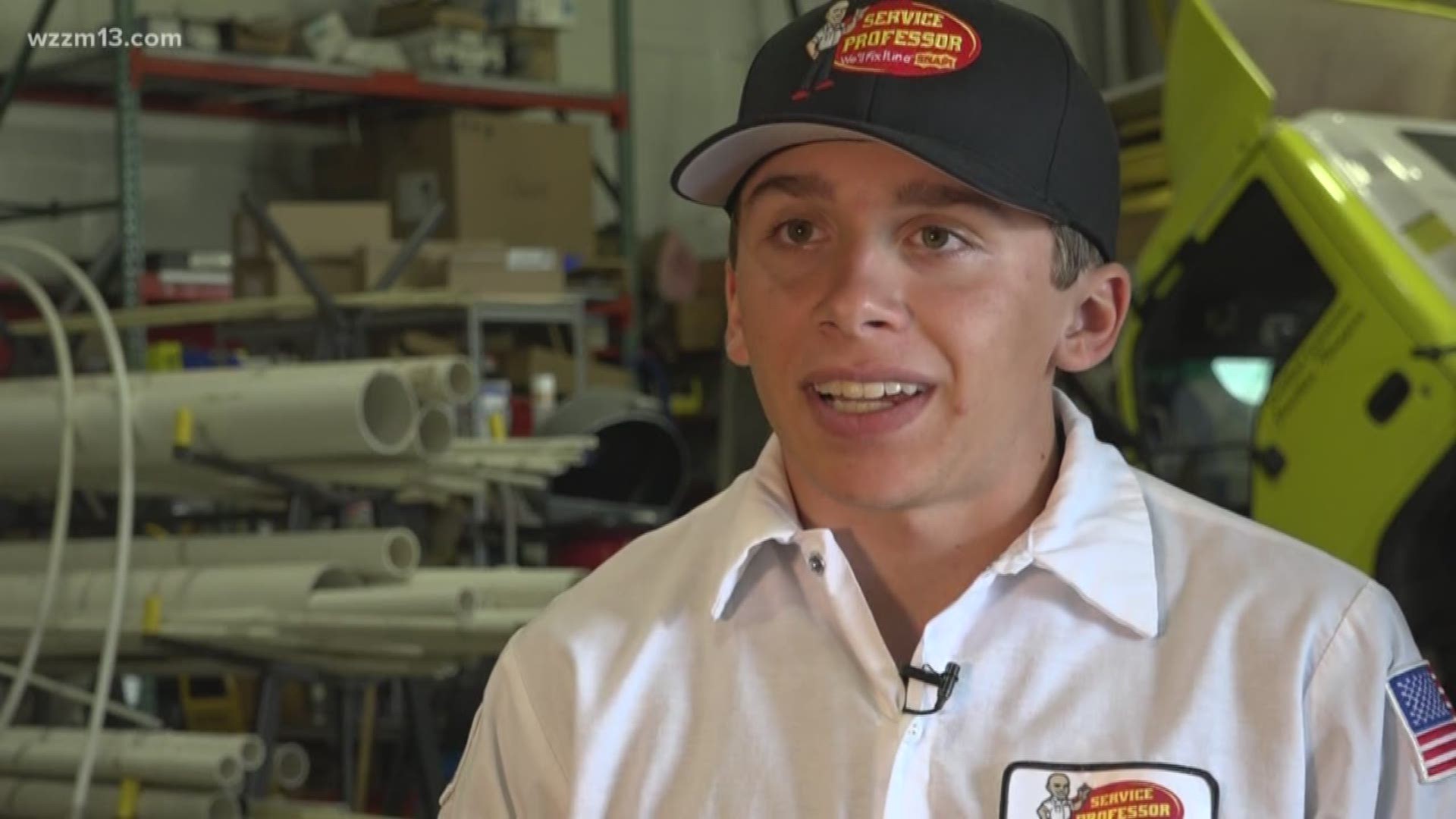 Caleb Hansen, a Zeeland East grad, and Payton Daetwiler, a West Catholic grad, both committed their skills to Service Professor. The inaugural signing day is part of Service Professor's push to attract more young people to the trades industry.

"The discrepancy between how many retirees there are from the trades every year, compared to those that are coming in—there's a huge gap there," Service Professor President Brad Krause said.

State agencies estimate that more than 500,000 jobs in the trades industry will need to be filled by 2026.

"There definitely is a stigma that you're only going to get a good paying job and be able to take care of your family if you go to college. And it simply isn't true," Krause said.

Hansen, who is going into electric work, lived that stigma throughout high school.

"You don't need to go to college. I know people say it, but you really don't," Hansen said.

Daetwiler, who is going into HVAC, said he is thankful he didn't end up going to college, just to prove he could.

"If I end up not liking, which I think I will like it, but if I end up not, then I can always go back to school," he said.

Both Daetwiler and Hansen said they would not have known what they wanted to study in college, so to be saddled with debt without a real plan -- seemed like a poor option.

Service Professor has been working to attract the younger talent pool through their new program Ride 2 Decide.

"It's exactly what it sounds like, we want to make sure those that don't know exactly what they are going to do for a career, which in my discussions with different school counselors and career advisers, that's a pretty relative issue for students these days," Krause said.

The Ride 2 Decide program also allows students to go on ride-alongs with Service Professor employees, to get a feel for the industry.

Email the Ride 2 Decide team at ride2decide@serviceprofessor.com to take part in a ride-along or to bring the crew to your school.