Many poles are already out on the north side of Division Avenue. On Thursday, the city will release more details on these bike paths and where you can find them. 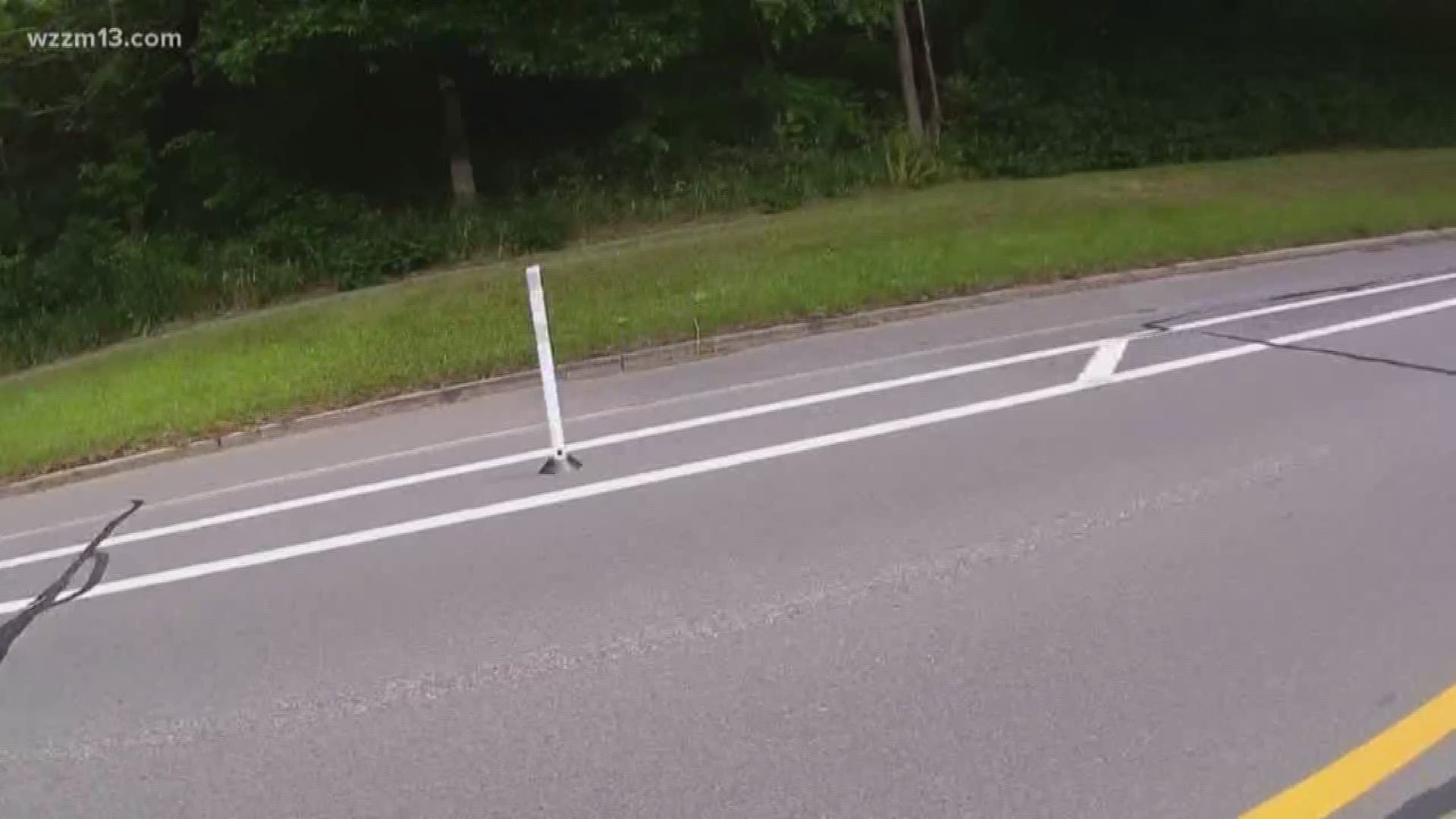 GRAND RAPIDS, Mich. - If you've been out and about recently, you may have noticed something a little bit different on some of roadways in Grand Rapids. White poles are scattered throughout some streets in the city to keep bicyclists safer.

"There's other pathways like this but without the poles," said cyclist Marcus Gray. "A lot of times I've had cars swerve into me almost, so this makes me feel a lot safer."

Gray gets on his bike every day.

"Today I rode from Hall Street to Knapp and Beltline and now I'm on my way back to Hall and Division," Gray said.

He has had some close calls with drivers.

"They'll swerve into my area. I'm sure they're not doing it on purpose, but then I hit the curb then I have to stop, and it's a whole situation," Gray said.

These new poles, make it easier for Gray and other cyclists like Dania Grevengoed.

"The only way we can make biking safer is to make better bike infrastructure," Grevengoed said.

She too has had run-ins with cars.

"I've been hit by a car before in a hit-and-run," Grevengoed said.

She uses her bike instead of her car to get to work.

"I love it," said Grevengoed. "It's good for the environment. It's a lot cheaper than a car."

She's happy to see a push for to keep bicyclists safe.

"I think it will make people more aware that bikes are out here, that people do ride them every day to get to work to get to where they need to be," Grevengoed said.

On Thursday, June 28, the city will release more details on these bike paths and where you can find them.

"I think the bike lane before was fine, but this just makes it so drivers can see it," Grevengoed said.