Lead paint was banned 40 years ago, yet lead is still the most common threat to children in Michigan. 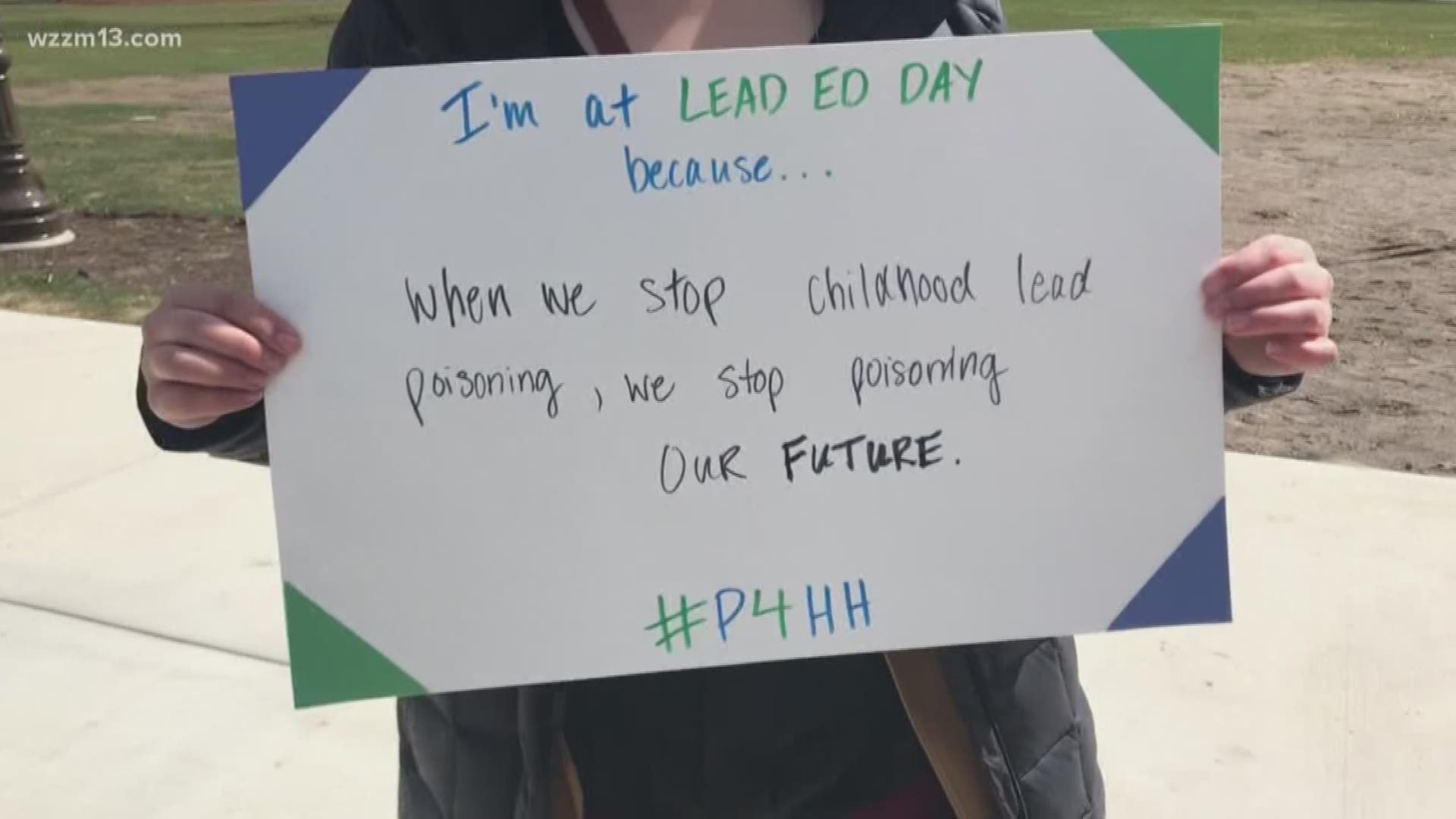 LANSING, Mich. - Lead Education Day brought more than 100 people from across Michigan to the statehouse, on Wednesday, April 18.

At least 30 of those people were from West Michigan as representatives of the West Michigan Healthy Homes Coalition, who coordinated the event with Michigan's Alliance for Lead Safe Homes.

The group was made up of nurses, members of the MDHHS, advocates and parents whose children have been directly affected by lead poisoning. They split in 17 different groups in order to sit down with as many lawmakers as possible.

Many of those parents live or lived in the 49507 area code in Grand Rapids, which contains the highest percentage of children with elevated blood lead levels in the state.

Katey Guderson's son is now 19 years old, but he was diagnosed with lead poisoning at age 1.

"I want [lawmakers] to know we need to change this now. If we don’t pay for it now, and put the money in, now... we are going to pay for it later. Just like people are paying for my child, right now. For his mental health. For people to watch over him... We are paying for what has been a very long road.”

Guderson’s son still suffers from set backs in his adult life that are correlated to side effects of lead poisoning. She now leads an effort in the Muskegon area to help spread awareness to prevent other parents and children from what her family has been through.

In order to prevent this, advocacy groups are asking for required testing of all children, along with accountability of homeowners and landlords to get rid of the lead paint in their homes.