Grand Haven City Manager: 'It is time to build a new bridge'

Based on the drawbridge’s continued problems, the City of Grand Haven has requested the U.S. Coast Guard to supply a modified bridge opening schedule for this summer. 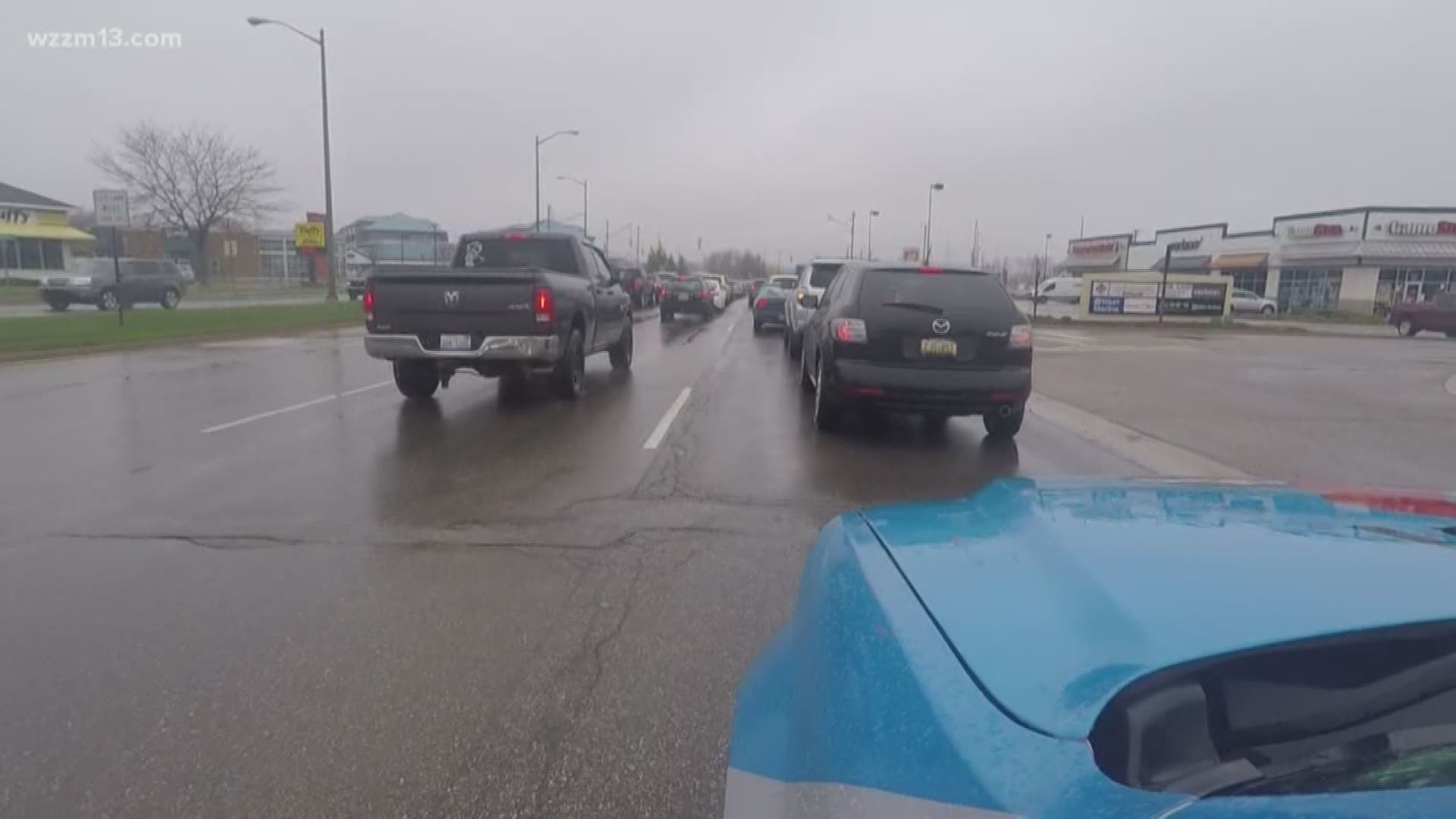 GRAND HAVEN, Mich. — (Grand Haven Tribune) Why does the drawbridge over the Grand River continue to get stuck?

That’s a difficult question to answer. John Richard, spokesman for the Michigan Department of Transportation’s Grand Region, said the testing of the new bascule system in recent months has included “debugging some of the electrical issues.”

In the meantime, local officials have requested a change in the summer bridge opening schedule, while MDOT continues testing the work done in the most recent nearly $1 million upgrade project.

“Bridge malfunctions cause inconvenience for those stuck in traffic and stress public safety resources as agencies work to move traffic and respond to emergencies,” said Jeff Hawke, director of the Grand Haven Department of Public Safety. “The continued problems increase the likelihood of delayed public safety response times.

“In addition to the public safety concerns and continued inconvenience for people trying to get to work and appointments, the bridge malfunctions also have a negative financial impact for communities and businesses on both sides,” he added. “The lost revenue for stores and restaurants is hard to calculate.”

Based on the drawbridge’s continued problems, the City of Grand Haven has requested the U.S. Coast Guard to supply a modified bridge opening schedule for this summer.

“We want to keep the bridge closed for longer periods during peak traffic times to reduce the odds of a malfunction and until the bridge is repaired and reliable,” Hawke said.

“Local sentiment is strongly in favor of limited bridge openings this summer,” he said. “We are also seeking clarity and commitment to the construction of a new fixed-span bridge. The current technology has outlived its usefulness and it is time to build a new bridge.”

What should you do in the event that the bridge is stuck open, halting all northbound and southbound traffic in and out of Grand Haven? We asked local law enforcement about their part in helping alleviate traffic issues caused by bridge problems. Here are their responses to our questions:

What is the protocol for moving traffic once you realize the bridge is not going to open to traffic because of a problem?

When the bridge malfunctions, we send an officer to the control booth to speak with the bridge operator. The officer tries to determine the extent of the problem and time frame for repair.

In most recent cases, we have not been able to determine a repair timeline, as technicians are traveling to Grand Haven from outside the area.

The biggest problem encountered with detours is that detour routes back up quickly and traffic comes to a standstill. This includes M-231, M-104, Lincoln Street, etc. Some motorists have reported better luck using I-96 to 68th Avenue through Eastmanville.

We work together with GHDPS to coordinate traffic movement. (The Sheriff’s Office) conducts operations on the north side of the bridge. Our plan is to send traffic off U.S. 31 onto M-104 (Savidge Street) to the east. Drivers can head south on M-231 across the bridge or head to Coopersville and cross on 68th Avenue.

We stage units at M-231/M-104 (Cleveland Street) and at M-231/Lincoln Street and at M-231/M-45 (Lake Michigan Drive). It can take time to position units at these locations, and traffic backups are inevitable.

What should drivers do if they are stuck in traffic, on the bridge approaches, or farther out the highways?

On the bridge: Wait in your vehicle. If the repair time is unknown or the delay will be long, officers will assist in backing vehicles off the bridge one by one and diverting them to Jackson Street.

Farther out: Wait in your vehicle and follow instructions from officers directing traffic. Police will do everything they can to move traffic as quickly as possible. Plan on long delays and try to be patient.

What are the best alternate traffic routes?

What happens if there is a medical emergency within the stalled traffic?

Hawke: First responders will do whatever is necessary to get to the vehicle, including driving off street or approaching on foot.

Kik: We have units staged throughout the county. We are able to respond to emergencies even during traffic back-ups. We assign our patrols based on priority and work with area fire departments and ambulance to coordinate response.

What happens if someone runs out of gas? Or has to go to the bathroom, etc?

Wrecker services will have a difficult time gaining access in the traffic jam. If there is a gas station close, you may be able to walk and ask for a loaner gas can.

If you’re in the traffic jam, ask fellow motorists for assistance to push the vehicle off the road. (Be careful!)

Report to the nearest officer or call 911 (Be patient, lines will be busy). Help will be dispatched when traffic clears.

Kik said area businesses will remain open during the traffic congestion. He recommends stopping for fuel if you think you may need it. This would probably be a good time to use the restroom.

Who is in charge of the drawbridge?

The opening of the U.S. 31 drawbridge at Grand Haven is under control of the U.S. Coast Guard district commander. Authority for the bridge opening schedule is delegated to the Bridge Program Office in Cleveland, Ohio.

The Michigan Department of Transportation owns the bridge and is responsible for its maintenance, repairs and the bridge operator.