As reports of thefts and shootings continue, community leaders along with local law enforcement say the COVID-19 pandemic has only exasperated the problem. 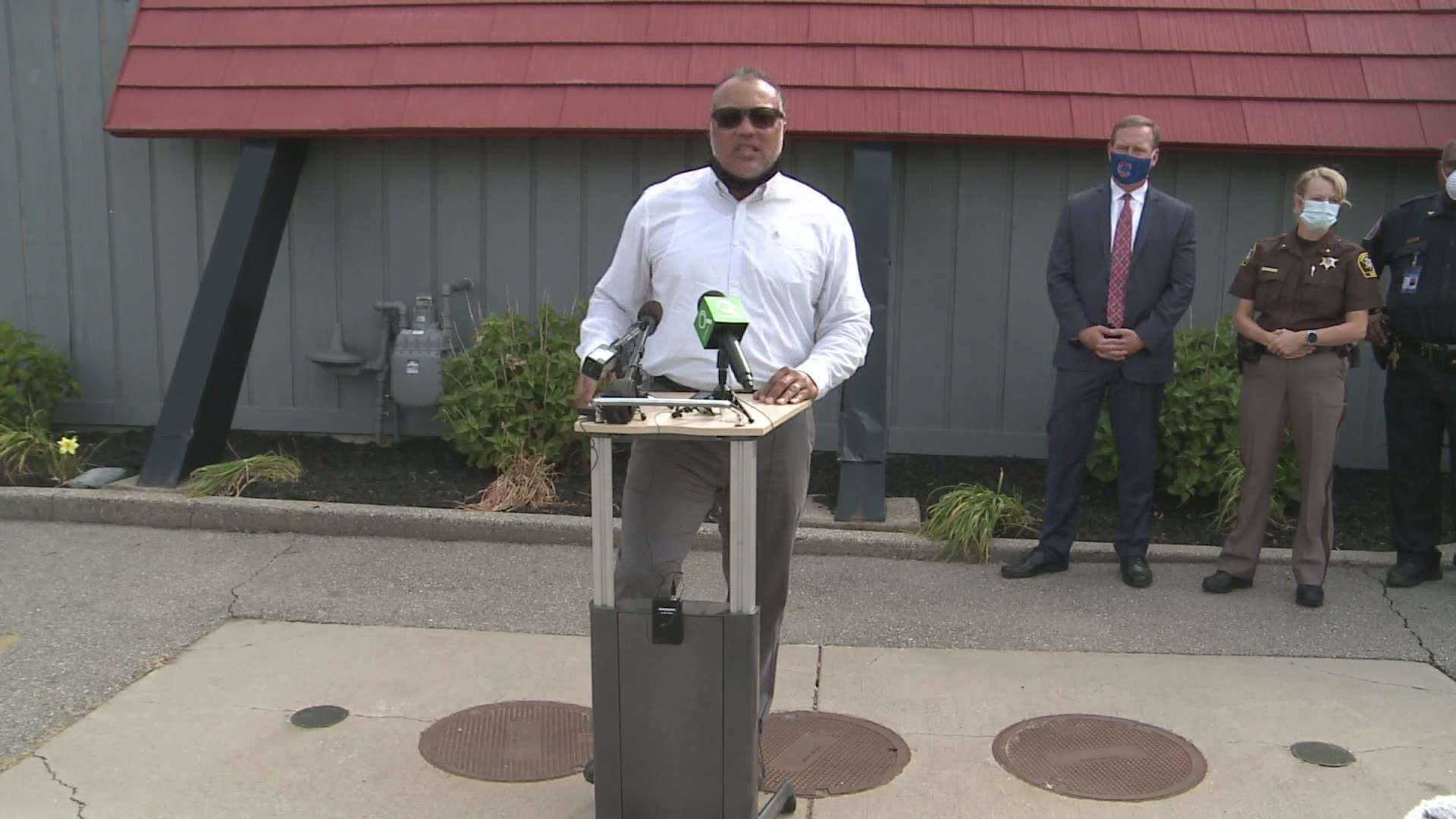 KENT COUNTY, Mich. — The people long doing the work to bring forth change to historic inequities in Grand Rapids are calling on the city, county and community to invest in those efforts.

"The goal is to create an environment where people realize there is an opportunity to be a part of the solution," said Urban League President Rev. Joe Jones, who also serves as second ward city commissioner.

Jones organized a press conference Tuesday with county and city law enforcement and community leaders at the corner of 28th Street SE and Madison Ave. SE, an area where Jones said recent crime has occurred. The press conference comes during a summer with repeated car dealership break-ins and thefts and shootings. But the press conference wasn't a plea to stop the violence, as much as it was a plea to invest in those responsible for it, who all parties agreed are often left without other options.

"There is an economic issue as it relates to these crimes. Young men are saying 'I'm not hustling to prosper, I'm hustling to survive,'" said Lifequest Ministries Rev. Jerry Bishop, who has worked with at-risk youth for decades.

Jones said money needs to be invested in the work of people like Rev. Bishop and JD Chapman Jr. of Realism Is Loyalty, who are actively engaging young people with little funding.

As reports of thefts and shootings continue, Jones and Bishop along with local law enforcement say the COVID-19 pandemic has only exasperated the problem, which is why Jones is calling on Kent County to use federal CARES Act dollars to address it.

Jones has also put in a request for those dollars to be used to help fund Cure Violence, an anti-violence model that the city of Grand Rapids has long considered but not implemented. It will cost $750,000 to implement, much of those funds go toward salaries for 'violence interrupters' employed to facilitate the program.

"It's not the silver bullet. It is a tool in the toolbox, but it has shown the capacity to engage and meet some of these young people where they are and disrupt some of the mayhem that is occurring," Jones said.

The money to implement Cure Violence, which treats community violence like a public health issue, will have to come from multiple sources. Which is why JD Chapman Jr., who has long advocated for the approach, with Annie Vandenberg, of the local Moms Demand Action chapter, launched last week a crowdfunding effort. Their goal is to raise $250,000 by the end of September.

The city of Grand Rapids has said it's earmarked $75,000 for an anti-violence program, such as Cure Violence. The county said Jones' request is 'in progress.' Jones said his goal is to have funding in place to launch the program before the year ends.

"We need immediate funding, they need help. I support using some of the COVID funds," said Becker, who said 12 young people have already been charged for over 70 crimes tied to the recent break-ins and thefts.

"I advocate that we use COVID funds to help support these missions, but far beyond that every person in this community has to get involved in this initiative," LaJoye-Young said. "This is everybody's responsibility to work together and support these young people and support these businesses and support each other."

Grand Rapids Police Chief Eric Payne also attended the press conference and said he advocated for the implementation of a program like Cure Violence, especially during a year where the city has seen over 20 homicides.

"It's been talked about for years, it's time that we come together to make that happen," Payne said. "We need to do things differently than we have traditionally."

Payne said there is not funding in the current GRPD budget to help fund the program. 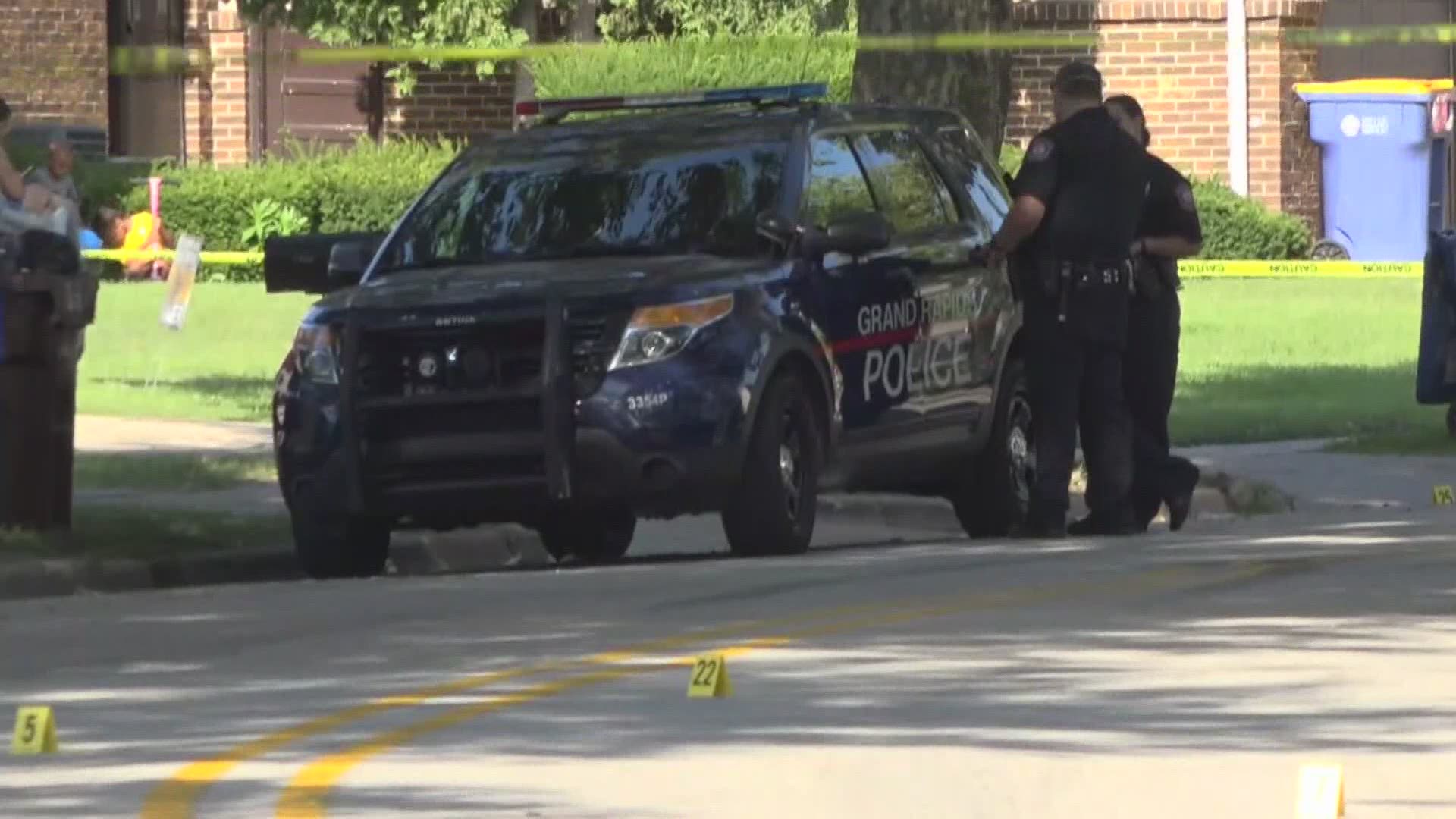