A Grand Rapids restaurant owner says he will not take down flags and a sign honoring police officers and military personnel killed in the line of duty, even if it is a zoning violation. 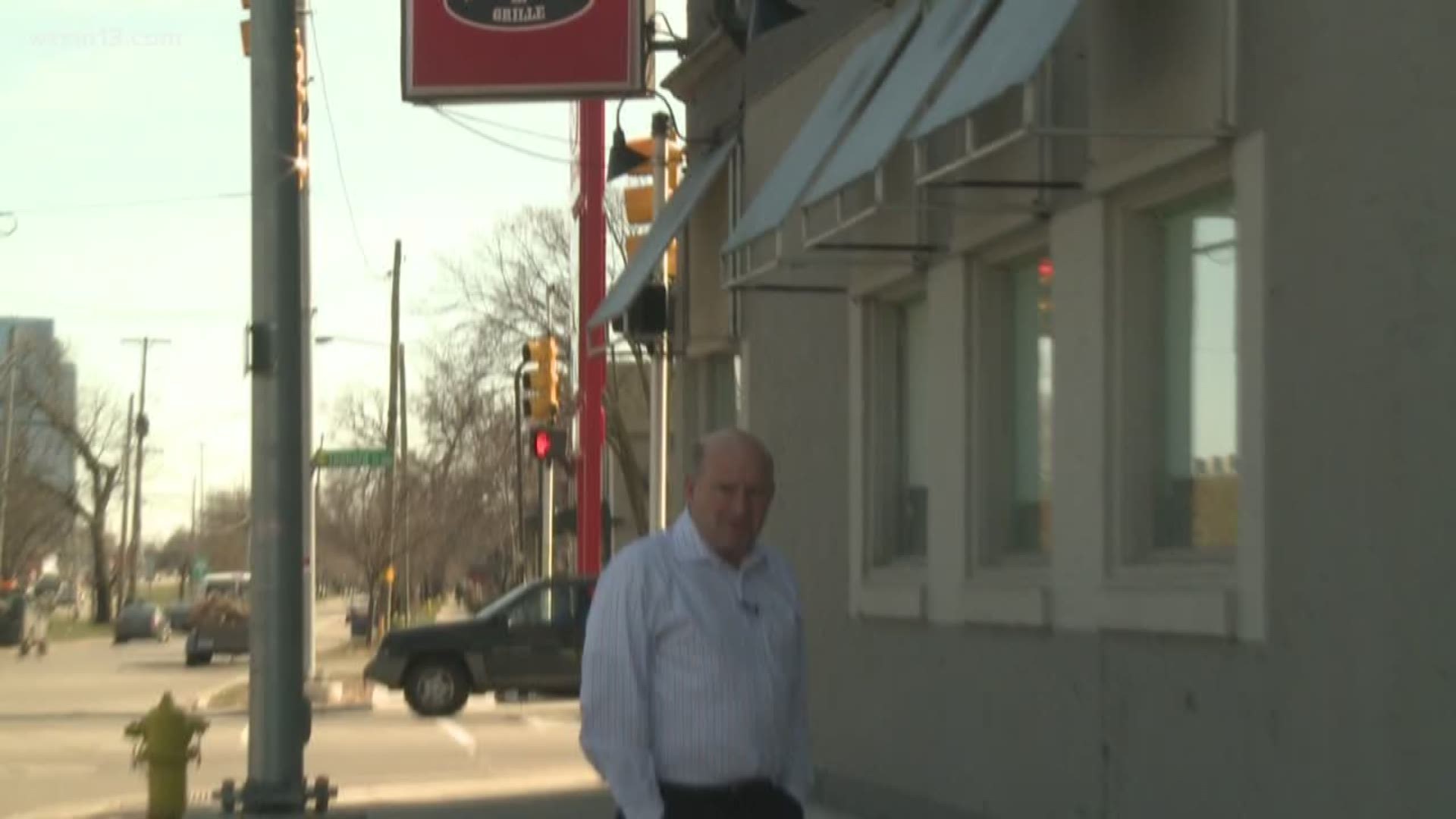 GRAND RAPIDS, Mich. - Grand Rapids restaurant owner Johnny Brann says he will not take down flags and a sign honoring police officers and military personnel killed in the line of duty.

“The flags and the names of the fallen heroes on the building are not coming down," he told us.

City leaders say the display on the Leonard St. restaurant is a violation of zoning ordinances. It has nothing to do with the content they say, but the quantity.

“I think I exceed the allotted amount for signage,” says Brann.

But the restaurant owner says he is displaying the sign and flags as a tribute to law enforcement and military personnel. He says he will apply for a zoning variance, but even if its denied he won’t remove the memorial.

“I’m going to go through the process, but regardless of the result I’m not taking the flags down,” he says. “These people gave their lives for us and they deserve to be honored and remembered. I’m going to continue to make sure they are.”

Brann did remove a pair of banners after complaints the message was political and offensive to some.

“There were apparently some people who didn’t like it and out of respect I took it down,” he says. “I’m not taking the flags down.”

According to the City of Grand Rapids web site, applicants hoping to get a sign variance must first pay a $1,349 fee. After a public hearing. the Zoning Appeals Board makes a recommendation to the City Commission where the ultimate decision is made.

“Hopefully it can be worked out to where I get an exception,” says Brann.