'It was out of control': After last meeting, Ottawa County Commissioners issue new rules for public comment

"There were also very few people in masks, and there was no social distancing at all," said Bergman, "and we're concerned that this could be a super-spreader." 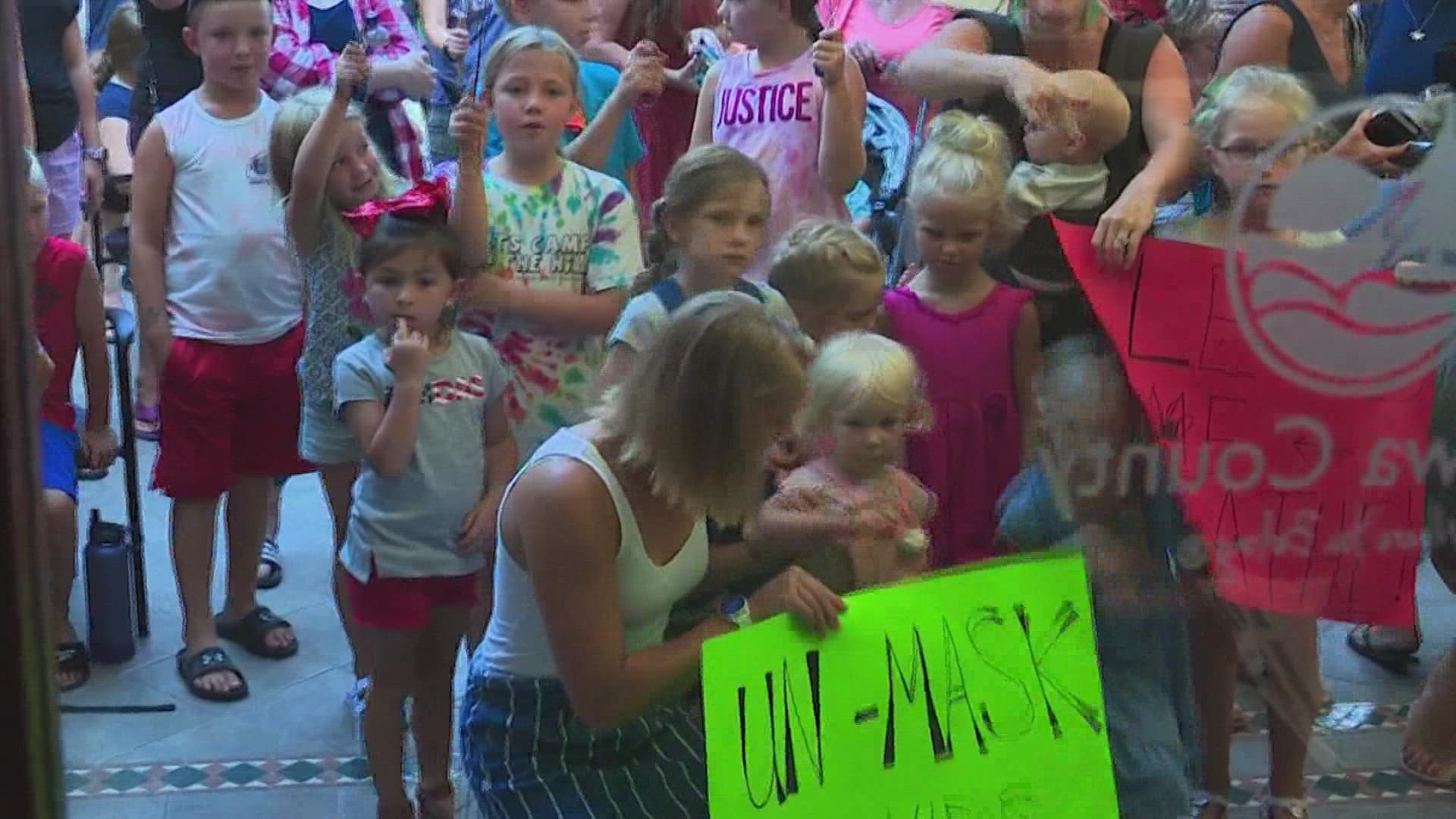 OTTAWA COUNTY, Mich. — In preparation for Tuesday's Ottawa County Board of Commissioners meetings, officials have updated the rules for public comment.

The decision comes after the last meeting where nearly a thousand people crowded administrative building.

13 ON YOUR SIDE spoke to the board's chair person, Roger Bergman and the county's attorney, Doug Van Essen about the recent policy change.

"Last time we had a meeting, it was unacceptable in terms of the noise, the heckling, and the bullying that was happening in our vestibule area," said Roger Bergman, "it was just out of control."

"There was often times when I had to pause the meeting because we couldn't hear what people were saying," he added, "so we needed to do something about that."

Their decision was to update the protocols for public attendance and comments in anticipation for future meetings. You can read those changes here.

"We're trying to make sure that everyone has an opportunity to speak that would like to speak, but there has to be limits," said Bergman.

The most notable changes are that people will not be allowed to congregate in the lobby, and each person will only be given one minute to speak instead of the previous two minutes.

Guests must sign up to speak when they first arrive and then wait accordingly. Five people will be in the board room at a time, while 10 people wait in the lobby. The next 50 people will wait in the separate main conference room.

This is all to avoid large crowds like on August 24th.

"There were very few people in masks, and there was no social distancing at all," said Bergman, "and we're concerned that this could be a super-spreader."

Bergman added that the one-minute-per-speaker reduction is to shorten the meeting.

At the last meeting, he said the Board of Commissioners listened to seven hours of public comments.

"In reality, nothing has changed," said Bergman, "We've gotten several legal opinions that have said that legally we cannot do anything to change the situation with the public health department."

The meeting will also be streamed live on Zoom and YouTube so it does not violate any open meeting laws.

"As you may know, at the last meeting there was an unruly, raucous crowd in the lobby that heckled people who expressed themselves on one side of the mask mandate. We cannot allow citizens who want to express themselves to be heckled or bullied. So, the restrictions on the lobby are designed to avoid that situation.

As for the limitations on time, if we have 600 people tomorrow at one minute each, that is 10 hours of speaking, let alone time in between. Nothing has changed on this issue since the last board meeting, where we had 7 hours on this same topic. At this point, people should be able to express themselves in one minute so that we complete the meeting on Tuesday."

"It's not that we're not listening," said Roger Bergman, "it's that we cannot legally do anything to change the order that's been given. You can say whatever you want, but we can't change that law."

You catch the Ottawa County Board of Commissioners Meeting live on September 14 at 1:30 PM here.

To speak during the public comment portion of the meeting, read more about the process here.

The meeting is held at 12220 Fillmore Street in West Olive for those who wish to join in person.

You may choose to participate virtually here.