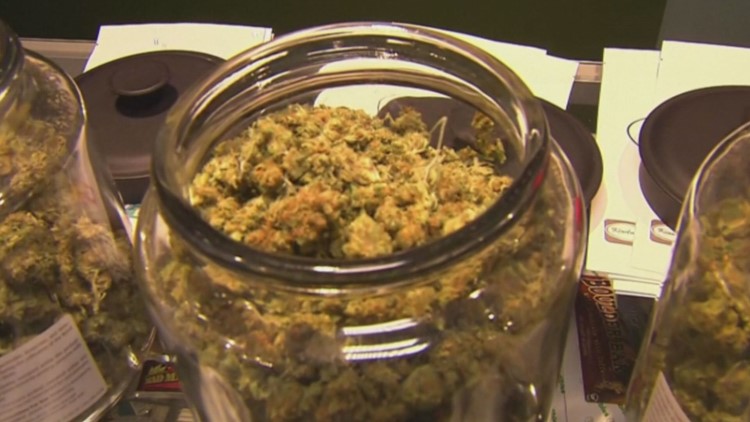 LANSING — The Michigan Medical Marijuana Licensing Board was supposed to give out the first licenses to cannabis businesses next week.

But those businesses will have to wait another month before they can open their doors after Monday's meeting was cancelled on Friday.

The cancellation came after one board member said they couldn't make the meeting and another said they would have a difficult time making it there in time. David Harns, spokesman for the state Department of Licensing and Regulation, wouldn't reveal which members weren't able to attend.

The board was set to award licenses to four applicants that represent four large marijuana growing operations, a secure transport company, a dispensary in Ann Arbor and a processor. They also were supposed to consider pre-qualifying 10 applicants for a variety of medical marijuana businesses.

But 18 months after the law was passed to regulate and tax the medical marijuana market and six months after the state began accepting applications for those businesses, not a single license has been awarded.

"Everyone wants a functional medical marijuana system and that was supposed to be the purpose of this law," said Jeff Hank, an attorney who has marijuana-business clients and who helped spearhead a petition drive to legalize marijuana. "If you don't facilitate the licensing, it makes it harder to do."

Hank said he has clients who are investing six figures into their marijuana businesses with just the hope of getting a license. Another has 15 employees who may have to be laid off because of the continuing delays in awarding licenses.

"It just creates a lot of uncertainty for people," he said. "There needs to be an evaulation of how to make the process more efficient."

A five-member board, appointed by the governor, Senate majority leader and speaker of the House, governs the issuance of medical marijuana licenses in the state. At another board meeting earlier this year, one member was absent and the board split 2-2 on pre-qualifying several applicants, leaving the licensing process in limbo.

"The Legislature should change the law and do away with the board altogether," said Matthew Abel, a lawyer and executive director of the Michigan chapter of the National Organization for the Reform of Marijuana Laws, or NORML.

A proposal to legalize marijuana for adult recreational use will be on the statewide ballot on Nov. 6. That proposal would leave it up to the state Department of Licensing and Regulation to handle the licensing of marijuana businesses. The department does the processing and background checks for medical marijuana businesses, but it's up to the politically appointed board to award those licenses.

"I know vacations and emergencies come up, but this proves even more the intelligence of the legalization proposal that removes the board from being a player in awarding licenses," Abel said. "The LARA folks are employed full time to do this type of thing rather than political appointees."

The medical marijuana licensing board members are not paid, but are reimbursed for expenses. They have had five meetings this year and have given preliminary approval, but no licenses yet, to 24 medical marijuana business applicants.

The department has received 546 applications from businesses seeking pre-qualification, meaning they either haven't yet received approval from the communities where they want to locate of they don't have a building secured yet. Another 212 applicants, who do have local approval and facilities, have applied for a license.

The next scheduled meeting of the licensing board is July 12.