Voters will decide marijuana legalization after Legislature fails to act

Lawmakers had three options: pass the proposal to legalize weed and amend it later by a simple majority vote; come up with their own competing proposal for the ballot, or do nothing and let the measure go to the general election ballot. 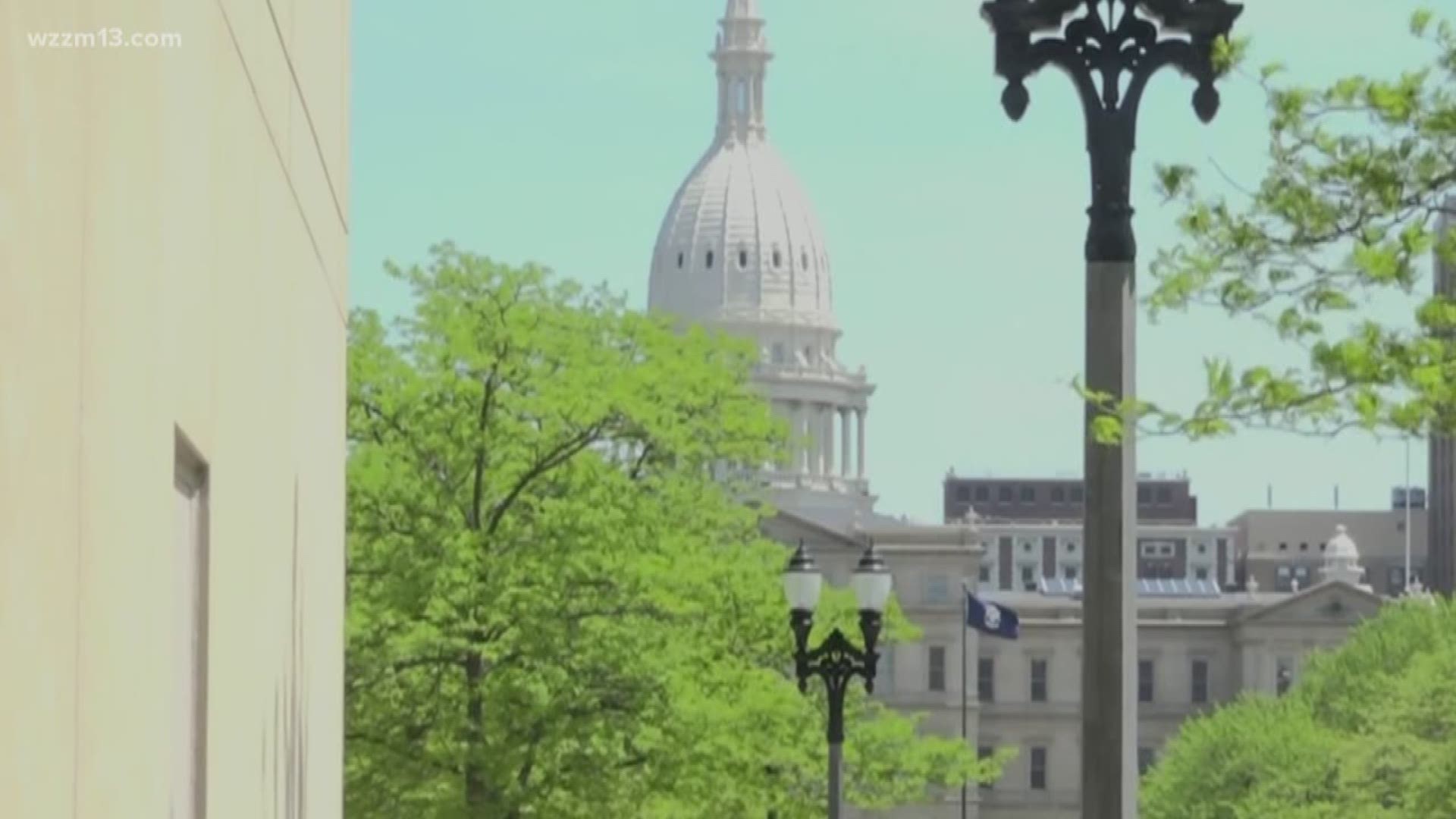 LANSING — The Michigan Legislature on Tuesday decided to punt the issue of legalizing marijuana for recreational use to voters to decide in the November election.

Senate Republicans had wanted to take up and pass the measure so they could amend it and keep it off the Nov. 6 general election ballot. But they deferred to the House of Representatives to see whether Republicans could muster the votes — 55 needed for passage — and they never got close.

"There's simply not support in the chamber to pass this right now. The voters are going to have to decide," said Speaker of the House Tom Leonard, R-Dewitt. "We're nowhere in the ballpark."

So the House declined to vote on the measure before adjourning Tuesday, kicking it to the November general election ballot. The Senate quickly followed suit. The deadline for the Legislature to take up the issue was midnight Tuesday.

The Coalition to Regulate Marijuana Like Alcohol turned in enough signatures last year to get the issue on the Nov. 6 statewide ballot, but first the Legislature had the chance to act on the petition. While the coalition supported the Legislature passing the measure as it was written, they're ready to make their case to voters.

“We are confident Michigan voters understand that marijuana prohibition has been an absolute disaster and that they will agree that taxing and regulating marijuana is a far better solution,” said coalition spokesman Josh Hovey. “Multiple polls show that roughly 60 percent of Michigan voters want to see marijuana legalized and regulated."

Lawmakers had three options: pass the proposal to legalize weed and amend it later by a simple majority vote; come up with their own competing proposal for the ballot, or do nothing and let the measure go to the general election ballot.

They chose to do nothing.

If the measure is now passed by voters in November, it will take a three-quarters super-majority vote to amend the proposal.

Getting the opportunity to more easily amend it was a selling point for Republicans in the Senate.

"I'm disappointed in the fact that it's going to be the wild wild West out there," said Sen. Mike Kowall, R-White Lake. "This is exactly what the Colorado (marijuana) Enforcement Agency told me, there's nothing you can do to stop it, but you can control it."

If it is approved, Michigan would become the ninth state to legalize cannabis for adult recreational use. A total of 29 states have approved marijuana for medical use. The state’s voters approved medical marijuana in 2008 by a 63-37% margin and the Legislature passed bills in 2016 to regulate and tax the industry, which is expected to become a $700 million market annually once the state begins awarding licenses later this year.

If the experience in other states where marijuana is legal, like Colorado where sales in 2017 were $1.5 billion, is any indication, Michigan’s recreational market could easily exceed $1 billion a year.

Republicans in the state Senate partly wanted to keep the marijuana proposal off the ballot because it’s expected to drive more voters to the polls. Higher turnout traditionally has helped Democrats, which could fuel a blue wave that might jeopardize the GOP’s majority in the state House of Representatives, Senate, governor’s office and in Congress.

One of the main things GOP lawmakers wanted to change is making recreational marijuana regulation mirror the rules for medical marijuana, which is governed by a politically-appointed licensing board that is in the process of reviewing applications for licenses, with the first expected to be awarded later this month.

The ballot proposal would have the state Licensing and Regulatory Affairs department in charge of licensing recreational marijuana businesses, instead of the 5-member board that is appointed by the governor, Senate Majority Leader and Speaker of the House.

The ballot proposal would:

Senate Republicans had been trying for weeks to attract their colleagues in the House to get on board with the legalization, even offering up possible carrots, such as tying the measure to a cut in the state's 4.25% income tax. But the House GOP wasn't biting, and were at least 20 votes short.

"Despite significant efforts to communicate the benefits of ‘adopt and amend’ to our counterparts, support did not materialize in the House. I am disappointed by this missed opportunity," said Senate Majority Leader Arlan Meekhof, R-West Olive.

They also couldn't count on Democrats for support. They were united against a legislative vote, saying the Republicans merely planned to gut the ballot proposal after passing it, pointing to statements by some Republicans that they wanted to delay enactment of any legalization until the federal government decriminalized marijuana.

"This is a decision that should go to the voters. This was an idea perpetuated by a small group of Republican donors who wanted to run the system and that wasn't something that Democrats were going to support," said House Minority Leader Sam Singh, D-East Lansing.

"I don't know if it helps Democrats (in November) because we're already pretty enthusiastic," he added. "I don't think it hurts us to have it on the ballot."