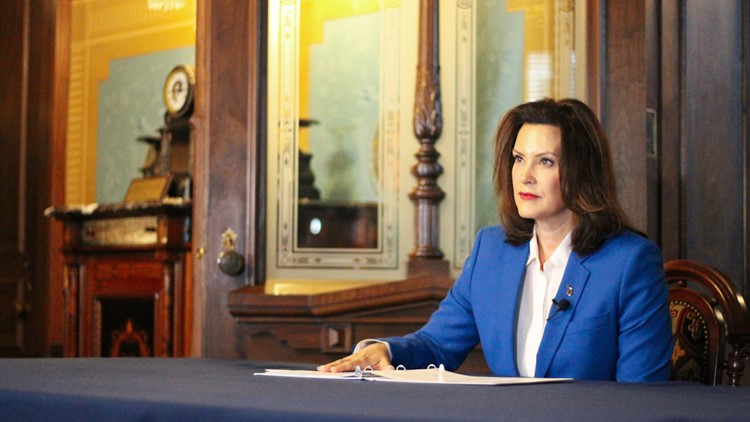 Photo by: State of Michigan
On Monday, March 23, Gov. Gretchen Whitmer implemented a stay at home order to curb the coronavirus.

'You are not immune from this,' Whitmer warns young people about COVID-19

LANSING, Mich. — Gov. Gretchen Whitmer had a stern warning for young people regarding coronavirus: You could get the virus too.

The virus has been reported as more likely to make older and vulnerable populations critically ill, but Whitmer said that is a misconception.

"Young people I'm talking to you now. You're not immune from this. You can get this virus. And in fact, 40% of the hospitalizations and positive cases are among people 20 to 49," said Whitmer during a press briefing.

Whitmer announced a statewide stay at home order Monday morning. Michigan residents are now required to stay home at all times, unless they are making essential trips or are a part of a critical workforce.

"The fact of the matter is, in America, we are seeing severe consequences in our younger people in ways that they haven't seen in other parts of the world," said Whitmer.

The governor said the reason isn't exactly known why American young people are getting hit harder by the virus, but she said several physicians have posited that it's because vaping is more popular in the United States than elsewhere and that can compromise respiratory systems.

"This is a crisis that we are feeling in ways that other parts of the world haven't even experienced," Whitmer said.

►Make it easy to keep up to date with more stories like this. Download the 13 ON YOUR SIDE app now.Have a news tip?